Sense – A Cyberpunk Ghost Story is a brand new 2.5D side-scroller delivering a spooky cyberpunk-inspired tale that is sure to keep you creeped out long after you’ve finish playing. Sense combines elements from the survival horror genre with classic point-and-click adventure gameplay, to create an end product that takes inspiration from games like Clock Tower. Sense – A Cyberpunk Ghost Story started off as an ambitious Kickstarter campaign with a goal to create an experience that rivals AAA games. Its campaign was pretty successful, meeting all but the $100,000 Reanimator stretch goal.

Before the game released, there was a bit of controversy about some of the design choices with many of the female characters, including the protagonist. The issue? Large breasts. Fortunately, the original aesthetic choices are left unaltered. While the game doesn’t feature any actual nudity, there is plenty of cleavage and sexy clothing. So, if you’re looking for a sexy yet creepy adventure, stick around.

Sense – A Cyberpunk Ghost Story is a futuristic tale set in the city Neo Hong Kong. The story begins with Mei setting out for a date at a local bar. While she’s waiting for her date to arrive, she takes a quick trip to the washroom. However, when she exits the washroom, she discovers she’s been transported to a run down and seemingly abandoned apartment building. As she explores the apartment looking for a way out, she discovers that the place might not be as abandoned as she first suspected. She’ll come face-to-face with a number of former residents-turned-spirits and will need to uncover their deep, dark secrets to bring them peace and send them to the afterlife.

In Sense, you’ll be tasked with exploring every nook and cranny as you open up new areas, meet new spirits, and uncover their pasts. You’ll be equipped with your handy PDA, a device that works as a flashlight and that keeps track of your inventory, journal, and more. The PDA is always displayed on-screen and a red light will blink any time you come across an object you can interact with. As you progress through the game, you’ll come across many items, diaries, journals, and more. Written documents will be saved to your PDA, while various items can be picked up as needed. However, this lends itself to one of the game’s biggest frustrations. Items can only be picked up if you’ve already found a need for them. In other words, if you find a knife, you won’t be able to pick it up unless you find the specific box the knife will cut open. This will require you to have a good memory and the patience to backtrack, a lot. While I can appreciate the fact that the devs probably felt it was more realistic to not pick up random objects for the sake of picking them up, the downside is the sheer amount of walking back and forth between apartments just to complete a task. It often felt like some of the tasks were designed in a way to artificially inflate the amount of time needed to complete. 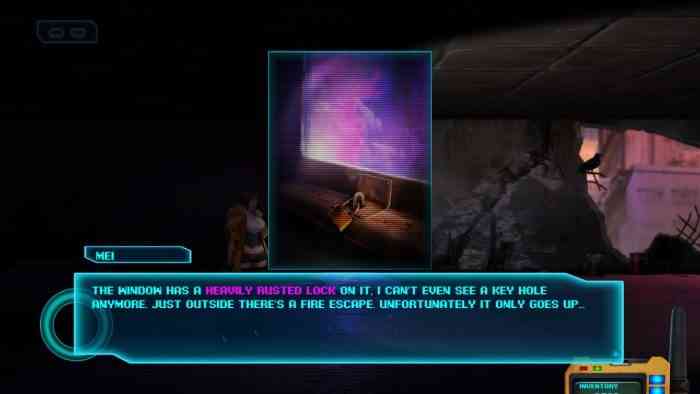 Ultimately, the goal of Sense is to survive and eventually escape. One of the ways to proceed will be to make offerings to the various spirits still residing in the building which will give them peace and send them to the afterlife. Each spirit has a different personality, and fortunately, they’re not all out to kill you. With that said, there are some deadly spirits and traps throughout the game, and often they’ll lead to instant death. To help counter death, at least in some situations, you can carry up to two jade bangles at a time. The jade bangles act as a sort of a shield from violent attacks from spirits. For the first half of the game, you’ll need to find ways to avoid violent spirits, or just be sure you have a jade bangle on hand. About halfway through the game, you’ll get a special weapon that can kill certain spirits, including a couple of boss fights. Unfortunately, the combat in Sense is atrocious. The attack has a slight delay and sometimes it’s difficult to assess if a spirit is within striking distance. Often if you miss, you’ll be left open to an attack – which can result in death. In my opinion, I believe Sense would have benefitted more by not including the combat, and instead just stuck with solving puzzles to defeat all the spirits in the game.

The Good, The Bad, and The Busty

Sense is a bit of a mixed bag when it comes to the visuals. The various apartments in the game each have a unique layout and look. Ghostly shadows and spirits will often pop up on screen, not in a jump scare sort of way, but rather more discreetly, often causing you to wonder if you really saw something. It’s clear that Sense would have benefited from reaching the $100,000 reanimator stretch goal, as there is a severe lack of properly animated characters. Mei’s character model looks great, but her movement animations are very awkward. As she moves, her arms and legs look as though she’s a puppet on a string. Of course, every time she stops moving, her boobs have a slight jiggle – it might not be realistic, but we know that wasn’t the goal. Spirits also lack any real animation, usually only a few frames of movement. On a positive note, the various hand-drawn cutscenes that pop up frequently are of very good quality. Sure, it would have been great to see fully animated cutscenes as opposed to the comic book style – but they’re enjoyable nonetheless. It’s worth noting that there are some very noticeable frame-rate dips throughout the games, often when a spirit is on-screen. I’m hoping the devs are hard at work better optimizing the game to provide a smoother experience, because the Nintendo Switch should absolutely be capable of displaying a static background and a few minorly animated characters on screen at the same time. The game’s audio has a few tidbits worth mentioning. While most of the dialog is conveyed through text, there are a few moments when Mei actually speaks. The various sounds and music, such as Mei’s footsteps, the sounds of washing machines tumbling, the screech of a cat, the soundtrack, and so on, all add to the overall spooky ambiance. And that track that plays during the end credits is friggin’ awesome! 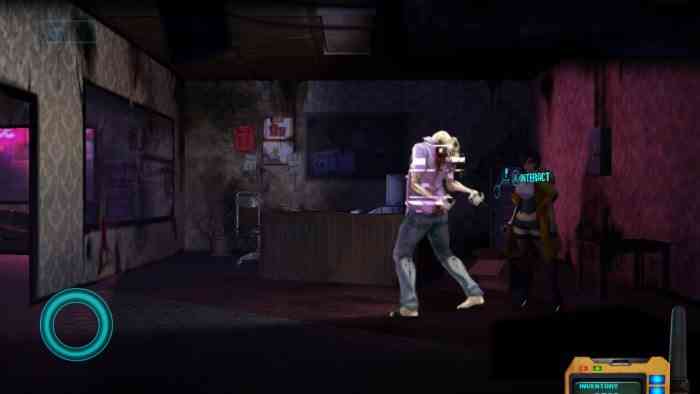 There were some things I really liked about Sense – A Cyberpunk Ghost Story. There is a lot to the game’s story. Some of the story about Mei, her sister, and Mei’s cybernetics were a bit confusing, but the smaller stories behind the spirits were quite enjoyable to discover. Upon completing the game, which I estimate took me about 7 hours, I was offered a New Game + and a separate story called Yotsuya. While I did enjoy some of what Sense had to offer, I had absolutely no immediate desire to jump back into New Game +, mostly due to the excessive backtracking required to complete tasks. It’s my understanding that more of the story is revealed throughout New Game + and maybe if the game had better pacing, I might have been more compelled to find out. Combat was another problem and I also found there were too many times when my character would be killed with no little to no warning – I learned early on to spam that Quick Save function. There are a variety of unlockable costumes that might entice some gamers to come back for more, but I can’t be bothered to put in the effort just to see Mei in a bikini. Visually the game has some positives, such as Mei and the cutscenes, but there definitely needs to be some more optimization on the Nintendo Switch to remedy the frame rate drops. I only briefly tried the bonus Yotsuya story, but was promptly killed during my first encounter with a spirit – and I couldn’t be bothered replaying the opening sequence again. If you’re a fan of spooky games and enjoy the classic point-and-click style games of yesteryear, then Sense – A Cyberpunk Ghost Story might be worthy of your time. 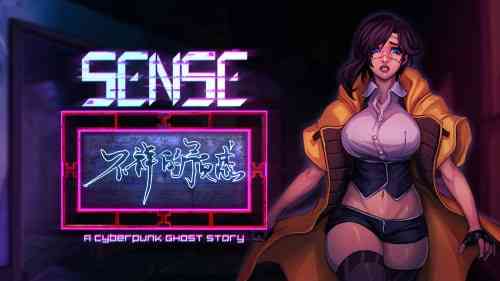