Throughout our lives, we pass thousands if not millions of signs and barely even give them a second glance. Yet, Skookum Arts has seen potential in these mundane objects, using them as a centerpiece in their debut title, The Pedestrian. Set in a world that is hidden in plain sight, this beautiful, brain teaser is anything but pedestrian.

As a stick-man or stick-woman, you traverse through various signs solving puzzles that affect the world in which the signage is housed. You are required to plot paths, connecting doors and ladders from various signs in order to create a route to the escape door. Separating itself from its peers, not only do you direct the 2D stick person but you also control the environment itself which acts as another layer in the complex knot that you are trying to unravel. Whilst the game includes tropes that you would expect in a puzzle-platformer, the use of verticality and level manipulation shows true innovation in the genre. 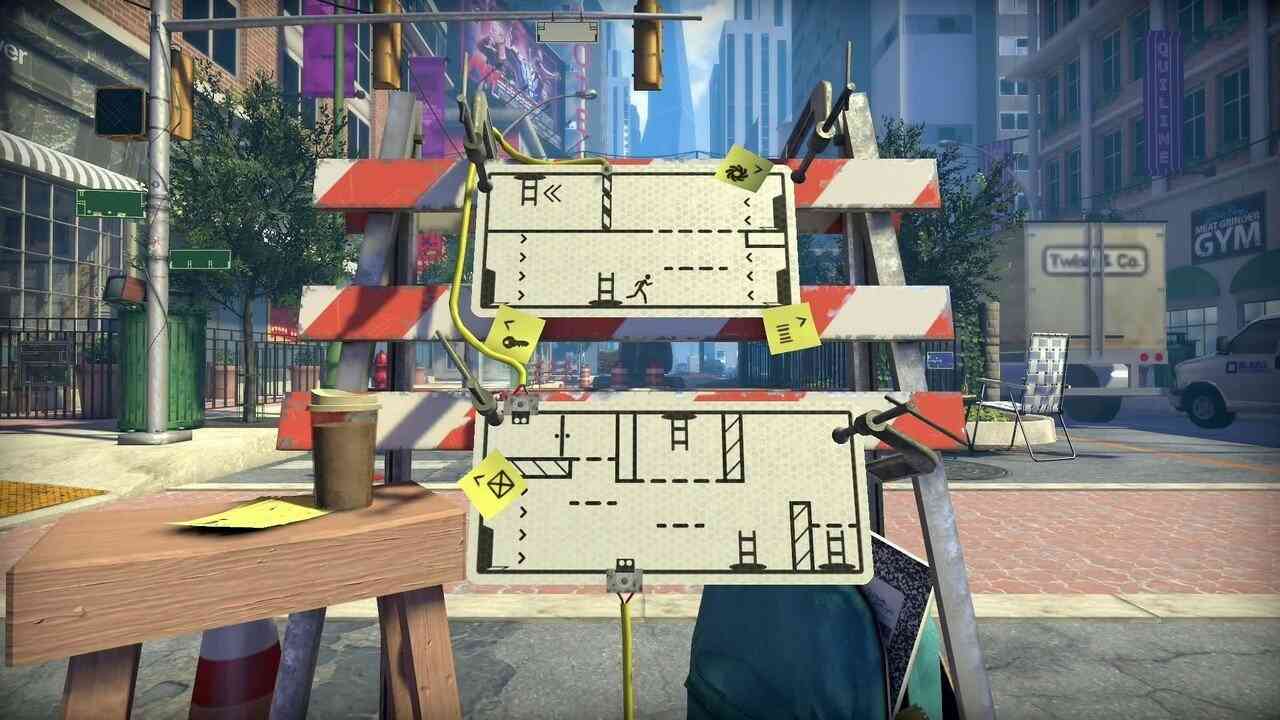 Skookum Arts’ pacing and development of core mechanics is masterful. Each stage introduces a new gameplay element that challenges you to rethink how you would have previously tackled a puzzle. Routes become more complex and less linear as the difficulty cracks up in the last third of the game creating some head-scratching moments but, it’s at these points that The Pedestrian truly shines. Throughout the relatively short playtime, I had several gaming epiphanies, which made the seemingly impossible conundrum clear and evoked that satisfying feeling of achievement. Juggling routes, moveable signs, switches, and more may sound overwhelming but due to the ingenious design, these become second nature. Each area is made up of multiple puzzles and new mechanics are introduced at the start. With the absence of dialogue and on-screen text, players can work out how to use the new gameplay elements by the design of the puzzle before them.

The minimalist design of the 2D puzzles beautifully juxtaposes the inner city backdrop of the game. Each area is filled with character and faithfully replicates the bustling streets that we are so used to wandering. Scratches and dents glimmer off signs and surfaces making the world feel authentic. Depending on the surface, the graphical style changes to reflect it. Your stick person can be represented on a 4bit LCD screen or even on a chalkboard adding variety to the areas you explore. As you complete a level, the camera beautifully tracks across the environment leading to the next puzzle. Not only is this a wonderful way to link levels, but it also creates the notion of a journey as the stick person makes an arduous trip through the city.

Accompanying you throughout your adventure is the slick, jazz-infused, Pixar-esque soundtrack. Each distinct area has its own score which helps set the mood for the environment. Whether you are strolling through the university campus or hurrying along the industrious subway, your ears will be filled with beautifully produced, charming tracks making your trip through urban life a magnificent experience.

Although The Pedestrian perfectly blends various puzzle formats to create a cacophony of brain teasers, it also relies on a tried and proven cycle which becomes slightly repetitive. Even though Skookum Arts continually adds new mechanics and flips older ones, the process of tackling areas is largely the same in the second half of the game. You will discover a hub area that encompasses several paths, each containing an item that you will need to bring back to the main area to complete the puzzle. Although this was enthralling when it first appeared, the reliance on this loop gets tiresome.

Culminating in grand fashion, The Pedestrian will leave gamers in awe when it delivers a final twist with its gameplay mechanics. Although I was hoping for the subtle narrative to conclude in a more thought-provoking manner, this didn’t affect my overall enjoyment of the puzzler.

The Pedestrian is a beautiful game that permeates with ingenuity. Each area is brimming with ideas and these are suitably positioned to not overwhelm the gamer. Due to its design, players of any skill level will be able to jump on and enjoy this unique title. Unfortunately, there are a few road bumps along the way and the conclusion of the subtle narrative is a bit of a dead-end but this doesn’t take away from the incredible journey across the city. 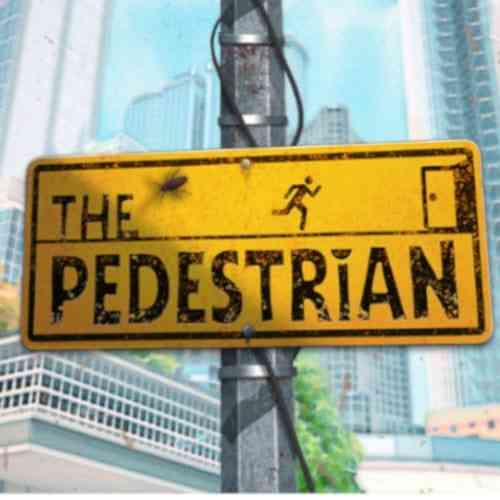