Ninja Gaiden has spent years lurking in a shadowed recess of my mind, taunting me. Why not try it again? It can’t be that difficult and frustrating, can it? Every revisit, the same agonies. Now, thanks to Cyber Shadow, I can safely put that urge to bed. What better way to act out one’s pixelated cyborg ninja dreams than this game? If you want a challenge that doesn’t completely demoralize you, than Cyber Shadow is just what you’re looking for.

Developed by Aarne “MekaSkull” Hunziker and published by Yacht Club Games, Cyber Shadow feels like the natural next step for intense action platformers. You play the last standing member of a defeated clan, tasked with bringing down a benefactor gone mad with power and grief. Every successive stage unlocks a tiny chunk of the narrative, which mostly serves as a gameplay delivery mechanism. You’re here for the action! The ‘why’ feels less important than the ‘what’ and the ‘how.’ To that end, the action is exquisite. No matter the gulf between you and success, you’ll have a ton of fun crossing it. And make no mistake, there’s a genuine challenge in wait.

Just As Tough As You’re Expecting

Thankfully, the controls are tight enough to make this challenge a feasible one. From the very start, your moves are incredibly responsive. The jump arc and the sword slash are laser-precise, down to the pixel. Once you start unlocking more moves. they fit seamlessly into the base system you’ve built. Wall slides and down-stab attacks are earned after heinous trials, along with throwing stars and air dashes. By the time you acquire these skills, you’ve had basic training drilled into your brain stem. The result is a finely-tuned action platformer machine, one that’s at least slightly prepared for the hellish ordeals ahead. At least the checkpoint system is a robust one. 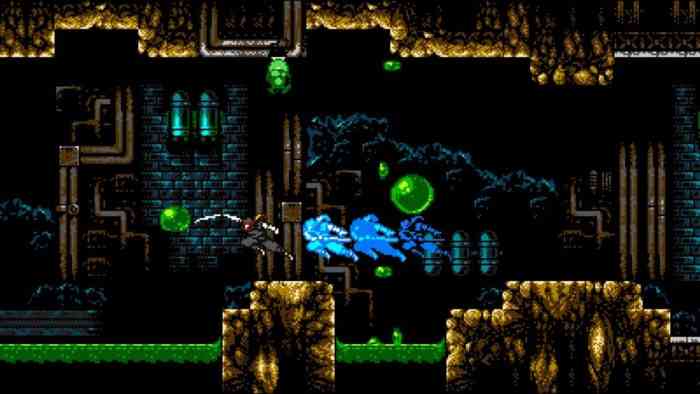 There’s been no greater innovation in modern retro gaming than the checkpoint system. Before, you had a handful of chances to get a tough task right. Now, all you need is patience and perseverance. There’s no mission, no matter how impossible, you can’t eventually learn like the back of your hand. Every boss, every stage, and every screen can be broken down into a series of quick, careful moves. Once you master the initial challenge, there’s even a series of bonus goals to wrap up. Some of them, like finishing a given stage while taking zero damage, are certain to keep you busy for a long while.

On the other hand, the currency system feels somewhat extraneous. You use money to unlock checkpoint upgrades, but they make little difference overall. In fact, the currency collection feels like busywork, something to maintain the illusion of forward progress. It’s not needed, however. Cyber Shadow makes it quite clear that your skills are all that will ever get you ahead. Anything else is a charming misconception at best. At least the skills you slowly unlock feel valuable. Making you work so hard to able to hang off walls only elevates the experience.

Work For That Wall Jump

You will somehow feel like this game is both too short and too long. A dedicated pro could knock this over in an afternoon, but the challenge will be enormous for most players. I found myself sure that I could get no further about once per stage, before miraculously making more progress. Not even the most aggravating knockback effects were enough to stop me for good. While the platforming gets downright intense, nothing is impossible with enough practice. Speaking of impossible, did I mention that this game was mostly developed by a single human being?

As a self-proclaimed pixel art fanatic, I can say in no uncertain terms that Cyber Shadow is absolutely gorgeous. The level design, the background work, the characters and the effects are all amazing. Every stage is reminiscent of the most detailed sprite work ever seen on the NES. Plus, the soundtrack is full of complete bangers. Although you’ll barely have a moment to rest, you should still stop and take in some of these visuals from time to time. Even the cutscenes are loaded with charm, a series of static images that manage to tell a compelling story. As far as pixel art goes, this game belongs in the hall of fame.

Tough, beautiful retro games might seem like they’re everywhere these days. You might be losing track of them all in the midst of this recent deluge. I promise Cyber Shadow is one of the good ones. A delicate balance is struck between challenge and accessibility, leaving you bloodied and eager for more. The art and the music is among the best you’ll see all year long. Finally, the mechanical guts of this game are perfectly tuned. While some players will be rebuked by certain NES-era sensibilities (like the knockback effect), the overall experience is practically sublime. If you’re looking for a Ninja Gaiden send-up that’s been dragged into the 21st century, look no further than Cyber Shadow. 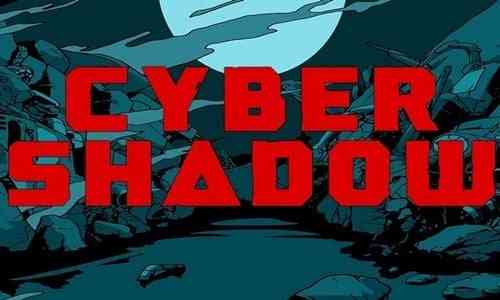