SD Gundam Battle Alliance is an RPG made for everyone who wants to try a Gundam video game. If you’re new to the franchise, this isn’t going to teach you everything you need to know. On the other hand, you don’t need to know everything to play this game. I won’t lie – you’re going to be confused with the story but if you’re a fan, you’re going to have a great time. Thankfully (or not?), the plot is quite bland so if you are new to Gundam and mecha excites you, you will be fine.

Is it for everyone?

As implied by the title of the game, SD Gundam Battle Alliance is a mish-mash of Gundam series ranging from the oldest Mobile Suit Gundam to the latest and greatest. With relatively intuitive gameplay and a decent roster of mobile suits to unlock, you can spend hours and hours on grinding the missions – as long as you don’t burn out from the repetitive play.

Fortunately, you don’t need too much background information to understand the next mission. You only need to have minimal knowledge to enjoy the action, and somewhere along the way you’ll figure out your style. In terms of franchise knowledge though, it is advantageous to know at least one Gundam series well. The story isn’t very exciting, so the appearance of known characters will make the game more interesting. It also hits you in the feels when a familiar song plays, motivating you to fight and keep going. 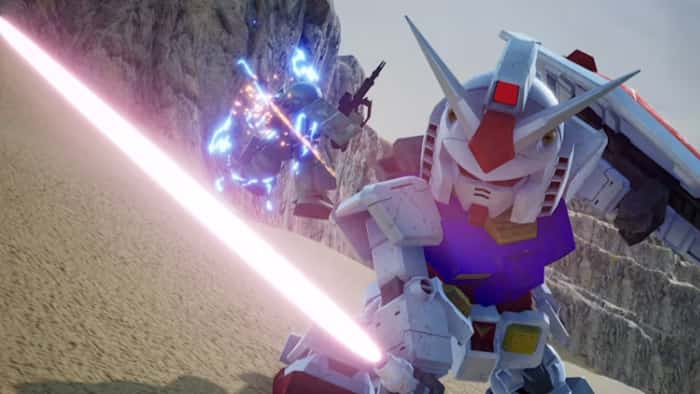 Taking place in the “G. Universe”, SD Gundam Battle Alliance is about recreating Gundam battles to fix the world’s non-canon mess. In this world, characters were appearing in incorrect stories and timelines, causing distortions in the Gundam universe. You play as a Commander, tasked to make things normal again with your programmer Juno. With help from two other Gundam pilots of your choice, your goal is to lead battles in familiar stories and ensure history repeats itself.

The Grind is Real

The plot of SD Gundam Battle Alliance may sound neat, but in actuality, it is quite bland. Luckily the quality of story-telling isn’t correlated to the actual gameplay, which was fun and filled with nostalgia. There were two difficulty settings and players could always change the mission to “Easy” if the battle was too challenging. Easy mode does mean you’ll earn fewer parts, but it allows you to collect experience and capital – the in-game currency – at a good rate.

Missions were timed and repetitive, but relatively short with fair rewards granted upon completion. Every mission followed a similar format, which included hordes of weak enemies attacking you prior to a boss fight. Once you fulfill the requirements, your task is complete and you and your partners will earn experience and friendship points. Your Gundam stats can then be upgraded with capital and parts. As you progress, you can unlock more mobile suits and characters to partner with, making all your mecha dreams come true. 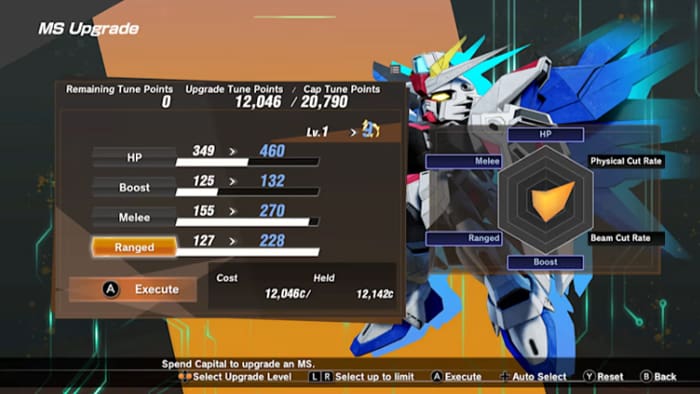 However, dreams are often hard to achieve, and SD Gundam Battle Alliance makes sure you work hard for it. As with all RPGs, there is a grinding element and this game is no different. In order to advance and complete new missions, you’ll need to upgrade your Gundams. To upgrade your Gundams, you’ll need to replay missions over and over again to collect parts, capital, and blueprints. The different missions themselves already feel repetitive, so this isn’t something you can continuously do in one sitting.

Another observation is once you begin a mission, you cannot stop. There’s no pause button available and the lack of this feature can be frustrating. If you need to leave for a few minutes, you risk having your time run out. The alternative is not better: you can abandon the mission, losing whatever progress you had made. Sure, the missions themselves don’t take a long time to beat, but there’s no good reason why I can’t pause my game at any time.

SD Gundam Battle Alliance delivers a solid action RPG with solo and multiplayer options. On one hand, you can enjoy the RPG on your own with two AI partners of your choice. On the other hand, you can enjoy missions with your friends without having to rely on a computer to collaborate with you.

When you are playing solo, you are partnered up with two AI pilots. You can command them to perform their special attack and heal them when they are down. Likewise, if your HP has fallen to 0, they can come to your aid and restore your health. Healing is not always performed immediately, but one could argue an actual friend may take just as long. 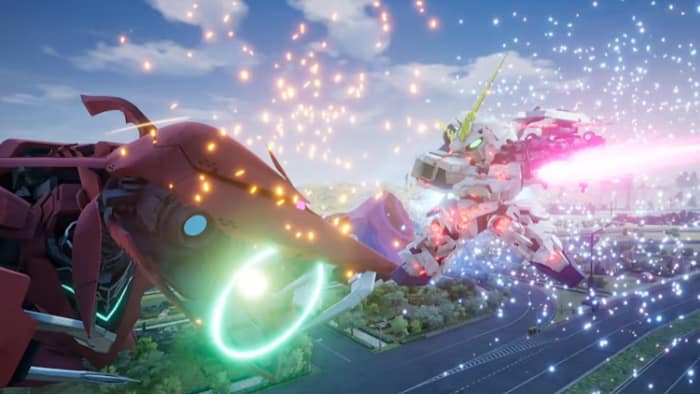 Online multiplayer is an excellent option to work with real people as opposed to AI. Players can open a room or join one, and this is a great way to make progress in the game. It can be intimidating at first if you look at the available rooms and see players that are Level 70 and beyond. When I first joined online, I was Level 15 and my incompetence was evident. That actually motivated me to grind more, which ironically I did alone. I always preferred to tackle and grind RPGs by myself, so SD Gundam Battle Alliance hit that balance perfectly for me.

SD Gundam Battle Alliance is not perfect, but there’s no denying the enjoyment one can get from it. Whether you enjoy playing solo or joining online with friends, there’s something suitable for everyone. Sure, it’s more fun if you know some main characters and villains, but it’s still entertaining if you’re new to the franchise. For myself, it was a pleasure to experience the modern nostalgia, and I’m positive other Gundam fans will feel the same.