Imagine if someone handed you a box densely packed with miscellaneous parts. Circuit boards, wires, cables, metal boxes, batteries, power cords, and switches. Your task: build something. But what? A computer? A microwave oven? A toaster? That was kind of how I looked at RimWorld on PC. It was an intriguing and utterly intimidating collecting of mechanics. I eventually figured it out enough to get hooked, and now RimWorld‘s mystery box has landed on consoles. Here you go. Have fun.

Emergent Fun on a Hostile Planet

Ludeon Studios’ RimWorld first appeared on PC in 2018 and over time has gained a reputation for being both brutally difficult and infinitely addictive. Both are absolutely true. The difficulty comes from the dense number of mechanics and the game’s unpredictable elements. The addiction comes from the constant surprises and dopamine drip of little successes, incremental progress and an utterly engaging world.

The elevator pitch idea — which could describe a dozen different games — is that you control a small band of colonists who have crash-landed on a distant, procedurally-generated planet. Your task is to eventually get out of Dodge and rocket away.

RimWorld is a top-down, 2D strategy game with deceptively primitive graphics. In fact, the game’s art style is a masterclass on how to make expressive characters and memorable events out of a handful of pixels. The console edition happily doesn’t fancy up the visuals with effects du jour like ray tracing or new textures. It’s a good thing, because RimWorld’s faux-simple art is singular and perfect. 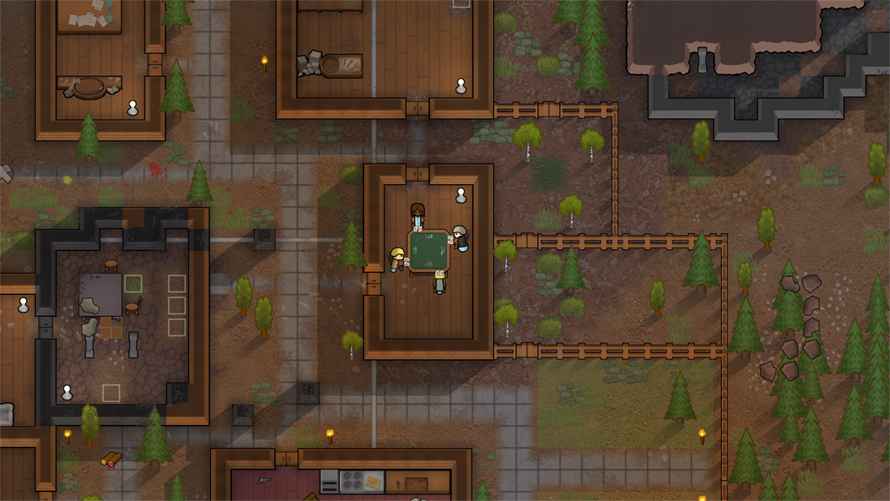 Pixelated Drama in a Galaxy Far, Far Away

If RimWorld’s premise and graphics are basic, where does all the fan-love come from? Play a few hours — or many — and you’ll understand. There are so many moving parts under the hood, so many unexpected events and shocking surprises to react to that it’s impossible not to be engaged.

Like with most survival/strategy games, your basic goals are building, crafting, growing or hunting food, making war or maintaining peace, and inching up the tech tree. You start with a small group of very specific colonists under primitive conditions. Things get interesting right away. In addition to needing the basics to survive, your colonists have complex moods, thoughts, and reactions to events and other people. They bicker, have affairs, and hold grudges and resentments. Some of them are pacifists, others are killers. As the godlike figure trying to provide for, and guide, your people you only have so much control.

Maybe the biggest of RimWorld’s innovations to standard strategy is the storyteller mechanic. There are three AI storytellers, each with specific predispositions to things like natural disasters, peaceful coexistence or dramatic structures. The job of the storytellers is to generate unpredictable events to which your colony (and you) must react. You do have some control over the challenge, at least.

Double Eleven’s task when bringing RimWorld to console was making the game accessible to players not necessarily accustomed to hardcore simulations. Additionally, the game’s dense interface had to work with a controller. Finally, the mountains of text and small world details had to be legible from, as the developers noted, “ten feet away.” 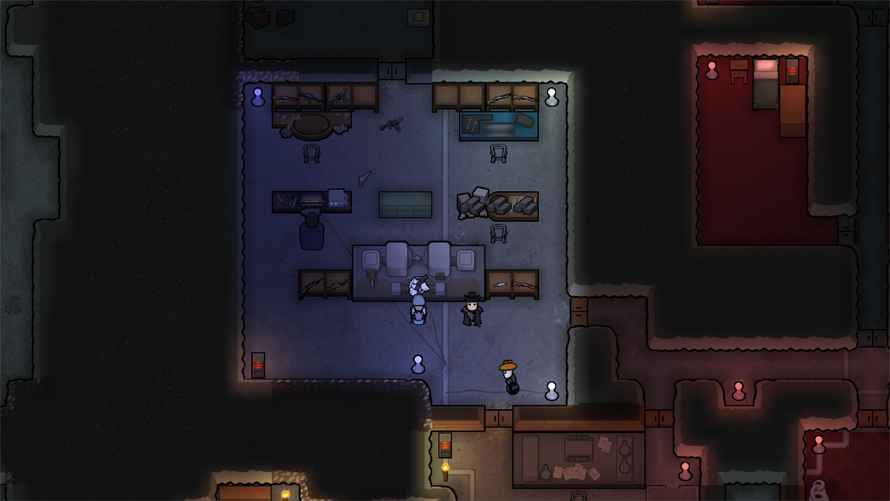 In most ways, they succeeded. In particular, switching between menus and submenus and controlling the characters works well. As to making RimWorld more accessible, well, there’s only so much Double Eleven could do. The tutorials have been beefed up but they still leave a mountain of mechanics unexplained. Combat, for instance. As for the couch-distant view, I think that’s entirely dependent on the size of your monitor/TV. There’s no getting around the sheer amount of text and activity on screen.

In general Double Eleven and Ludeon have gifted console players with one of the best and most rewarding strategy games of all time. RimWorld is still difficult to master, complex and demanding, and the port to console hasn’t changed that. But, surprisingly, it’s entirely possible to sit on the couch, controller in hand, and have the same intriguing and addictive experience PC players have enjoyed since 2018.