Square-Enix has released two SaGa games, never before released in North America, within a month of each other! The second of these two games is SaGa Scarlet Grace: Ambitions, which is an ambitious (knuckle dust!) port of the formerly Vita only SaGa Scarlet Grace. It’s an excellent port of an already very good game, and aside from the odd leveling system, it’s one that JRPG fans should be chomping at the bit for.

For me, the driving force behind a great JRPG is its story, and SaGa Scarlet Grace: Ambitions has a doozy of a setup. A God called The Firebringer has been cast out of his world, and has brought chaos to the human world with his arrival. The world unites as an Empire, which defeats The Firebringer after centuries of fighting. Rebellion has arisen in the aftermath of the Empire’s success, and the player’s character sets forth into this setting. Epic. Unlike most JRPGs, the SaGa games aren’t about linear storytelling so much as creating a compelling world for the protagonists to adventure in. I started my adventure very excited to play.

The game begins with a choice of one of four heroes. There’s Urpina, daughter of the head of one of the Empire’s great houses, Leonard, a frontier farmer, Balmaint, an executioner, and Taria a ceramicist. The game begins with a series of personal questions which determine which character the player uses. The game encourages multiple playthroughs to experience all the characters’ stories. The menu even asks which characters you’ve completed the game with, before asking your questions. For the curious, my first playthrough was as Balmaint.

The first thing I noticed about combat was that it has sparse backgrounds, but features dynamic camera angles. It was an odd juxtaposition, but made combat no less enjoyable. Combat is turn-based, but with a heavy emphasis on timing, and choosing who attacks in what order. Experience points are given based on which stats are used: if a character takes damage, they gain experience towards their HP, if abilities are used it leads to the unlocking of other ones, etc. Battles have bonus goals that can lead to extra experience. It’s fun to experiment with different attacks to try and unlock United Attacks. The downside to all this is that combat relies heavily on blind experimentation. While this could be fun to some, others will find it unintuitive, and potentially quite grind heavy. If certain stats fall below the general difficulty curve of the game, players will find themselves intentionally being attacked, or using abilities that don’t lead to combat ending swiftly. 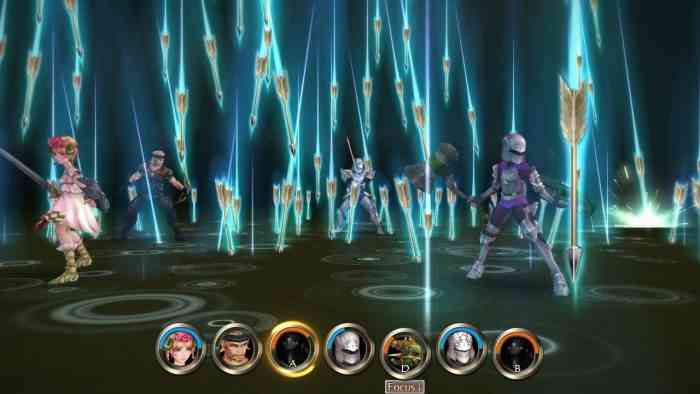 This port of SaGa Scarlet Grace has several new features. The most exciting is two new characters that can be added to the player’s party, as well as additional weapons and skills. The game now features plenty of solid voice acting, and the graphics have been improved. While the graphics aren’t going to blow any minds, they do look very good considering this is a Vita port, and there are elements that make the visuals satisfying, such as the pop-up book-like locations on the world map. The music is suitably epic and orchestral. While I won’t be buying the soundtrack, there were times that I stopped and listened, which is always the sign of an excellent score.

SaGa Scarlet Grace: Ambitions is a SaGa game through and through. Unfortunately, that means it’s not for everyone. Even JRPG fans could find it tedious and grind heavy. Those who do find SaGa Scarlet Grace Ambitions’ gameplay enjoyable will have a long, interesting campaign ahead of them, featuring tons of customization options and multiple storylines. The value of this game cannot be understated. For those unfamiliar with the SaGa series, the recent Romancing SaGa 3 might be a better series entry, as it’s a bit simplified, and has a more retro aesthetic. It can be much faster-paced and would be an easier place to try SaGa’s levelling up system. Still, SaGa Scarlet Grace: Ambitions is highly recommended. 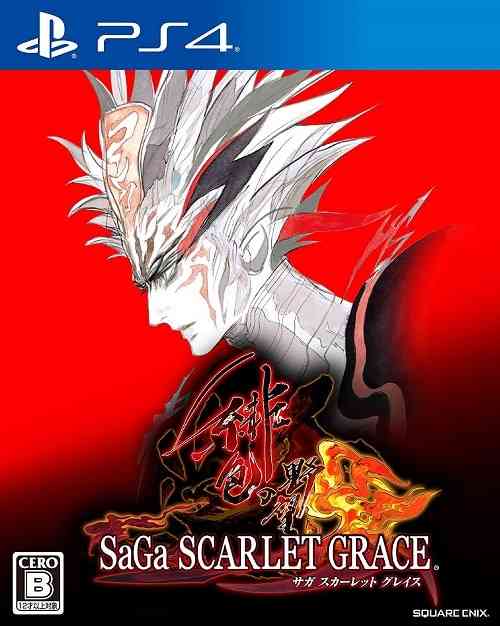