Are you hungry? Is it possible you’re craving a little snack? Spooky Squid Games Inc has you covered. If you pick up Russian Subway Dogs you’re bound to crave some new cuisine. Shawarma, elk, babushka, and more await the hungry animals in the Moscow subway. It’s your job to make sure they survive. Offering puns, points, and proletarian propaganda, a fun experience awaits. Short and simple games like RSD can flop and provide experiences that are boring or grating. I’m happy to say that RSD does not have any of these traits. There’s purebred fun packed within this title.

At its core, Russian Subway Dogs is a simple game with a simple premise: collect food in the subway to satiate your hunger while avoiding obstacles. You’ll gain points during every level depending on several factors. Each level also has a high score, a ranking system, and bonus missions to complete. Slap on an endless mode and tons of unlockable characters and you’ve got a well rounded game. There isn’t a full story, not even in the campaign mode. This fact is disappointing considering the writing and ‘story’ we do get. The funny dialogue that starts each new level and during play will make you chuckle or crack a smile often. If that sounds like it’s going to turn you away I assure you that the gameplay very much makes up for the lack of story.

Who Let the Cобаки Out?

The idea of each level is simple and easy to understand. Your goal is to survive long enough to get on the final train by eating food carried by the humans. You can get the humans to drop whatever they’re carrying by barking behind them and scaring them. Some of the basic items on the menu are shawarma and vegetables. You’ll need to both use and watch out for vodka too. These bottles of volatile explosive liquid will do damage to you if they hit the ground near you. On the flip side, the explosions will cook food, increasing the point value. Barking underneath a flying bottle will juggle it and increase the point multiplier. Juggling these bottles is key to getting higher ranks and beating level missions. Alongside the vodka you’ll need to watch out for dobermans, poodles and more. These dogs, as well as more animals down the line, will actually eat your score away. If they get their paws on your food, you’ll lose points. Each enemy functions in a unique way – poodles will jump to catch food while dobermans stick to the ground. 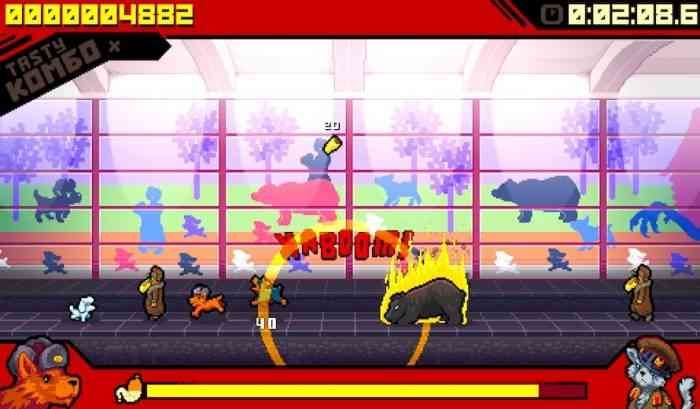 That’s not all! During levels you’ll have seperate missions assigned to you by Proletaricat. Your tasks could include anything from achieving combos to eating particular foods. These will become harder and harder to complete as you progress. Each mission you complete nets you a bone, given out by the Kittens. These bones are used to progress through levels and unlock characters. In later stages your missions will become more challenging, but the game makes sure you won’t get stuck. There’s a big roster of characters to choose from, and you’ll unlock many additions such as Kepler the cat from Lovers in a Dangerous Spacetime. It’s always a treat to have a wide selection of characters in a game like this. They’ve all got great animations and design as well as cute portraits.

Without any extra padding, Russian Subway Dogs looks great. The menu, characters, and more are all done well in a pixelated style. The most eye-catching graphics are the Game Over and Mission Complete headers. The portraits for each character also beam with quality. It’s clear there is passion put into the art here. Many (if not all) of the effects and animations are smooth and a joy to watch. 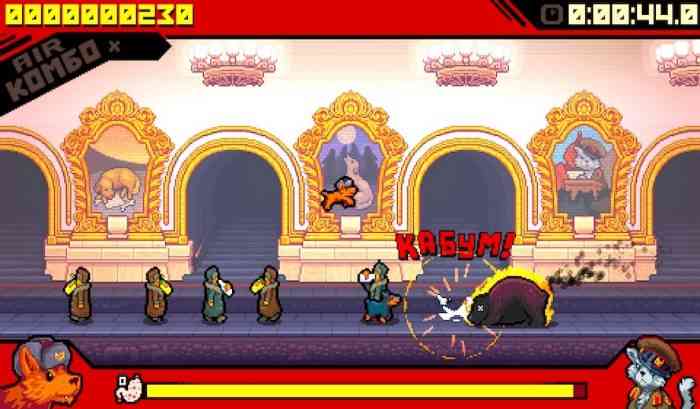 The sounds can be a very rough, mixed bag. The music is great and incorporates some Russian-sounding tunes to back up your levels. The sound effects can be either good or grating on the ears, though. The vegetable carrier, for example, will scream and run for quite some time on screen. If more than one carrier of this type are running at the same time the noise will stack, getting louder. The game even points this out, offering the Options menu to turn it down as opening dialogue for a level. This doesn’t excuse it, though, as effects like these become very hard to listen to during some levels. Restarts due to death or by choice can have you listening to these sounds over and over. Turning the sounds down in the options is the key here. Be wary, turning them off might make your experience harder. Some enemies and items have sound cues to them you won’t want to miss.

The Kittens are Pleased!

If you’ve got the funds, I’d say picking up Russian Subway Dogs is well worth your time. The game offers an arcade style experience that few games can offer well. It’s likely you’ll play it more after you’ve completed your initial session, even if you have no reason to. I’ve come back into it several times to play a single level or try my hand at the Endless mode. It’s well worth the coin you’ll spend on it. You’ll likely steer clear if you dislike arcade-style games. My experience was fun, and at the end of the day that’s all I can ask from my games. There are some who aren’t satisfied by that on its own, which is fine – to each their own, after all. All I know is by the end of it, I want to try Russian food. When in Moscow, right? 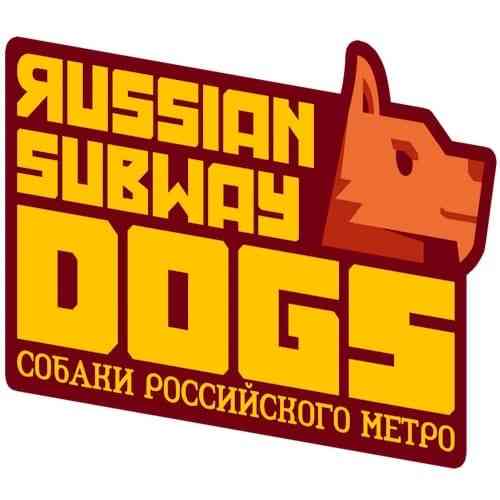