Just in time for Valentine’s Day, award-winning 1-2 player couch co-op action game Lovers in a Dangerous Spacetime from Asteroid Base will launch February 9 on PlayStation 4 for $14.99.

Previously, the critically-acclaimed game launched on Xbox One and Steam last September.

Lovers in a Dangerous Spacetime features frenzied action that forces friends, family members and loved ones to work together while switching back-and-forth between manning the spacecraft’s controls, weapons and defenses against dastardly alien robots. Those looking to take on Lovers’ perilous campaigns solo can do so with a trusty AI space dog or cat by their side to aid in efforts. 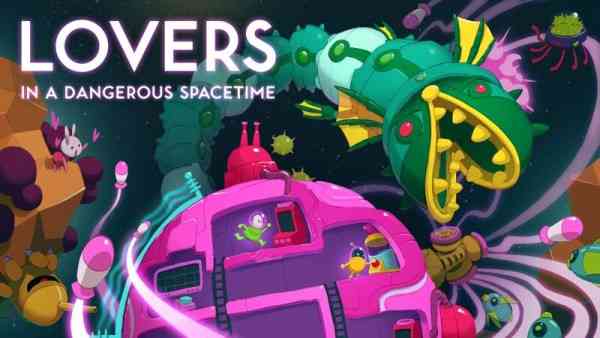 Don’t be fooled by the colorful universe and cute space creatures, Lovers in a Dangerous Spacetime features challenging gameplay that will test gamers of all skill levels, including new difficulty modes Beginner and Veteran.

Wolcen: Lords of Mayhem Gets Free Bloodstorm DLC Update
Next
New Amiibo Figures Revealed & Will Be Released With New Nintendo Games This March
Previous
First Details and Gameplay Revealed for the Next DLC for The Elder Scrolls Online: Tamriel Unlimited