The amalgamation of previously separate genres has become more frequent. Due to the success and innovation shown in games such as Yoku’s Island Express and Crypt of the Necrodancer, we are beginning to see a range of hybrid titles that look to break through established genre barriers. While Sidebar Games told an incredible adventure in Golf Story, ArticNet looks to expand on this and lean further into its influences with RPGolf Legends. With its eyes firmly set on the green, will this audacious drive be an ace or a flub?

Magical crystals curse the world, sealing off locations that house the adored pastime of golf. With the spirit of a golf club at hand, you must find a way to save the community with your sporting skills. Dotted throughout the charming environment are NPCs who offer small side stories that help give life to the area. While the game’s premise is rather silly, there’s a certain quality that washes through this relaxing journey.

Links to the Par

With over fifty holes spread across six unique environments, RPGolf Legends really captures the notion of adventure. Areas differ in their appearance and also offer varied challenges that alter the premise of the game. On the ice, your ball will slip and slide across the terrain. In waterlogged forests, you will struggle to get the desired distance. The inclusion of environmental and weather hazards gives each territory its own distinct, memorable identity. 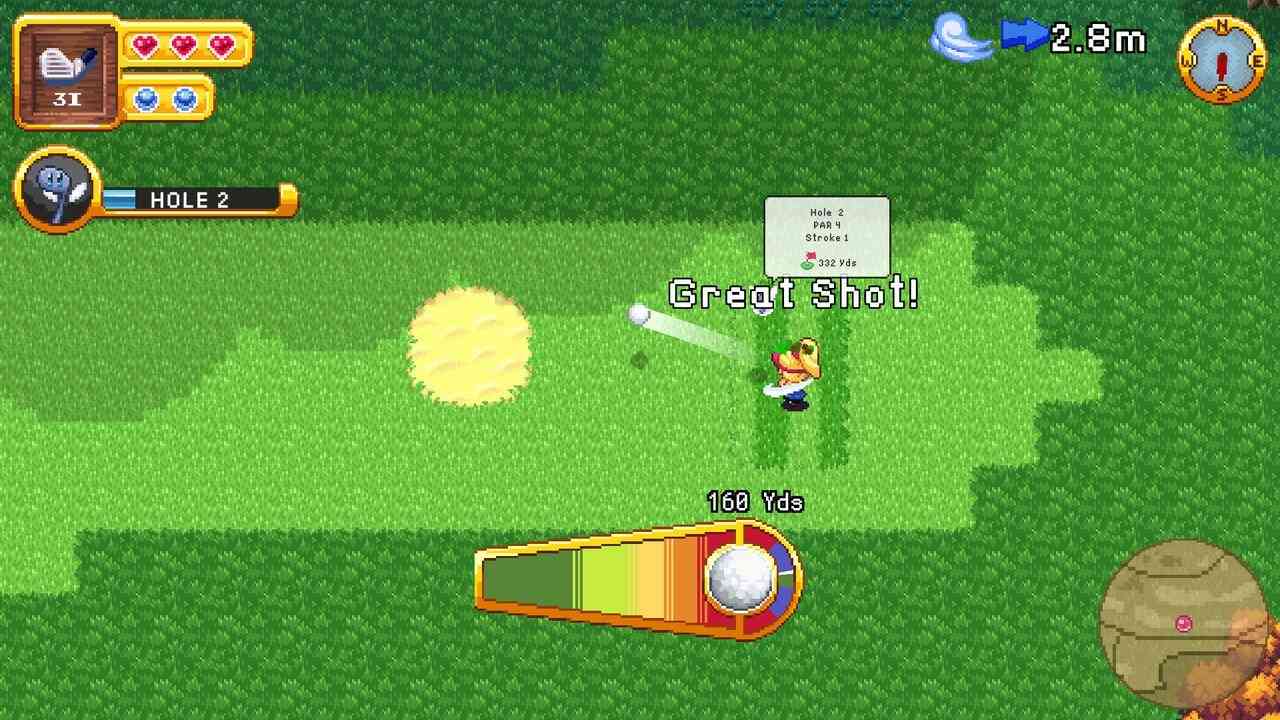 Hitting the fairway is simple. Following in the footsteps of 16-bit era golf games, you can aim and strike with ease. The non-intrusive power bar combines the strength and accuracy of your swing so you can feel like a pro in a matter of minutes. Courses are short and relatively straightforward which works in the confines of the game.

Unfortunately, RPGolf Legends gets stuck in the bunker with its repetitive gameplay loop. Simple objectives caddy the narrative and usually consist of fetch quests. You will traipse across the environment and collect items that progress the story. Tasks seem to forget about the golfing aspect of the game, which makes the two sections feel separate. Having more golf-based puzzles within the open world would have helped to merge the genres.

As the courses are sealed, you will need to destroy the crystal that blocks your entry to the green. To do this, you must earn energy by defeating the myriad of creatures that inhabit the area. Whilst there is the possibility of earning a boost by completing a course on or under par, this only slightly reduces the grind-focused system that occurs between holes. 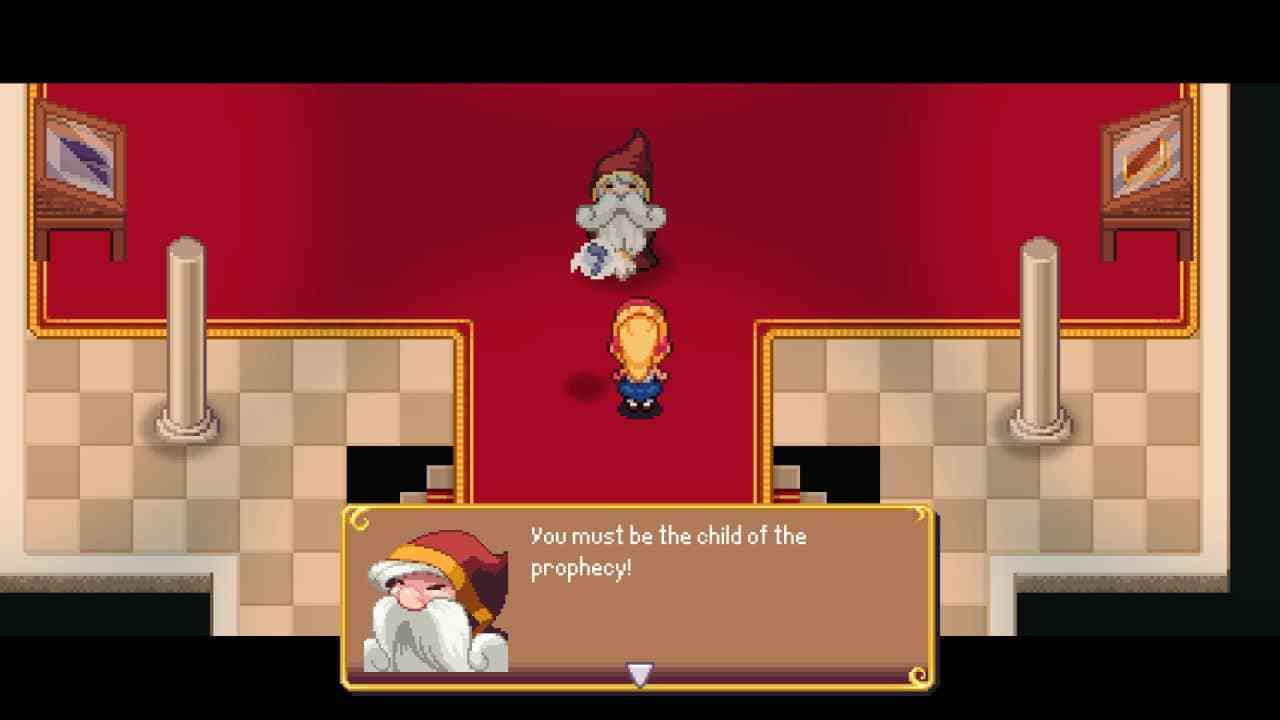 Combat lacks the nuances that imbue its influences. With only a standard and change attack, your options are limited when fighting enemies. The main issue is the absence of a ferocious sound effect and minor reaction animation and due to this, striking feels limp. Foes differ and have unique attacks making you read their animation and counter accordingly. You can simply move out the character’s attack range or use the block button and then respond during your window of opportunity. Throughout, you’ll gain access to different costumes. Each of these is a character class that grants different abilities that help ease the monotony that resides in the gameplay loop.

During your jaunt through the expanse, you will be able to take part in other activities. Instantly you are greeted with an arcade machine in your room that includes an 8-bit golf game. This fun, mini-golf throwback requires you to complete a course in one shot with levels increasing in difficulty. In addition, you can reel in the sea life as you fish along the coast, delve into dungeons, craft items, and much more.

Passion for the Past

RPGolf Legends’ presentation is reminiscent of The Legend of Zelda: Link to the Past. The pixel art style and overhead camera angle capture nostalgia for the era. Whilst its influences are clear, the game does manage to carve its own identity with its cutesy cast of characters. Particular bosses have an 8-bit aesthetic which clashes with the 16-bit style that exists in the rest of the world. As no explanation is given for this, these confrontations stand out as they conflict with the overall design.

Like most titles from that era, RPGolf Legends includes an incredible bit-tune soundtrack that gives a lovely sense of adventure. Each area has a catchy melody that will live rent-free in your head for hours on end. Although the individual tracks are well crafted, their implementation is jarring. Themes instantly switch when moving from villages to woodlands which stifles the illusion of one large environment.

RPGolf Legends attempts to combine elements from a range of genres to create a sumptuous sporting adventure. Unfortunately, these exist in solitude rather than merge to form a cohesive experience. Although it doesn’t hit the heights of Golf Story, it does have a lot of charm and is a fun stop-gap while waiting for Sidebar Games’ sophomore release. 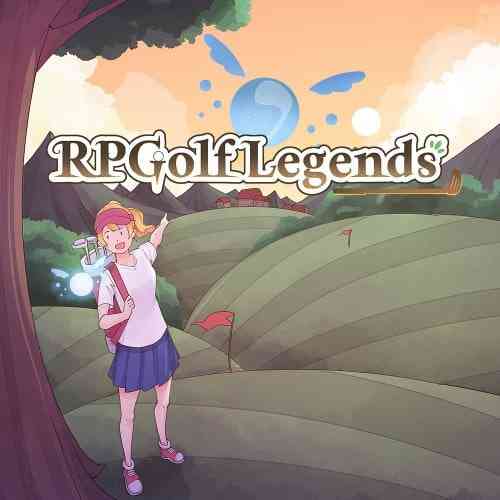