Rogue One: A Star Wars Story Spoiler Free Review – No Bothans Were Killed in the Writing of this Review

When you sit in the theatre and wait for an event like Rogue One: A Star Wars Story to begin, you take notice of the cross section of people that occupy the seats around you. The guy wearing the Jedi costume, the high school couple on a date, the group of dude bros sitting in front of you, the chatty sorority sisters who somehow text and talk simultaneously, the Marvel geek sitting alone so he can review the movie after – all manner of people are around you and you’re all there for one reason. It becomes clear how important Star Wars is when the lights go down and the Lucasfilms logo flashes across the screen and you can hear a pin drop as everyone in the packed room bristles in giddy anticipation.

Rogue One is the first of three spin-off films that are rolling out in the off years as the Episodes VII-IX continue the Skywalker saga. With the immense hype that is surrounding the film, the through the roof expectations of not just fans and the devoted but of damn near everyone who goes to the movies, is it even possible that Rogue One, the prequel to the film that started it all, can live up to any of it? Not only does it meet those lofty expectations, it exceeds them.

“It becomes clear how important Star Wars is when the lights go down and the Lucasfilms logo flashes across the screen and you can hear a pin drop as everyone in the packed room bristles in giddy anticipation.”

Rogue One follows Jyn Erso (Felicity Jones), Captain Cassian Andor (Diego Luna) and the merry band of Rebels who, through Jyn’s father Galen (Mads Mikkelsen), discover the existence of the Empire’s new super weapon. Upon finding out about this Death Star’s destructive power, Jyn, Andor and their crew of Rebels set out on a galaxy-spanning mission to find a way to stop the evil Empire at all costs.

Tasked with bringing the fist Star Wars film to screen that wouldn’t star any of the iconic characters we’ve all come to love is director Gareth Edwards. First gaining attention with the wonderful Monsters and then gaining blockbuster director status with 2014’s Godzilla, Edwards has always subverted the usual blockbuster norm of big effects first, everything else second. This earned him ire with Godzilla as the titular kaiju was, in essence, background for the humans of the story. Despite that, he doesn’t shy away from this approach with Rogue One in the slightest. Drenched in classic imagery and tying in the rest of the series doesn’t stop Edwards from crafting his own way into the universe. 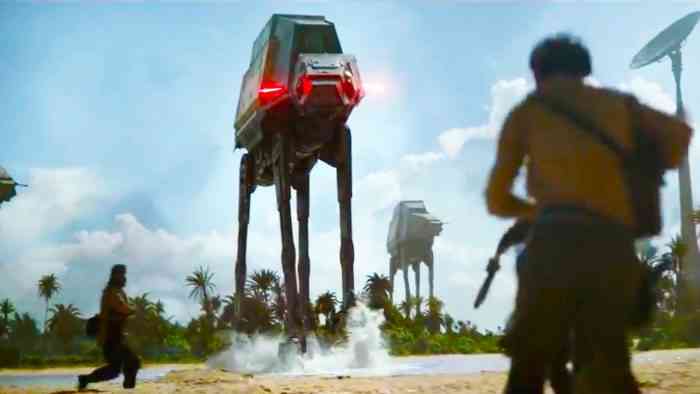 He paints a grimmer picture than we are used to. A Rebellion gripped in the dirtiest of guerrilla warfare, who will do anything to strike back at the Empire. Murder, bribery, torture – this is not the wholly good Rebellion that we remember from Lucas’ films. RO in its entirety is darker, grimmer and far more brutal than any other Star Wars film thus far. Gone is any semblance of camp, any slapstick fun, and even the comic relief droid is nihilistic and sarcastic.

All of this is pulled off by a dream cast headed up by Jones, Luna and Ben Mendehlson. All of these names are superb actors who are at the top of their game who, until now, never were quite given the respect and praise that they deserved by the public. Mendelsohn is, as always, terrific as our lead villain, Orson Krennic, architect of the Death Star. Even in sharing a series with one of the greatest villains of all time, Mendelsohn manages to carve out a spot as a solid antagonist. Jones and Luna play terrific counterpoints as members of the Rebellion – the man who has given everything for the cause at the cost of his soul and the woman who has kept her humanity but ignored the evil going on around her. Each of them make you feel for their characters, make you understand where they come from while still making them stand out amongst a very, very crowded supporting cast. It’s of no surprise that Jones manages to pull off an empathetic lead who is also a complete and total badass without breaking a sweat. Jyn Erso is already taking a top spot as one of my favourite Star Wars characters!

“All of this is pulled off by a dream cast headed up by Jones, Luna and Ben Mendehlson.”

The leads are helped out by a laundry list of supporting cast. Donnie Yen, Alan Tudyk, Forest Whitaker, Mads Mikkelsen, Wen Jiang, a CGI villain from yesteryear and an absolute plethora of Star Wars cameos helps round out the superb cast of the film. Each of them brings something to the screen whether in the form of gravitas, humour, incredible violence or a satisfying explanation to one of the series weakest plot points, they all play an integral part to the story and help flesh it out to the point where you almost don’t ask things like ‘how did they jump to lightspeed there?’ or ‘wasn’t there an enormous gap he had to cross?’. Additionally, the cameos just kept rolling out! There were a couple that were expected, but they just kept cropping up. Even long after I thought they couldn’t possibly feature any more characters, they certainly managed to. I mean, they edited in Red Leader from A New Hope, that’s how in-depth the cameos got! 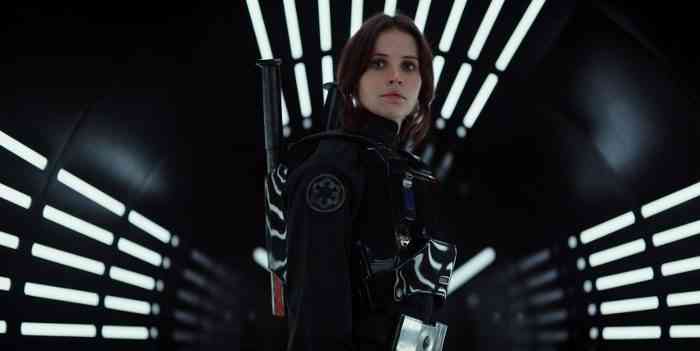 Of course, no space opera would be complete without some all-out action sequences. These range from the small and contained as the Rebels strike at the Empire with guerrilla tactics, to the Death Star leaving atomic bomb sized craters on planets, to all out space battles between the Empire and the Rebels. Since the film doesn’t feature a Skywalker, the actions scenes stray from the Jedi duels that usually decide the fate of the galaxy and delve more into gritty war scenes I’m more accustomed to seeing set on Normandy Beach. This is where Edwards careful hand shines as even the big set pieces don’t feel overblown, instead drawing you in with well-placed shots and putting focus on our major players.

When the trailers for Rogue One first came out, I would be a liar if I didn’t say that I was beyond excited. As the date got closer and closer, I felt the need to temper my expectations. Even as I told myself to not get too excited because that always leads to disappointment, I went into the theater with sky-high expectations. Rogue One not only met me at those levels, they managed to punch through the ceiling on them. I did my best to stay objective as the film rolled on, but I became completely engrossed in the story as it unfolded, feeling more like I was getting a sneak peek at next year’s Dunkirk than I was watching a sci-fi film. I knew Rogue One had managed to break down every barrier I tried to put up against becoming too drawn into the film when a pair of side by side tie-ins to A New Hope actually made me giggle with joy. 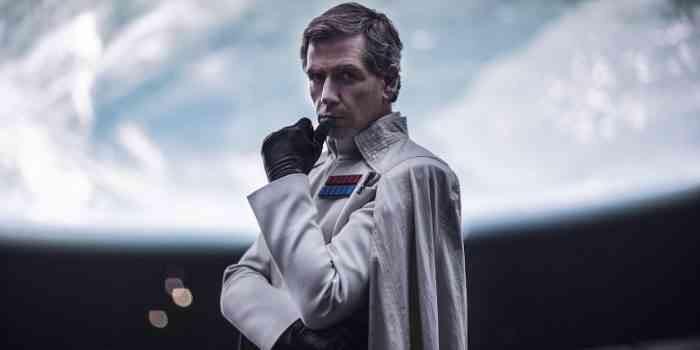 If you didn’t want to read this entire review and skipped to here to take only one thing away from it, let it be this. Rogue One is not only one of the finest films of 2016, it is good enough that you will hear grown men giggle with glee like school children. Rogue One: A Star Wars Story opens this weekend and is playing pretty well everywhere on Earth – you don’t have an excuse to miss this one! 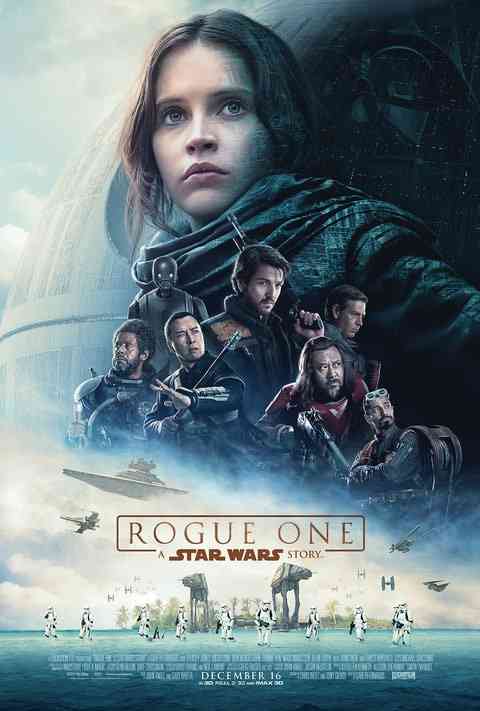