Lara Croft GO is unlike any Tomb Raider game before it, and it’s because of this bold change of pace that it is so very special. It’s the second game in Square Enix Montreal’s GO series (although some of its thunder may have been ripped away by another Go game about catching pocket monsters) that have made the jump from smartphones to PlayStation devices, and if I do dare say, feels right at home on consoles. Lara Croft GO starts out as a walk in the park and may even feel limited in scope but, like any great puzzler, the longer I stuck with it, the subtle blips of brilliance eventually won me over. And while its touch-screen beginnings are occasionally hard to ignore, the transition to PS4 and Vita are smooth, to say the least.

You’re plopped into what is basically a tile-based puzzle game with a Tomb Raider skin. The titular character can only move one space at a time to reach her goal, all the while avoiding traps and enemies in the process. Sure, it’s not a ground breaking formula but it’s executed so confidently that you’ll hardly notice. It also helps that Lara Croft GO’s striking visual art style is one of its best aspects, successfully bridging unique and colorful visuals to the world of Tomb Raider perfectly. Lara herself is loaded with clever animations, each of them appropriately fun to watch such as when she’s scurrying up walls, shooting an enemy, or piercing a snake with a well-aimed spear. The areas themselves are beautifully detailed in all of its cell-shaded glory and look particularly great on the PS4. It’s still easy on the eyes playing on Vita, but seeing Lara Croft GO on the big screen is my preferred way to play.

“Lara Croft GO’s striking visual art style is one of its best aspects, successfully bridging unique and colorful visuals to the world of Tomb Raider perfectly.”

The first two chapters don’t offer up much of a challenge, but it’s the later half of Lara Croft GO that truly shines. Levels will require you to plan before you act, taking in everything you’ve learned in previous segments. Not only that, but each new chapter throws in a new mechanic at just the right time — not to annoy — but to spruce things up just when they may become monotonous. It’s all very smart in its approach as well, effectively introducing each new obstacle and how it affects Lara and your ability to reach the level’s endpoint. Sometimes they’re easy lessons like understanding not to enter an empty space in front of a lurking enemy. Other times it’s more complex like knowing how to stack pillars to reach other areas, or manipulating enemies into traps. The puzzles here are so well designed, always creative, and hardly became frustrating. There’s some trial-and-error here, but it’s not nearly as repetitive as it was in Hitman GO. There’s a hint system implemented if you desire to use it, but you’re only doing yourself a disservice. The satisfaction gained from tackling a tricky puzzle and finding the solution on your own is always worth it.

In fact, Lara Croft GO encouraged me to experiment as much as I could, never being afraid to die, because with each passing death I knew it was one less outcome to take. I had just as much fun replaying Lara Croft GO as I did the first time, charging my way through each section and besting every puzzle. The only grievance about dying are the load times in between, which is only a problem when playing on Vita. For whatever reason, the Vita version suffers from lengthy load times and odd stuttering in certain areas; a strange circumstance considering the game was ported from smartphones. Over on the PS4, there are no performance hiccups. The only slight annoyance is using the right stick to pick up collectibles scattered throughout each level. It may not be the cleanest of solutions (nothing beats simply tapping on them on Vita) but it doesn’t detract from the overall experience.

PlayStation buyers also get special treatment due to the addition of The Mirror of Spirits, an exclusive bonus chapter with more levels and new mechanics that won’t be releasing on other platforms until March 2017. As I’ve already gushed about above, it’s more Lara Croft GO with superb puzzles and a decent challenge. It’s the icing on an already delicious cake.

“Lara Croft GO is beautiful to look at, has thought-provoking puzzles, and most importantly, is super fun to play.”

If you’ve never played any of the GO games before, Lara Croft GO is the perfect one to start with. It takes an iconic character from a popular franchise and combines it all into a slick and clever puzzler with amazing visuals while still feeling like Tomb Raider. It’s incredibly fresh to play, and it retains core elements from the Tomb Raider series: climbing and exploring tombs, finding old treasures, facing off against wild creatures, and avoiding deadly traps. Not an easy feat to accomplish, but Square Enix’s Montreal team seem to know what they’re doing.

I could go on and on about Lara Croft GO, but it’s probably just as easy for anyone to go pick it up and play. Just don’t go in expecting a deep story with massive set pieces like most recent Tomb Raider titles. Lara Croft GO is beautiful to look at, has thought-provoking puzzles, and most importantly, is super fun to play. 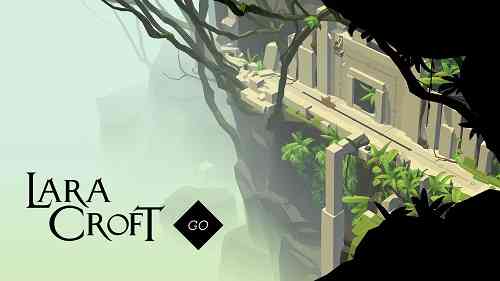 
Lara Croft GO Is Free-to-Play for a Limited Time

Rise of the Tomb Raider Sold Nearly Half the Copies of the First Game; What’s the Deal?

PS4 Deals: Save on PS4 Camera, Mafia III and Rise of the Tomb Raider
Next Total War: Warhammer – Realm Of The Wood Elves Review
Previous Rogue One: A Star Wars Story Spoiler Free Review – No Bothans Were Killed in the Writing of this Review