Rogue One Reviews Surface; Lowest Star Wars Scores Since Attack of the Clones

To say that Star Wars: The Force Awakens was a massive success when it hits theaters last year would be an understatement. The movie grossed $936.7 million in the USA & Canada. Another $1.132 billion in other countries for a worldwide total of $2.068 billion. That is an insane amount, stands as the most movie tickets sold by any film in North America since Titanic in 1997. Likewise, the movie was well received by critics. On review aggregator website Rotten Tomatoes, it has a 92% approval rating based on 361 reviews, with a rating average of 8.2/10. On Metacritic, the film has a score of 81 out of 100 based on 52 critics, indicating “universal acclaim”. Earlier this morning Rogue One: A Star Wars Story reviews hit the web and the scores aren’t exactly amazing. 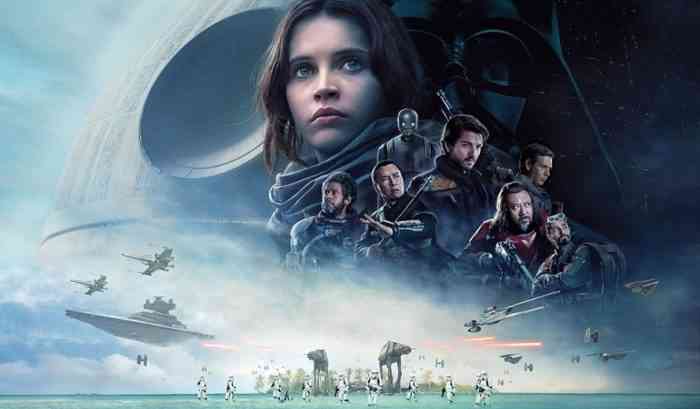 Right now on Metacritic, Rogue One: A Star Wars Story is averaging a 67 out of 100 with 38 reviews in. Granted those scores are not terrible but they aren’t that flattering either. That is a full 15 points off last years Star Wars review scores and represents the lowest rated Star Wars movie since Star Wars: Episode II – Attack of the Clones which scored a 54.

The lowest scores is from Richard Brody from The New Yorker who absolutely destroyed the movie. He gave the movie a 30 out of 100 and said: “The director of Rogue One, Gareth Edwards, has stepped into a mythopoetic stew so half-baked and overcooked, a morass of pre-instantly overanalyzed implications of such shuddering impact to the series’ fundamentalists, that he lumbers through, seemingly stunned or constrained or cautious to the vanishing point of passivity, and lets neither the characters nor the formidable cast of actors nor even the special effects, of which he has previously proved himself to be a master, come anywhere close to life.”

Ethan Sacks from New York Daily News on the other hand gave the movie a perfect scores and said: “It stands alone as the best “Star Wars” entry since 1980’s “The Empire Strikes Back.” Yes, it’s that good.”

Entertainment Weekly’s Chris Nashawaty gave the movie a score of 83 and reported the following: “Rogue One would have been a very good stand-alone sci-fi movie if it came out under a different name. But what makes it especially exciting is how it perfectly snaps right into the Star Wars timeline and connects events we already know by heart with ones that we never even considered.”

One of the few Canadian reviews that have gone live scored the movie a 50 out of 100. The Globe and Mail (Toronto) reporter Kate Taylor said: “Only Tudyk’s dry humour in the role of the tactless droid K-2S0 makes Edwards’s darkly reductivist approach occasionally seem smarter rather than lesser. In the end, this hardening of the franchise seems likely to alienate both the fans and the uninitiated.”

Are you going to see the movie this weekend? Do any of these review scores change your opinion of the movie? Tell us in the comments below.