For many action platformer fans, 2013’s Rogue Legacy still represents one of the best, most addictive games in a crowded genre. In Early Access for a couple of years, Rogue Legacy 2 seeks to displace its predecessor for the crown. Also in the strategic plan: welcoming newcomers. Does it succeed in both?

The Same But Better

For anyone who might be unaware, Rogue Legacy 2 is an action roguelite platformer with a disarming, colorful style and gentle sense of humor. But that welcoming aesthetic hides a sometimes brutally difficult game. That “sometimes” qualifier comes courtesy of procedural generation. It’s always a challenging game, but unlucky attempts with enemies in the wrong place or quantity can squish the run prematurely.

Mitigating potential frustration is that, when your evitable demise ends a run, you keep whatever wealth you managed to collect and use it to buy permanent upgrades. Actually, your heirs are the beneficiaries. Like the original, Rogue Legacy 2’s biggest hook is that for each run, you pick from three of your offspring. In addition to your wealth and upgraded abilities, they have some genetic quirks that impact gameplay. Each of the three is plucked out of 15 possible classes. Additionally, their inherited traits include game-changers like colorblindness — which causes the visuals to turn monochrome — to irritable bowel syndrome, which is more comic. 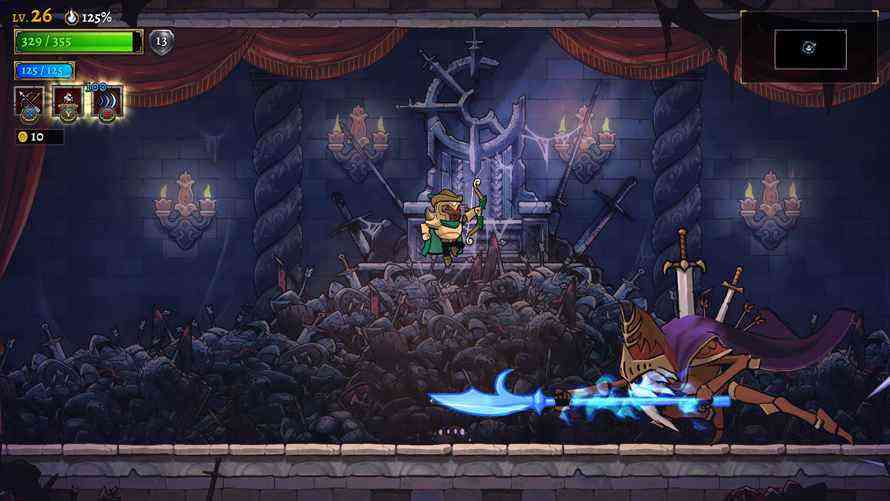 The classes range from RPG standards to fanciful inventions like the chef, pirate and boxer. Each one is fun to play and viable in combat. The classes each have a specific weapon and a powerful ability called a skill crit, but it takes some practice to use it effectively. If there’s a downside to Rogue Legacy 2’s upgrade system, it’s that past a certain point, it becomes prohibitively expensive. There’s no re-spec mechanic, either, so poor choices early on have a big impact later. Rogue Legacy 2 is seemingly built for min-maxing stats.

Rogue Legacy 2’s core mechanics are pretty deep, but the game piles on a number of other elements as well. For example, there are heirlooms, which grant permanent abilities that generally expand your character’s platforming toolbox. You need these, in fact, to open up some inaccessible areas of the map and progress deeper into the zone. Accepting an heirloom takes you to a series of connected areas that act as a challenge and tutorial for the new abilities.

You can also find relics, which are stackable temporary buffs or abilities that usually come with a risk/reward tradeoff. Early Access playtesting revealed that stacking too many relics made a character seriously OP, so now there’s a hit to health for doing so.

Maybe the biggest new game-changer is in the settings menu. House Rules allow the player to make adjustments to many aspects of gameplay. You can reduce enemy health and damage, turn off traits or slow time while aiming just to name a few. These adjustments don’t just make the game more accessible or more forgiving. For the super-skilled player — or maybe masochists — enemy health and damage can be turned up to 200%. That said, dialing down the punishment never makes the game anything close to easy. 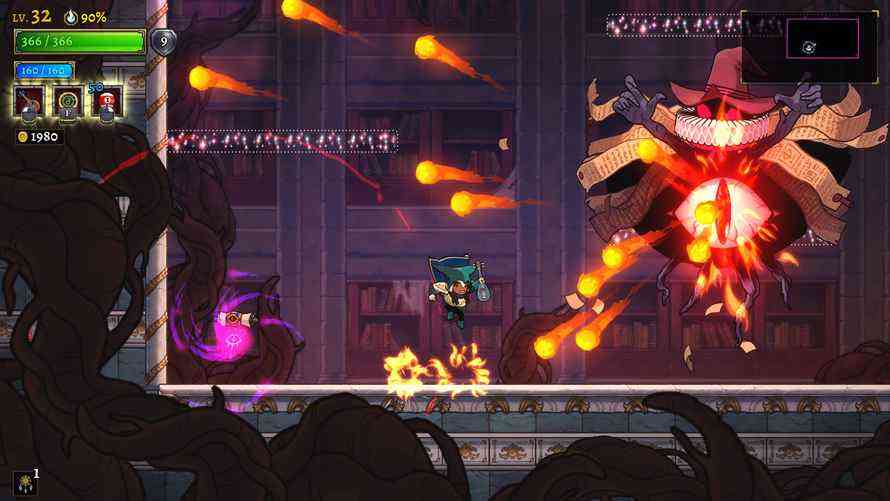 Generally speaking, I’m often frustrated by platformers that haven’t been fine-tuned. I just don’t have the skills or patience to compensate for poor design. Thanks to the game’s House Rules, heirlooms and tight, responsive controls, I almost always enjoyed the platforming aspects of Rogue Legacy 2.

Rogue Legacy 2 ditches the retro, pixel art style from the 2013 original game in favor a really attractive, hand-painted aesthetic. The backdrops are effective and detailed, and enemy designs are fanciful and sometimes pretty odd. Though nothing is voiced, the game’s excellent music by composers Gordon McGladdery and Judson Cowan create a perfect accompaniment. As for the game’s writing, it’s very good. There’s some fourth-wall-breaking, some wry cultural satire and even some moments of understated pathos. The humor is a little hit-or-miss, but the jokes that fail to land are easy to shrug off.

Level design is intricate and the six major areas — up from the original’s four — are diverse and immense. There are fast travel points along the way but given the roguelite nature of the game and the sprawling maps, it may take you a very long time to ever reach an area’s boss. The developers suggest that playtime for Rogue Legacy 2 is around fifteen hours. Maybe for them. It’s much longer for us mortals. 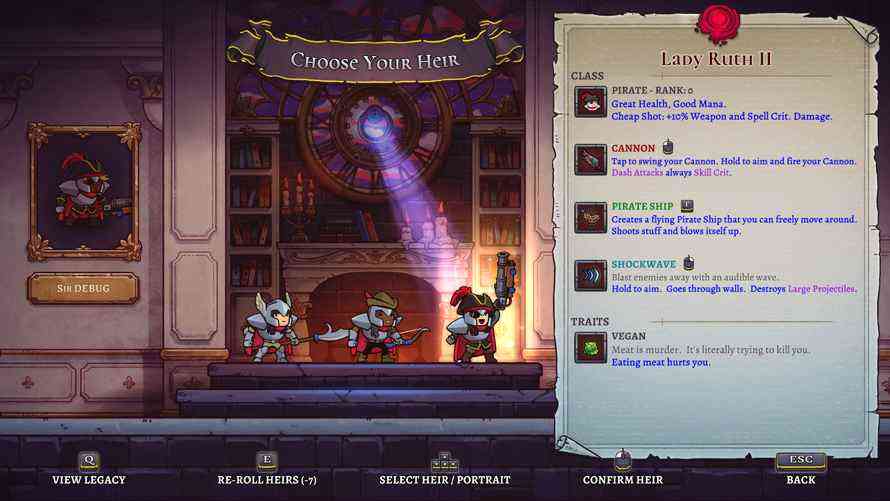 Rogue Legacy essentially spawned the roguelite genre and nine years later, its sequel improves the recipe in every way. Rogue Legacy 2 looks fantastic and plays even better, with engaging mechanics and an addictive gameplay loop. While you might not always make progress, you also never feel bored or that the game disrespects your time. Every run is a new experience and often surprising. There are a lot of systems at play, but they generally help Rogue Legacy 2 transcend the limits of the genre and make it endlessly replayable and entertaining. 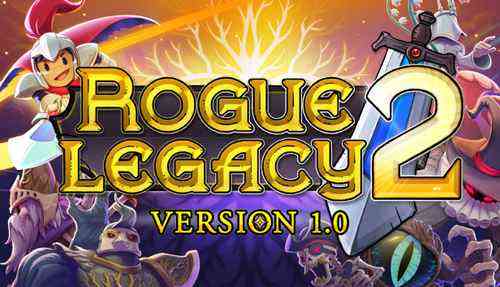