Wireless headsets are often discussed as a trade-off in gaming. The perk of having fewer wires is often weighed against short battery life, the potential for delayed response times, and a question of substance and signal strength to make it worthwhile. ROCCAT has frequently been a developer of quality gaming accessories, and the new Elo line of headsets are a feather in their digital cap of distinction.

The wire for a headset can be just as big a selling point as the device itself. I’ve had headsets where the cord was incredibly long and surprisingly heavy – particularly when a bulky dongle is attached – so I went into this already seeing the appeal of a wireless device. I expected to be met with one of the aforementioned issues while trying out the Elo 7.1 Air but instead, I was met with, well, none of it. The headset itself is lightweight; so much so that I quickly forgot there was anything even on my head. I couldn’t help but glance at my old headset and realize how much heavier it was. The comfort level of the Elo 7.1 Air really is remarkable. While it seems smaller than the average headset, the earcups encapsulated nicely, providing a firm but plush seal to keep out unwanted sound. It doesn’t feature the typical headband adjustments but instead employs a much simpler and more effective system; an automatically adjusting head support.

Huge Possibilities in Such a Little Package

By no means do I have a small head, so I was worried about an uncomfortable fit. However, the headband itself is quite plush and lined with a strong, flexible metal strip that lets it mold to the specific shape of my head. Suddenly this somewhat smaller gaming headset fits just like my significantly larger ones. I will say that after extended periods of time I noticed a minute amount of warmth, but that’s after using them for several hours at a time and it still wasn’t enough to make me sweat. ROCCAT also mentions a special design for those who wear glasses called the ProSpecs Glasses Relief System. I don’t need glasses, but what kind of reviewer would I be if I didn’t give it a go? I popped on a pair of sunglasses to test the comfort level and was thoroughly impressed; if anything the headset became more comfortable. The ear cups are designed with extra give in places where the arms of glasses would sit, letting it mold better to your head without adding pressure. 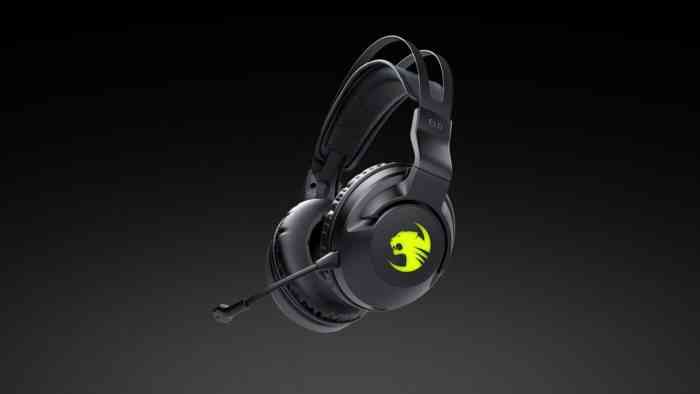 Setting it up was as easy as you might think, plugging in the tiny USB receiver and diving right in. The sound quality out of the box was far more impressive than I expected with every song hitting the right boom of bass. Even at full volume there as no distortion or static. The Elo 7.1 Air is also supported by the Aimo customization app, free with the device which not only lets you customize the color and effects of the RGB earcups, but opens up a whole world of audio customization. From presets to superhuman hearing, swapping between 2.0 and 7.1 surround sound, and even adding a “Magic Voice” feature that lets you change your voice to male, female, cartoon, or even monster. The music I would regularly listen to on PC just sounded better through the Elo 7.1 Air and it really changed my opinion on what a wireless headset could do.

That is not to say it isn’t without faults. The headset has an incredibly long battery life – quoted at 24 hours from ROCCAT (I had to deliberately TRY to run the battery out to see for myself). While plugged in to charge, however, I saw no option to continue using it like a wired headset. My PC recognized it was charging, but not functional even when powering the headset on, so I had to let it charge before I could continue using it. This also brings me to the second issue I encountered: the button placements on the headset itself. The Elo 7.1 Air comes with a power button, mic mute, mic wheel, and volume wheel. While this is par for the course with gaming headsets they all seem to be clustered together in one small spot on one ear cup. 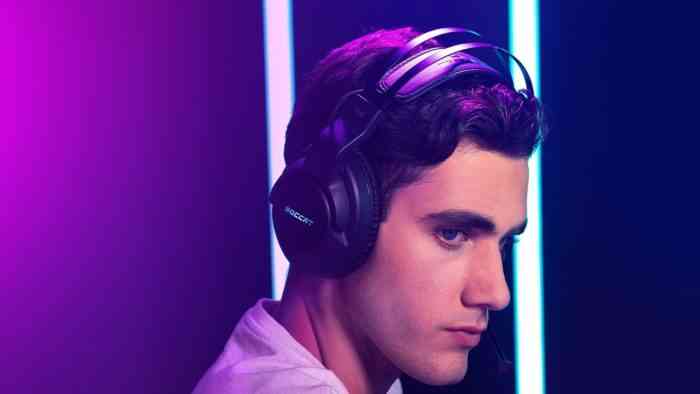 The mic mute is easy enough to find as it will press and depress as needed. The power button is miniscule but functional directly below it and will give a series of distinct chirps to let you know it is powering on, connecting, and ready to use within seconds. The volume wheels however are terrible. Not only are they small for convenience, they also feel nearly flush with the surrounding plastic. When trying to make an adjustment on the fly I had to put far more focus into locating and turning the wheel than I should for a simple thumb flick. It also sits far higher on the ear cup than feels natural so I frequently turn the mic wheel instead of volume first. There is plenty of real estate on the ear cup – and nothing on the right cup at all – for these to be spread out better and in a more functional capacity.

The ROCCAT Elo 7.1 Air Wireless Gaming Headset is one of the more impressive headsets I’ve had the pleasure of using. It’s unprecedented light weight and extensive battery life is only surpassed by its expansive customization options in its RGB display and full custom audio settings available through the Aimo app. Despite it’s smaller size, the headset instantly fits even larger heads to a comfortable and relaxing position that makes it easy to forget you are even wearing it. ROCCAT went to great lengths to make sure this was a powerful and comfortable headset. Considering this goes for $99.99 USD, this is an absolute steal of a device. ROCCAT already impressed me in the past with it’s other gaming accessories and they continue to impress with their newest line of headsets, even with the issues of odd button placement and inability to use it while charging. ROCCAT will easily replace my current PC headset and I couldn’t be happier to do so.

**Headset provided by the developer**