One of the three new entries into ROCCAT’s Elo series of gaming headsets, the Elo X Stereo wired headset may have the lowest price point but it certainly is by no means a cheap device. Some companies will design a family of products with a wide range of price points for the discerning consumer depending on their needs. What I noticed right out of the box is its striking similarity in design to the Elo 7.1 Air which retails at roughly twice the price of the Elo X Stereo. If two headsets can be so similar yet priced so differently, does that mean the high end set is of lower quality, or the low end set is almost as good as the top model? I was quite happy with the answer.

I took the seemingly small Elo X Stereo out of the box and dropped it on my head, immediately concerned about my bulbous skull being pinched between the earcups. The headset doesn’t feature the typical adjustment options of a gaming headset, but after that brief moment of concern I found myself… incredibly comfortable. The frame is quite flexible and the plush-padded headband is firm enough to keep a shape but just as malleable, fitting perfectly to my weirdly shaped head. The earcups sit nicely around my ears without any pressure and instead create a surprisingly relaxing seal. I immediately jumped into my PlayStation 4 and, were it not for the cord attached to my controller, I would have easily forgotten anything was on my head at all.

How to Truly Feel Every Note

The weight of a headset can make or break the experience for some. I’ve had headsets that were bulky and clunky which – while outputting great quality – I could feel the pressure after extended gameplay. I’m familiar with ROCCAT products and I have high expectations for what their accessories can do, so I wanted to put this particular model through the wringer and see how it stacked up against the more expensive headsets. This is not my first lightweight headset, but it is by far one of the most comfortable I have used. Not only did it immediately conform to my head but even after hours of use on PlayStation 4, PC, and Netflix I did not once feel discomfort or any notable increase in warmth. Even the ROCCAT Elo 7.1 Air would warm up a little but the Elo X Stereo remained calm, cool, and comfortable. Perhaps a little too calm when it comes to some of the audio output, however… 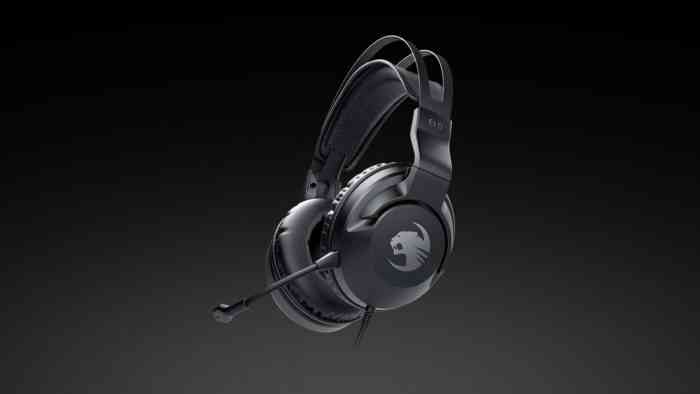 As a cross-platform plug-and-play device, the Elo X Stereo does not have access to ROCCAT’s Aimo customization app which would normally let you adjust RGB functions and fine-tune audio to your liking. This means whatever device you happen to use it with will dictate some of the output, yet I found that it consistently was just a little too light on the bass for my liking. The sound quality itself is absolutely fantastic, precision tuned by Turtle Beach in fact. Music and games come through crystal clear with no scratching or static. Individual drum beats are easily distinguished, ambient noise is clear and soothing, and even the highest range of pitch I experienced was clear and steady without any breaking or discomfort. It does, however, feel the slightest bit less punchy without that little kick of bass that seems to be missing.

I think what catches me off guard is how similar the Elo X Stereo is to the Elo 7.1 Air that I expect just a little bit more. I have to remind myself this is the “budget” option in the Elo series, and the fact this is the cheaper option is impressive. It does however also suffer from the same issue of a flush volume wheel. If I’m casually watching a movie or listening to music it isn’t a big deal, but if I need to make an adjustment on the fly it takes too long to find the wheel and adjust it, especially if I’m in the heat of the game. It isn’t detrimental, but it could be a little bigger for ease of access. 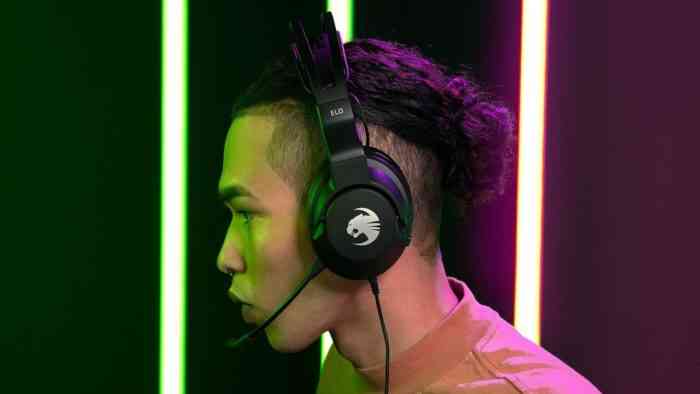 The ROCCAT Elo X Stereo headset isn’t the most powerful headset on the market, and its lack of audio-tweaking software might be a turn off for some. While it might lack these amenities, the quality both in construction and audio out of the box is staggering for its price point. Coming in at $49.99 USD, this headset form-fits to the users head regardless of size and with no pressure. It is incredibly lightweight and the clarity of sound is beautifully immersive. Regardless of higher volumes or which platform I use the headset on, I never experience scratching, skipping, static, or any other audible issues. Being able to game for extended periods without discomfort is fantastic, and the only gripe I have with the physical design is the nearly flush volume wheel. It does seem to be missing that extra oomph of a deep and satisfying bass, but it isn’t game-breaking in the slightest. If you are looking for a great quality headset on a budget, the Elo X Stereo nearly rivals its Elo 7.1 Air counterpart which costs twice as much.

*Headset supplied by the developer*