When it comes to storytelling in videogames, innovation is rare. Hell, we’re often lucky if they tell a coherent narrative at all. When Road 96 was released in 2021, it was lauded for its remarkable branching story. It’s a choose-your-own-adventure on steroids. Originally on PC and Nintendo Switch, Road 96 has just parked on PS 4/5 and Xbox consoles.

The Revolution Will Be Gamified

In Road 96, you play as a series of teenage runaways attempting to escape from Petria, ruled by a despotic leader. Because Road 96 is a rogue-lite, each run adds gear or information to inch you closer to the border. Each attempt is with a different character. But what’s unique is the way the events and actions of one protagonist resonate with the others. Nearly every action has consequences. Sometimes they’re immediate. More often, results will show up several characters later.

Road trip narratives are as old as storytelling itself. From Chaucer’s Canterbury Tales to Cormac McCarthy’s The Road, the open highway is a powerful allegory for life. It’s full of opportunity and complication. As a narrative device, it allows for nearly infinite possibilities. Procedurally generated, Road 96 includes over a hundred thousand possible combinations of events. No two runs are the same. This gives the experience of playing Road 96 a real feeling of discovery.

Politics play a huge role in Road 96. The political views of the characters inform their choices at many points in the narrative. Whether a disguised dig at Donald Trump’s America or European nations under the boot of an authoritarian regime, Road 96 doesn’t pull any political punches. 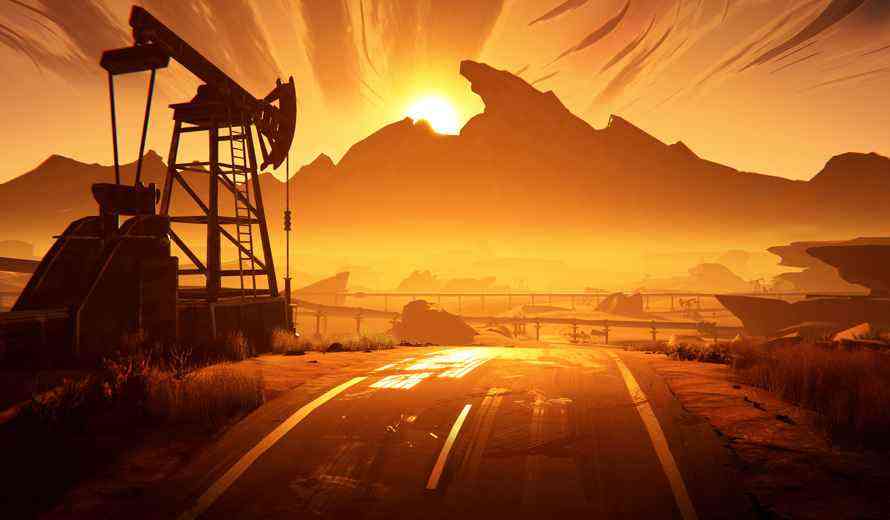 A Few Bumps in the Road

Diverse filmmakers such as the Coen Brothers and Quintin Tarantino were part of Road 96’s inspiration. This comes through in some of situations and quirky characters. Like films by those directors, the player characters face choices full of moral and ethical ambiguity. Do you help a kid steal from his abusive boss to balance the scales? Do you pander to an airheaded TV anchor if it means getting closer to your goal? These kinds of choices happen constantly and make the game engaging. A teenager hitchhiking alone faces a lot of potential danger under the best of circumstances. Add the oppressive weight of a government rounding up the runaways, and you have a layered and dramatic premise for each run.

A few technical and structural issues take away from an otherwise stellar experience. For starters, the game’s conceit of only teens trying to flee Petria — instead of a wider population of disenfranchised people — feels artificial. The amazing variety in potential scenarios also means that the patchwork of possibilities shows its seams. There are lots of rough transitions and misalignments in the narrative. Finally, while the game’s voice acting is generally very good, the writing and dialogue are inconsistent. It often sounds a bit stilted or not quite idiomatic, like a slightly off translation. The game’s goal of feeling universal also means it never quite feels authentic to any one time or place.

An Interesting Game Comes to Consoles

The aesthetics of Road 96 are a bit of a mixed bag. The stylized art is evocative and colorful but sometimes the faces and figure models look primitive enough to be distracting. The music does a great job of reinforcing the emotional tone of the narrative. 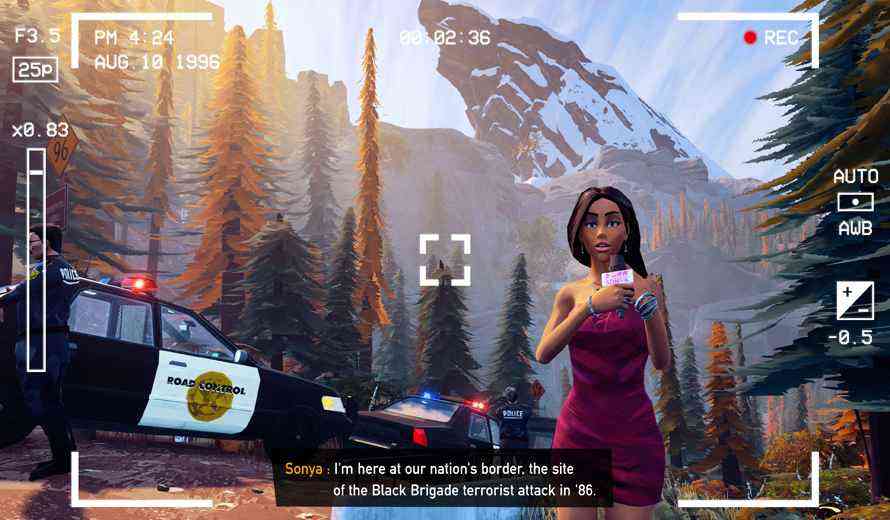 The game’s control and UI can also be a problem. Moving the cursor to highlight dialogue choices is often an awkward proposition. This was a complaint from the PC version that has not been addressed. Some of the game’s interactive elements seem like busy work designed to gamify the narrative or to make it “interactive.”

On the whole, though, Road 96 remains a genuinely innovative game. It’s approach to storytelling and narrative branching is unique. Despite a few relatively minor issues, playing Road 96 is an engaging experience. The moral ambiguity of its characters and their choices feel true to life, even if the game’s conceit is a little less compelling.