The RIG Nacon Pro Compact is, in a way, a strange combination: it’s a cheaper alternative to the standard Xbox One controller, but yet it also boasts some feature upgrades that may make it a superior choice. While some of those features land more effectively than others, there’s no denying that this is a decent product that’s well worth the affordable price.

The first thing you’ll notice when taking it out of the box is the RIG Nacon Pro Compact’s reduced size compared to a regular controller. It’s 15% smaller, and the difference is very noticeable in the hands. This “compact design” is a deliberate attempt by the manufacturer to “reduce hand fatigue,” but in my case, I found it to be the opposite. My hands, which I think are average man’s hands, never quite got used to holding the RIG Nacon Pro Compact, and I continually searched in vain for a sweet spot that fit my grip.

The lighter weight is nice, though, and while I don’t think I actually felt less “fatigued” after using it, I did appreciate how I could forget I was holding a controller and just focus on the game during long play sessions. And while the unit is quite lightweight, it still feels substantial and well-constructed, leaving me confident that the RIG Nacon Pro Compact would hold its durability over long-term use.

I also like the connecting wire. It’s long, at close to 10 feet, allowing you full freedom and mobility despite being attached to your console. The wire is quality, too — it’s thick and fabric-covered, meaning it can take a lot of rolling up, twisting, and other abuse without wearing out. And although I never specifically noticed it, a physical wired connection means much less chance of latency in-game compared to wireless. 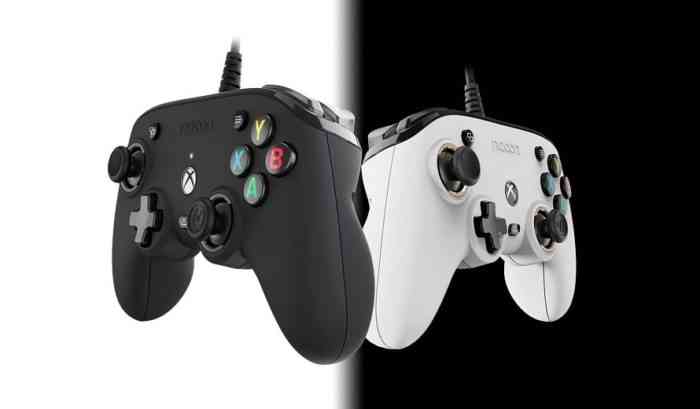 One design aspect I wasn’t crazy about is the button layout. The analog thumbsticks and buttons are in the same place as a regular Xbox One controller, but the spacing is slightly different and looks like the DualSense. I found the distance between the thumbsticks and the left and right triggers felt larger somehow, making it awkward to use both simultaneously. This might be partly because of the RIG Nacon Pro Compact’s smaller size – especially at the bottom – because my hands were looking for something more to grip when I shifted between buttons.

The menu and share buttons are also oddly placed, being put right next to the X/Y/A/B buttons and the left analog stick, much like they would be on the DualSense, but even closer. This made me accidentally press those buttons during hectic gameplay, interrupting my flow. I must say I preferred to have these buttons placed closer to the middle, as they are on the standard Xbox One controller.

Overall, though, I liked the tactile response and feel of the RIG Nacon Pro Compact buttons. They have a soft yet distinct feel when clicked, and the size and feel of the X/Y/A/B buttons, in particular, felt like they would definitely result in less soreness. The thumbsticks are silky smooth, and while they may not have the rubbery coating of the regular controllers, they still seemed easy to grip and turn, and I didn’t find them to be too slippery. The d-pad is perhaps too soft and lacks a bit of the “clickiness” that you actually want when playing.

If you’re a serious gamer and want programmability and customization, the RIG Nacon Pro Compact is made for you. It’s got a suite of options that allow you to map your own action buttons, adjust the pressure of the triggers and even change thumbstick dead zones. This is done quite easily via an app, and it makes the RIG Nacon Pro Compact a much more personalized experience than most other controllers. 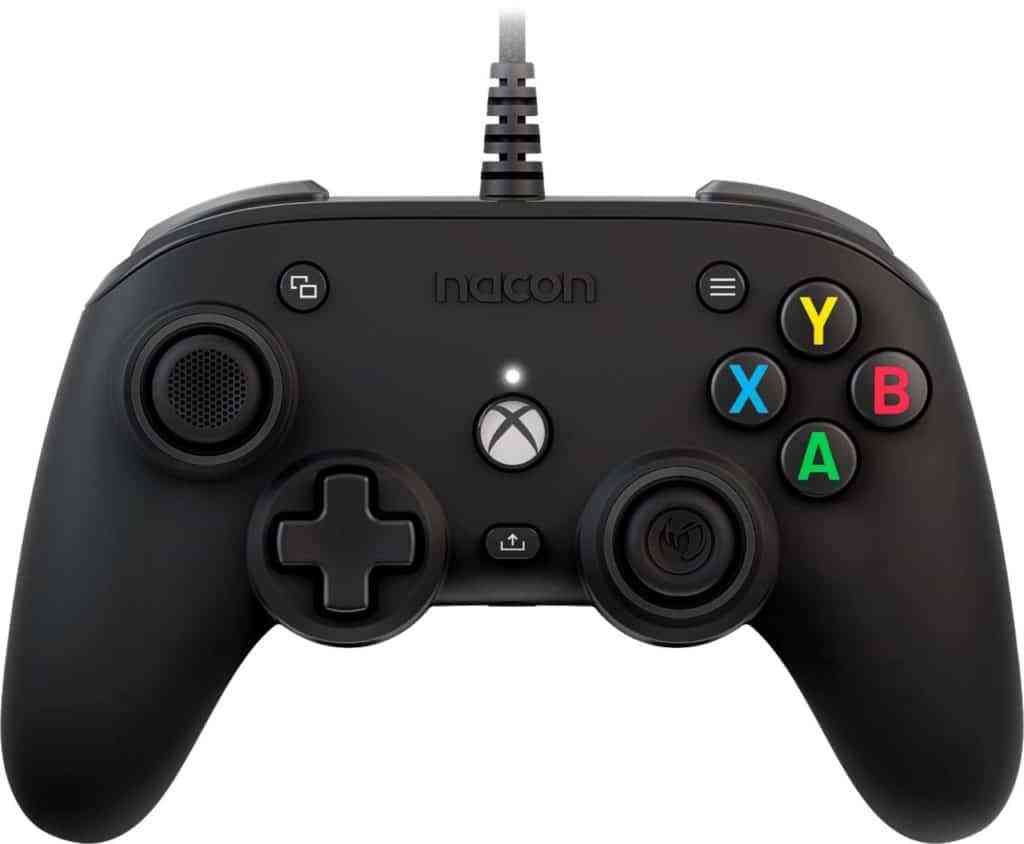 Another ace up the sleeve that gives the RIG Nacon Pro Compact a big edge is in the sound department. Just by plugging a headset into the jack, you get Dolby Atmos 3D sound, which is a pretty impressive feature that you’ll actually appreciate. Especially playing games in open-world, immersive environments, picking out individual elements is a breeze. This is a bonus feature that makes the RIG Nacon Pro Compact a much better value.

The RIG Nacon Pro Compact is especially suited to a particular gamer looking for a compact, light controller that eliminates latency in serious gaming sessions. However, it’s got a lot of positives to offer any Xbox One or PC gamer. Its form factor and ergonomic choices don’t always hit the mark, but it offers a plethora of customization options and a great sound upgrade that feels like a valuable feature just on its own. For much less than the standard Xbox One controller, RIG Nacon Pro Compact offers a legitimate and feature-rich alternative.

*** A RIG Nacon Pro Compact was provided by the manufacturer *** 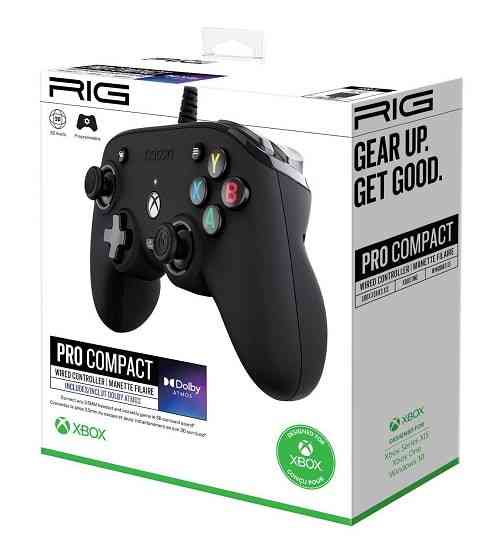 Breaking Down RPG Elements in Vampire: The Masquerade – Swansong
Next Astalon: Tears of the Earth Review – A Testament to 8-Bit Glory
Previous Pecaminosa Review – Ode to Noir