Pecaminosa has arrived on the Nintendo Switch. Rife with a unique sense of wiseguy humor and boasting a statistical upgrade mechanic similar to Fallout’s S.P.E.C.I.A.L., developer Cereal Games’ latest effort hopes to strike the right kind of chord for fans of the noir genre. And it’s hard not to like a lot of what you’ll find along the way – the visuals and soundtrack being top-notch. But the truth is, spend a few hours with Pecaminosa, and I promise you’ll be feeling like you’ve been kicked in the head.

Maybe that sounds harsh, but I can’t remember the last time I played something that felt as utterly clunky as Pecaminosa. Navigating the menus is a complete slog thanks to its bizarre control scheme, which at times is so painful to use it makes equipping a weapon about as fun as chewing on a rock. Frustrating design choices like using the X button to back out of the menu only work to overcomplicate things and tend to stand out when the rest of the game holds your hand throughout. It isn’t the detective work that’ll have you scratching your head while sleuthing the streets of Pecaminosa, but rather, its oddball mechanics.

I should say that the term “detective work” is a huge stretch. Sure, you’ll be tasked with traveling from point A to B, questioning folks you come across, and getting to the bottom of what happened to Charlie “Two Angels.” But everything is laid out for you on a path so linear you’ll wonder if this was ever meant to be a game centered on a detective in the first place. The only hiccups you may run into are when you stumble upon one of the boss encounters, but I’m not sure if these are truly difficult or challenging only because I was also fighting the awkward control scheme.

Speaking of awkward, I often found the dialogue to be self-indulgent, routinely overstaying its welcome. I’ll admit that a lot of what’s written is fun, but for example, a simple conversation needed to trade an item will turn into a long, drawn-out discussion with three jokes crammed into it. It got to the point where there was nothing I could do but roll my eyes and start mashing the button to advance. With so much of Pecaminosa revolving around its writing, it was disappointing to find myself growing as tired of it as I was. 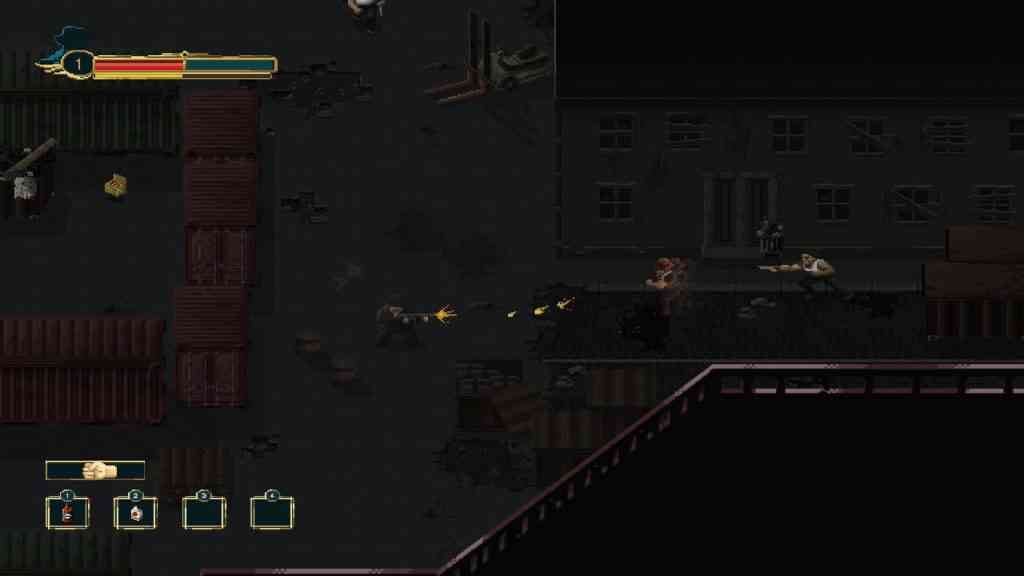 What did remain stellar throughout the entire journey was the soundtrack. An excellent, original score chock full of smokey, jazz-driven tunes kept me bopping my head the entire way home. Truly, for everything I didn’t like about Pecaminosa, it’s undeniable that the atmosphere it creates is phenomenal. The sound design, coupled with the vibrant “pixel-noir” visuals, were more than enough to keep me invested, even when the gameplay started to crumble.

I’ve said before that the Nintendo Switch’s Joy-Cons aren’t meant for precise aiming. But, generally, top-down twin-stick shooters work without issue on the system. Pecaminosa is not one of these games. Aiming at enemies feels imprecise, and the reticle has a floaty feeling to it that I could never quite get the hang of. The town is packed to the gills with ammunition, so all those rounds lost shooting at thin air won’t leave you high and dry, though you’ll still want to make use of your experience points. Doing so will grant access to upgrades in damage, accuracy, health, and more, but despite these improvements, I never felt properly equipped playing with the Joy-Cons. 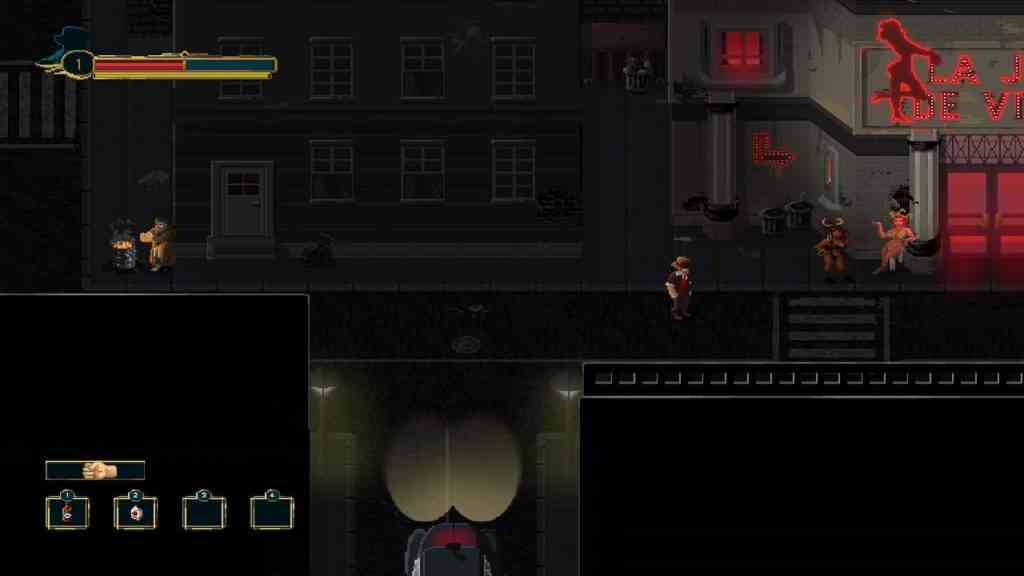 Maybe that’s what I need to keep in mind as I look back at my time with Pecaminosa; it wasn’t so much the kick in the head as it was playing on the wrong hardware.

Pecaminosa is a perfect little game to spend a weekend with. It won’t challenge you, it doesn’t last long, and the atmosphere is enough to warrant a look from any noir fan. I can’t help but feel like you might be better off playing it on steam, but you’d still have pages of exhausting dialogue to sit through. I suppose that’s all really subjective, but Pecaminosa misses the mark more than it hits for my money. 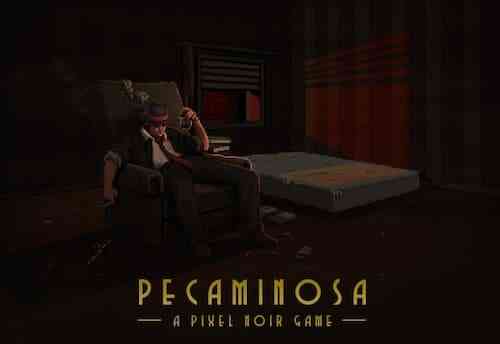 The Saints Row Reboot Got a Much Needed Delay