Over the past few years, we have seen the roguelite genre flourish. Games like The Binding of Isaac and Dead Cells spurred developers to delve into the realm which has resulted in a slew of titles that aim to give that ‘one more go’ factor. With the danger of being lost in the crowd, Revita looks to leap above the competition with its implementation of a unique mechanic but is it enough to separate itself?

Devoid of memories, you awake in a strange metro station that houses multiple characters. With the desire for knowledge, you aim to reach the top of the clocktower to discover answers to the predicament you are in. While the narrative is subtle, you will begin to decipher the secrets that lie within the melancholic world. Discussions with NPCs and the environment itself help develop the narrative and give further purpose to your adventure.

Revita is a 2D, side-scrolling, twin-stick shooter which requires you to fight your way up a tower. Starting at the bottom, you will need quick reflexes and poise to work through numerous rooms and eventually reach the boss. You enter and exit rooms via a lift and attempt to decimate all that inhabit the area. Due to levels being self-contained and not part of a wider, interconnected environment, the game has an addictive arcade feel. While the rooms are small, the range of enemy types you encounter is vast and makes each floor a joy.

Blasting enemies is incredibly smooth due to the tight mechanics. You can bounce up walls to evade the numerous projectiles that fill the screen. Another useful skill is the ability to dash. With this, you can avoid damage which is particularly important as you will constantly strive to preserve health. It is also an excellent method to control the distance of foes and pick them off individually.

As you work your way up the floors, you’ll get the opportunity to upgrade or equip new abilities. Differentiating itself from its peers, Revita uses health as a form of currency. This adds a delicious risk/reward system where you sacrifice health for power. Luckily, you can regain hearts by quickly annihilating enemies and using their collected souls to restore your energy. Perks can drastically change your approach to combat. Some support defensive properties whilst others offer more offensive variety. The sheer number of options available is scintillating and makes each run different. 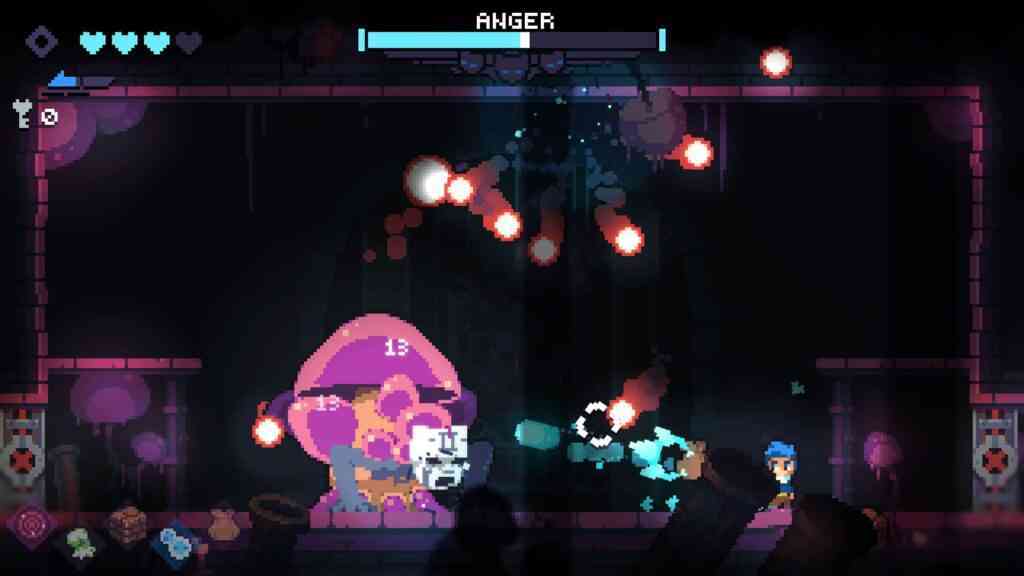 During a run, you will come across merchants and chest rooms. The shop will usually have a few items available which vary in cost and effectiveness. Chests, however, differ from some that offer curses as well as boosts. To unlock these, again you will need to surrender health for the hope of a useful item. This adds a layer of strategy to runs as you will need to work out the health you could regain before you reach the final room where the boss dwells.

Each boss is a visual metaphor that progresses the narrative and offers a suitable challenge. The fights vary and require you to weave in and out of bullet-hell segments whilst dealing damage. Even though they are difficult, you steadily learn their attack patterns and will soon be able to overcome mammoth adversaries. After which, you’ll board another train and be given more options to upgrade your abilities before climbing a new tower. Between runs, you peruse the clocktower and use a range of collectibles to unlock new artifacts, areas and much more. Due to the number of unlocks, the game continues to evolve and allows you to experiment with a range of weapons and upgrades. 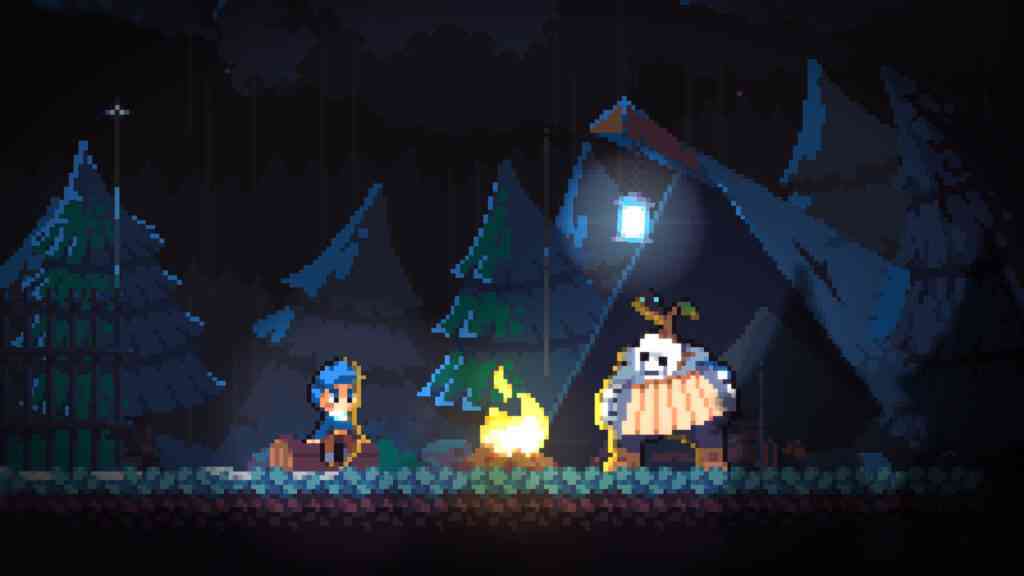 The personality of Revita shines through its 16-bit art style. A clear ode to greats of the past, the game possesses large sprites that have a ton of character. The blue-haired protagonist has a simple but memorable design that is in line with games of the era. This is further amplified with its retro-inspired soundbites. With its catchy melodies and general effects, the game perfectly captures the feel of the 90s.

Revita is a tough and addictive roguelike. Due to the game’s gimmick of trading health for power, each decision has more weight. Although this does make it more challenging, the number of unlocks and abilities make each return trip a thrill. The small, self-contained rooms are similar but enemies vary and as a result, you’ll find yourself jumping back in the lift to try to get that bit further. 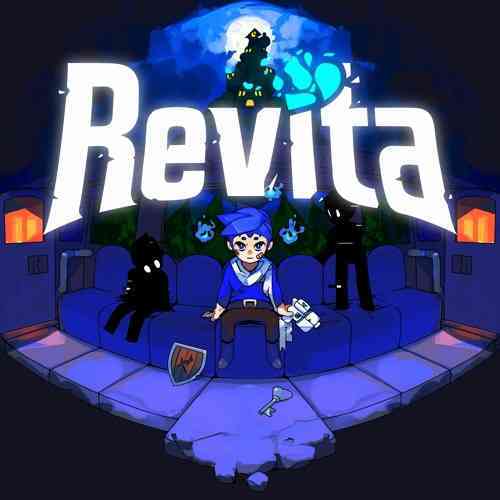