When Microsoft unveiled ReCore to gamers at E3 2015, it instantly drew attention with a moving tease featuring a young wanderer and her robotic dog companion, followed by the revelation that Keiji Inafune (Mega Man) and Armature Studios (made up of former Metroid Prime developers) would be collaborating on the project. Considering its pedigree it was hard not to imagine greatness from the start and I was genuinely excited to see what would become of this mysterious game. Now in my hands, did ReCore deliver on it’s potential? In many ways, yes. ReCore offers fast paced old-school arcade action mixed with light RPG elements and platforming sections that made my stomach sink more than once. But all that good comes with some caveats.

Right from the get-go, I was sucked into ReCore‘s world thanks to its strong lead character and the interesting narrative set-up. You play as Joule, a surviving human on the dry and abandoned planet of Far Eden – once thought to be mankind’s new home after Earth became uninhabitable due to the “Dust Devil Plague”. The robotic corebots meant to aid their human handlers on Far Eden have for some reason been corrupted and turned against them. With only breadcrumbs in the form of her lost father’s guiding voice embedded in special cores, Joule takes on the task of getting to the bottom of it.

“ReCore offers fast paced old-school arcade action mixed with light RPG elements and platforming sections that made my stomach sink more than once.”

Luckily, not every corebot has turned, though. Joule’s trusty dog-like corebot Mack stays by her side and along the way she befriends a few other corebots as well. The relationship between Joule and the friendly corebots not only keeps the story engaging, it informs and shapes the – ahem- core gameplay too. Most of ReCore‘s adventure is spread across a huge desert littered with derelict mining outposts and dungeons with bosses to conquer. It’s got a little bit of a Zelda vibe when you first start playing which isn’t a bad thing.

Gameplay is always king and this is where ReCore truly shined for me. It’s not perfect. Joule can, at times, feel a little light and twitchy when making precarious leaps of faith from one tiny platform to another. That being said, the platforming challenge areas themselves were a blast to play and offered up just the right amount of challenge without ever being frustrating. 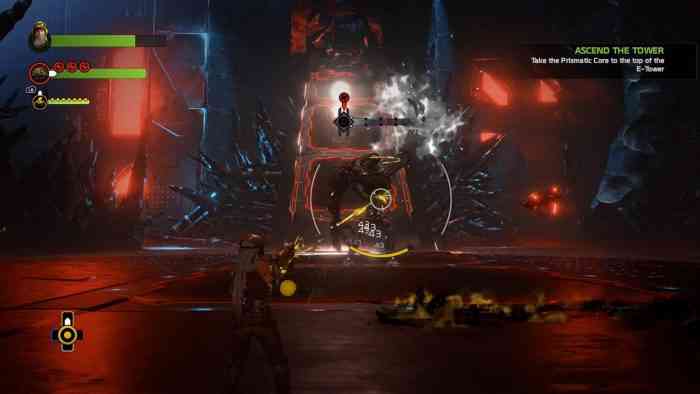 Combat was another big highlight of the game. Intense battles against numerous corrupted corebots and bosses at once was always exhilarating thanks to a combination of Joule’s personal move set, which includes double jumps, propulsion dodges and a sweet core removing grapple. On top of this is the ability to mix and match friendly corebots to fight by your side. Each corebot is identified with a particular colored core; red, blue, yellow, etc and as you progress through the story, Joule’s rifle can be upgraded to fire matching energy. Shoot red energy at a red corebot for maximum damage. Switching your friendly corebots to also match adds to the damage and gives one ally time to recharge their special as you lay devastating blows with the other. Not only that, each of Joule’s corebots can be customized by finding blueprints scattered across the world. The blueprints allow new parts to be made which in turn improve the friendly bot’s buffs. Harvested cores from enemies are also used to upgrade your corebots stats such as attack, defense and energy consumption. I enjoyed the combat so much that I spent a lot of time just wandering the desert engaging in battles, collecting cores and upgrading my corebots.

“ReCore is plagued with horrible load times. The average length during my playthrough was close to two minutes and even surpassed that on a couple occasions.”

There was a design choice that I didn’t enjoy and that was the limit of bringing only two corebots with me at a time instead of bringing my whole party. To exchange corebots you need to visit Joule’s tumbler. This mechanic in itself probably wouldn’t have bothered me if it wasn’t for that big caveat I mentioned earlier. ReCore is plagued with horrible load times. The average length during my playthrough was close to two minutes and even surpassed that on a couple occasions. There are rare moments where you’ll re-spawn quickly after death but they were few and far between. Every time you load a new area or quick travel and often after death you’ll have stare at an excruciating load screen.

Unfortunately, a few bugs reared their head as well. A couple times collision detection was nowhere to be found on crates, allowing me to fall right through but thankfully a quick restart of the save file fixed this particular issue. Another time, multiple waypoints appeared from nowhere making it difficult to find my way out of a cave. Little hiccups that weren’t game breaking but were disappointing to see nonetheless. 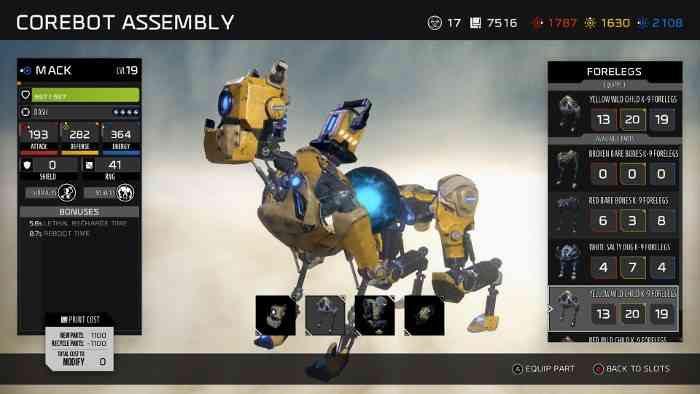 Visually ReCore doesn’t always impress either. Some interior locations look solid but outside textures are low res and objects and shadows pop-in in the distance. Which makes it even crazier to write that ReCore has frame rate issues on top of this. Thankfully the art direction is great with interesting and believably worn locations, and well-designed corebots. If ReCore had another few months to bake in the oven before being served it could have been truly special.

Ultimately ReCore contains fun combat, an engaging lead character, cool customizable corebots, and a big world to explore filled with challenges. It hit a lot of the right notes and its biggest issues are of the technical kind which will hopefully be addressed in a patch or two. If you can look past the technical issues ReCore is a great title made even more enticing by its lower than normal price and is certainly worth taking a look at. 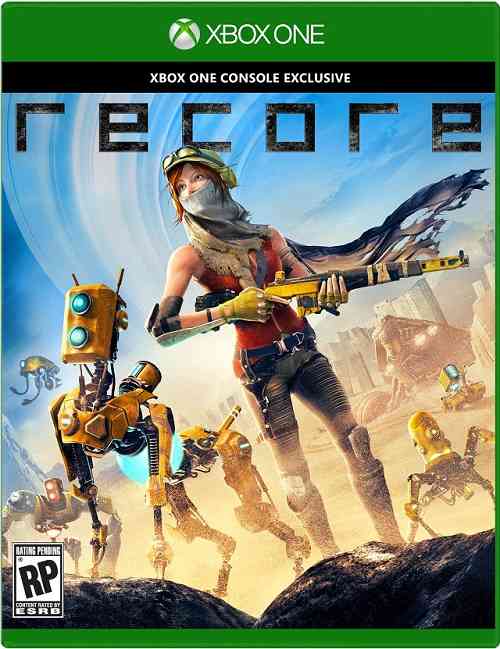 Super Metroid May Join the Metroid Prime Remakes
Next King Oddball Review- It’s Like Angry Birds Without The Frills
Previous Oceanhorn: Monster of Uncharted Seas Review – A Love Letter To The Legend of Zelda