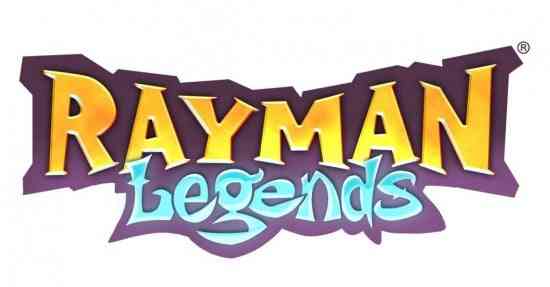 It seems as if Rayman Legends is the little game that just won’t quit. From the Wii U to the Vita to the PS3 and Xbox 360 we now have the inevitable port to the PS4 and Xbox One. While the game itself is largely the same as its predecessors it still manages to stand out with an extra bit of shine that past gen consoles couldn’t quite achieve and is well worth your time if you haven’t played it yet.

You’d likely have to be living under a rock if you haven’t heard of Rayman Legends up until now. A platforming gem it received amazing critical scores for its sheer amount of content and it’s harder than you might think difficulty levels. A challenging game with stunning amounts of content in a brightly coloured and thoroughly entertaining package Rayman makes the next gen leap in style.

Of course I’m assuming that you have at least some idea about the game at this point but if you don’t you can check out our original Xbox 360 and PS Vita reviews for more information. Summing it up though, Rayman and his pals are woken up after a 100 year slumber to rid the Glade of Dreams of its invading Nightmares… ta da, there’s the story! The game play speaks for itself and tells its own story as you advance through some of the cleverest level design I’ve ever seen in a platformer. Rescuing Teensies, collecting lums and unlocking other characters, creatures, paintings, levels… the list really does go on and on. For a title that is only asking for $50 (yeah I know it’s only 10 bucks cheaper than normal but it’s worth it) of your hard earned dollars you are getting an absolute ton of content. You want bang for your buck you’ve definitely got it here. 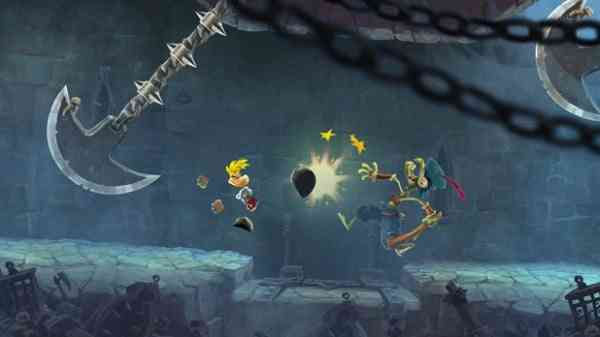 As mentioned the level design is borderline genius and can be some of the most challenging experiences you’ve ever had with a controller. It seems like all of the strengths of a good platform game are present with auto side scroll speed levels, controlled falls, awkward jumps, death from above. It also has a few things I haven’t seen in platformers as well with a few levels set to music that challenge your rhythm. On the more difficult levels you’ll die numerous times whether it’s to go back and get an elusive Teensie or just because you haven’t quite learned the quirks of the level. I appreciated the challenge for sure but have to admit to some near controller throwing rage quits. The only thing stopping me was the fact that I don’t want to drop $60 on a new dualshock controller!

Not much has changed in the ports from the past gen consoles except for some extra costumes (I’m really partial to the Assassin’s Creed costumed Rayman) and some extra challenges if you’re playing on the Xbox One. Not that it matters of course because the game stands tall all on its own. This is just another place to play it. Luckily the touch controls that excel on both the Wii U (which is really the ultimate console to play the game on) and the portable Vita version are translated well enough to buttons that it controls fairly easily. On levels where you’re running with Rayman while having Murfy move levers and ledges you really need to get the controls down because your fingers really do get moving fast and furious. As you earn lucky tickets in levels for collecting lums it is fun to use the touchpad on the dualshock for your scratch and win earnings… how’s that for next gen!? 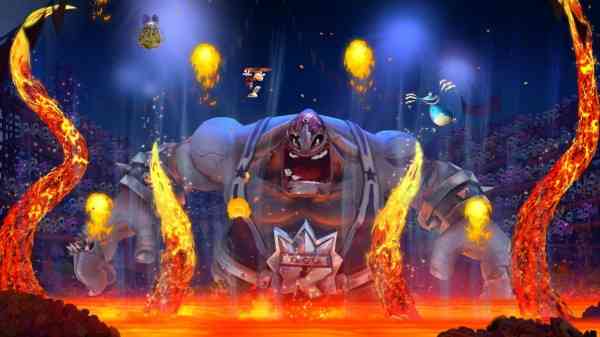 Now to be perfectly fair the game looks and plays amazing no matter which console you’d ever choose to play it on. In fact when comparing the PS4 version with the Wii U version it was difficult to actually tell the two apart. I didn’t compare it to any 360 or PS3 versions but I’d imagine that they look pretty too. If anything you just get that 1080p pop that gamers seems to crave (and argue about incessantly) and it just makes everything look like you’re watching a cartoon show in action. Great music just adds to the atmosphere although I do find myself humming or whistling the tune long after I’ve shut my console down. I don’t know if that’s a good or a bad thing but according to my wife it’s a ‘shut the hell up’ thing.

As it stands Rayman Legends for the PS4 and Xbox One console is just another way to get this fantastic game into the paws of gamers who have yet to enjoy it. It stands as one of the best platformers of the last generation and with the mentality of ‘If it ain’t broke don’t fix it’ it will easily stand out as the same for the next generation. Smart design, eye popping backdrops and serious charm make Rayman Legends a must have for gamers of all ages.