The Castlevania franchise is long and storied at this point as Lords of Shadow 2 marks the 35th installment in the series (crazy, I know). With that comes a very convoluted back story and history that may leave newcomers, and probably some veterans, scratching their heads over the plot to this one (even with the ‘helpful’ video to explain it all). With that in mind, I plunged headlong into Lords of Shadow 2 and was pleasantly greeted with a fun, enjoyable gore fest as Dracula, the Prince of Darkness, makes his way through the modern world to stop the resurrection of Satan, whom he (SPOILERS) defeated in the first game. The fun and enjoyable parts petered out over time, but that part comes later.

LoS2 picks up after the end of the first game where a centuries long deceased Dracula wakes up in the modern world as his old nemesis, Zobek, warns him of the impending return of the big, bad Satan. Dracula must regain his powers in order to do battle with the Devil himself, as he traverses a modern city built on top of the ruins of his old castle and battles Satan’s children, also known as his Acolytes (not even going to point out the language problems there). Meanwhile, Dracula is visited by his long deceased son who is also a wolf who transports him back into his own memories that are recreations of the past… or something. Basically, you can go back and run around your castle before it was destroyed and gain valuable new powers, deal with Dracula’s evil past and his murderous castle as well. 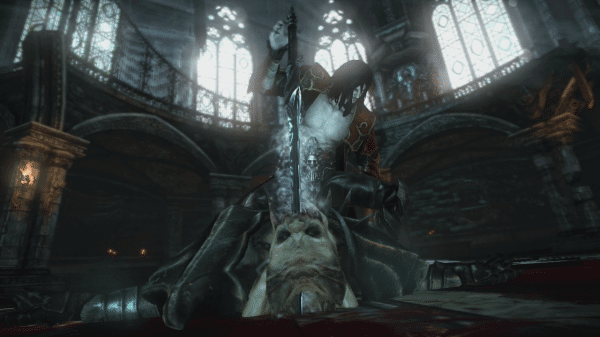 Story aside, LoS2 shines bright in several areas. First, there’s the game play side of things. With the God of War style hack and slash with soul absorption for power ups, it tailors itself very well to the powers of Dracula. The blood whip is both fun and economical for enemy thrashing, while the Void sword and Chaos Claws are as awesome as they sound. You require each of the weapons specific talents at various points (the sword and claws are needed to unlock things throughout) and the upgrade system for them is both straightforward and helpful to you as you advance through the game. There’s also a variety of quick time events throughout (such as feeding for a little health boost) to keep you on your toes and to keep you focused during the longer combat scenes.

There’s also a variety of puzzles that can be quite complicated and consume a lot of time (for better or for worse). The puzzles are mostly environment oriented which keeps them entertaining and keeps the game from getting stale. There’s also a side quest with a series of challenges that you have to find along the way that are quite satisfying to find and equally great to play.

Another aspect where LoS2 shines is the beautifully rendered environments. To be honest, the cut scene videos weren’t exactly up to snuff with some sections looking a little dated, but the playable environments made up for it. The detailed castle interiors, the panoramic exteriors and even the cityscape are all a wonderful backdrop to the wholesale slaughter of Satan’s minions. They even added a ‘memorial’ collectable that tells you in the present what parts of the castle that section of the city had been built on which was cool since you had often run through that part of the castle very recently in the past. Another strength was the music. The composer, Oscar Araujo, put together a score that is atmospheric, brooding, epic and sad according to where you are in the game. There was never a time where I felt the music was out of place and it was never too much, it was always the pitch perfect amount for the scene that was taking place and it always added a quality layer of depth to each scene. 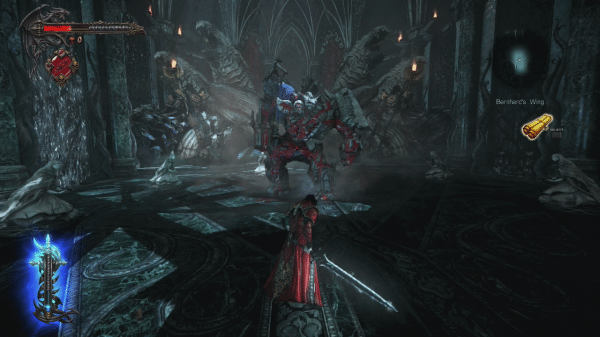 To its credit, LoS2 was confident enough to have a pretty hefty run through time, clocking in around the 20 hour mark. Usually, that’s awesome. This time, though, it didn’t work out so well. Where LoS2’s run time is rather lengthy, it’s actually pretty padded as opposed to being engrossing. There’s a variety of monsters, sure, but they get annoyingly difficult as you progress in power. It got to a point where a group of shotgun wielding monsters shot me while I was near a wall and all their blasts timed perfectly to eradicate my full bar of health before I had the chance to stand back up. There were dozens more examples where this one came from, each of them as frustrating.

This leads me to the boss battles in game. There are so many to choose from since there was a boss fight every half hour it seemed, and each of them were pretty lengthy battles.  The ‘best’ part of the boss battles was the dialogue from your enemy. Remember back in the day, where graphics were limited and voice acting was just taking hold and they only had enough room for a line or two of taunts from the villain? Remember that the PS3 and XBOX 360 got rid of that with processing power and thus, more space for in game stuff, like dialogue? Someone forgot to tell the makers of this game about that cause each boss only had 3-4 lines that they would say about every 15 seconds for the entire fight which were several minutes long, incidentally. I turned the sound off several times just so I didn’t have to listen to the demon augmented voice of yet another annoying character berating me with ‘insults’ that had no relevance to the scene or even the game.

LoS2 also has the distinction of having the level in the garden with Agreus, which will go down as one of the single most frustrating sections of gaming that I have ever played. I mean, ever. Nearly impossible (I literally said f**k it and ran) with ‘helpful’ clues that actually set you back, it definitely makes my ‘I almost threw my controller through a window’ list. 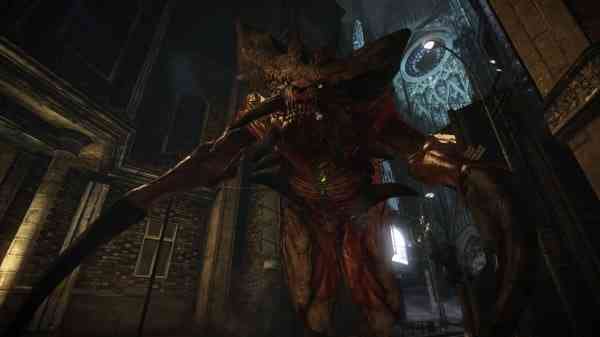 There’s one other aspect of LoS2 that drove me crazy; it didn’t have a ‘save game’ option. Apparently, you can only play one game at a time (the only reason I could think of was to limit how much fun can be had out of the game) and so you don’t get the option of saving. You have to, instead, keep your eye out for the ‘auto save’ icon and hope that it wasn’t just loading the next section if you wanted to turn it off. Maybe I’m just paranoid, but I couldn’t help but feel I was going to lose my whole game every time I turned it off. This also stops you from being able to see how long you played, which limited my ability to gauge how long the game is from looking at the time played to asking myself ‘how many hours did I waste today?’.

Overall, Castlevania: Lords of Shadow 2 got a resounding ‘meh’ out of me. While the game play mechanics were fun, they got boring over time and downright aggravating with the plethora of rage inducing boss battles. Each area of the map was beautifully rendered, but the cut scene videos weren’t up to par by today’s standards. It has a variety of fun and engaging puzzles, but it also features one of the most agonizing in recent memory. So, in the end, the game is good but it has enough bad to keep it from being great.