Many critics have dug the PS Vita an early grave and called the handheld console a flop. Many believed that it is a machine that just doesn’t have the user base or the games that it was expected to gain. I would beg to differ and Rayman Legends is just one of the games for this console that make great use of the Vita and all its little perks.

Rayman Legends is exactly what the Vita was made for. It’s insanely fun and it’s light hearted which is a nice break from the usual games full of murder, death, and kill. In fact it does exactly what a great game should do in my mind; it makes me keep playing long after I’d said I was going to stop. Bedtime was at 10 and it’s now 12 and I’m just shutting down the console.

The basic synopsis of Legends is that Rayman and his pals have been asleep for 100 years and in that time nightmares have taken over the Glade of Dreams and it’s time for Rayman and his pals to get rid of them. Pretty simple right? In all honesty that’s all the plot this game needs as the fantastic platforming and gorgeous backdrops speak for themselves. Not only that, but the developers made sure to make use of the Vita’s touchscreen and gyroscope for some unique and challenging tasks. The only negative that I’d really have to say is that at times the controls were a little bit difficult to follow, especially some of the gyroscope stuff. 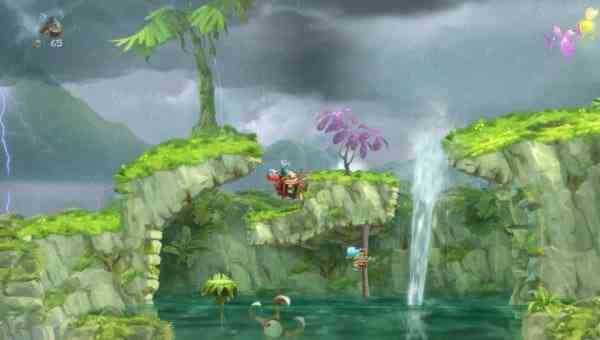 The levels themselves are expertly designed. Ranging in locations from a beautiful forest to swamps, deserts, Mexican kitchens and creepy dungeons. You’ll pretty much have to use every platforming skill in the book to succeed. Seeing as there are 600 and some odd teensies to rescue (damn teensies just can’t take care of themselves) it’s easy to tell that there is a lot of depth to this title. Add on the wealth of collectables and unlockables such as characters, a creature gallery, origin paintings and challenges and you’re sure to be twitching your thumbs for a long time to come. Unlockables are attained by collecting lumines, rescuing teensies, increasing your ‘awesomeness’ by collecting trophies and more.  And just for posterity sake, yes I know there is the debacle of missing levels and teensies that are found in the home console versions, but Ubisoft has addressed this and said they would be providing the missing levels in a future DLC update.

In regards to content this game is all killer with no filler. Considering the sheer amount of gameplay and replayabiity it’s a damn good title for the $40 price range. My only bicker is that some of the levels have some finicky controls, like I mentioned above, and this results in many replayed levels just to get my hands on a final teensie to complete my collection. This was most evident in levels where control switched to Murfy who is completely controlled with the touch screen and gyroscope capabilities. You’ll use Murfy to manipulate platforms, cut ropes and swat bad guys as your character simply follows along and does the platforming all on their own. At times there’s more than one direction to go so you need to make sure you’re manipulating the right thing at the right time just to move in a certain direction. Easy to miss at times and hard to pull off at others, I found that even though I knew what I had to do the controls held me back from succeeding in my task. I guess to be fair that’s just part of the challenge, especially in a platforming game, but I can’t help but feel the controls could have been just a slight bit tighter.

I attempted to take advantage of some of the multiplayer options like a fun little soccer style game but had no luck in finding a single other person to join in one of my games. An unfortunate situation but at the very least it did look like there was some fun to be had if you could find a partner. 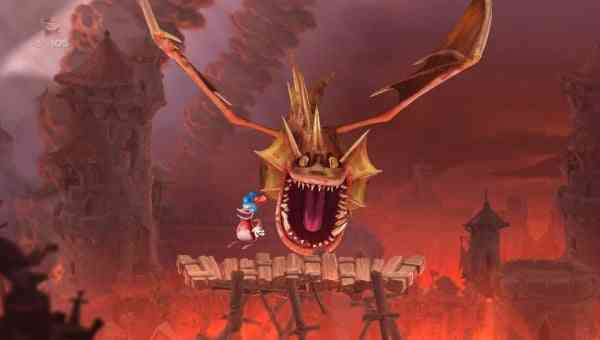 Visually, Rayman Legends is absolutely stunning making full use of the OLED (soon to be LCD I suppose) screen on the Vita. Environments are lush and bright and character detail is spot on. I’d venture to say that this is one of the more stunning titles available yet on the Vita. The enjoyable soundtrack plays happily alongside, and while nothing amazing or particularly memorable you’ve got some appropriate music to accompany you on your journey.

I can honestly say that Rayman Legends is the most fun I’ve had platforming in a very long time. The game’s impossible to put down gameplay really does give the Big N and their Mario goodness a quality ‘run for its money’. If you’re looking for something to play that requires no more than a desire to have fun then you can’t afford to pass this one up.

Next Memoria (PC) Review – The world of “The Dark Eye” just got better!
Previous Killzone: Mercenary (PS Vita) Review – Can a Console Like Shooter Exist on Sony’s Handheld?