When the PS Vita was rumoured to be in development there were lots of expectations and hope for a console gaming experience on the go.  Sony’s latest handheld was launched in February 2012 and since that time a true console experience on the run has been hard to find, particularly in the realm of first person shooters, a genre that home consoles have an abundance of.  The PS Vita has seen a few FPS games that were ok (e.g. Resistance and a COD title) but nothing that was extraordinarily good.  Well, not to give up Sony has just released Killzone: Mercenary for the PS Vita, a game that looks to show off what an FPS can do on the fledging handheld. So, is this the portable FPS that you have been looking for?

Killzone is a franchise that has been around on the PS2 and PS3, and it is slated for release during the PS4 launch, so it only seems right that a PS Vita has a version too.  The first thing Killzone fans will take note of is that although the story is set in the Killzone universe, it is not your typical ISA versus the relentless forces of the Helghast.  This time around you play as a mercenary known as Danner, who will fight for whatever side pays him the most money.  He has no qualms with what he does as it’s simply about getting the dollars.  I found this approach somewhat interesting as it’s not just about ‘good versus evil’ as there are many predicaments that you’ll find yourself in that question the reason your there and if you really should be doing what you’re being paid for.  It was a nice change in story telling for this franchise and most should enjoy it. 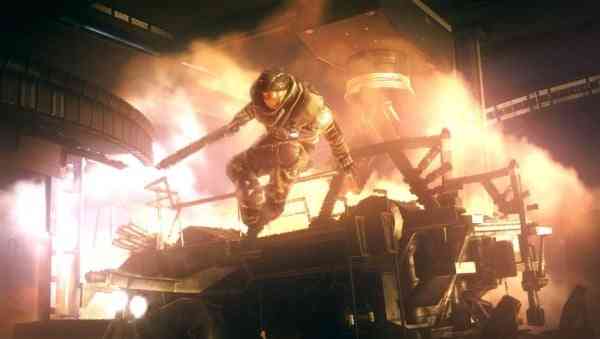 One of the biggest questions PS Vita owners and fans of FPS fans alike have will be “How does the game control”.  I would venture to say that most should be fairly impressed, but it is not perfect.  The dual analog sticks of the PS Vita lend well to the game, as it emulates that of an actual controller quite well.  Those who have played FPS games on any home console should find themselves quite comfortable in this area, as well as with the various buttons needed to do such things as shoot, jump, and reload.  Where some of the problem lies is that there are still some compromises with the control due to a lack of the R2 and L2 buttons of a Dual Shock controller as well as fact that the dual analog sticks are not clickable.  Specifically, you’ll find such things as run or crouch assigned to the same button, and you’ll have to change to a grenade using the touch screen in order to use the button to throw it.  Personally, as a fan of the FPS genre, I wasn’t really excited by some of the things that had to be done here; however, I understand why and found that I could adjust accordingly.  In the end it wasn’t that bad.  That being said, it’s these little things that can make it feel “un-console like” at times and purists will most likely notice it the most.

Given that the PS Vita has the benefits of some unique features, developer Guerilla Cambridge has taken advantage of this fact without making them too intrusive or overbearing in their implementation.   For me where this is most evident is in the use of the touch screen.  You’ll find the touch screen used for melee attacks and interrogation of enemies, as well as hacking locks, planting bombs and using various switches (e.g. valves).  These are as simple as following the on-screen cues that basically involve swiping the screen in various directions within a small time limit.  I found that these were not overly used and their execution is fairly well done.  They do not feel tacked on and they have a purpose as they are integrated with the gameplay, so you’ll have to be quick to complete many of them as the battle around you continues on.  I didn’t mind these gameplay elements in Killzone: Mercenary as I didn’t feel they were forced.

As you play pretty much everything you do results in cash.  From simple kills, melee kills, headshots, to collecting ammo left by a dead enemy, you are rewarded with in-game cash for each action.  This cash has a purpose, as it allows you to buy new weapons, armor and VAN-Guard items from the Blackjack Store.  Throughout the levels you traverse you’ll find various points where a Blackjack Store is accessible.  You’ll also access it between levels.  This is basically a place for you to change your loadout and buy new items should you desire.   New items are purchased with the in-game money you are rewarded with.  A new feature you’ll discover in the store are VAN-Guard items, such as special radar, a remote controlled robot or computer controlled missiles to name a few.  These items can turn the tide in battle for you and they are a nice change from just having access to the traditional primary and secondary weapons, as well as armour and grenades. 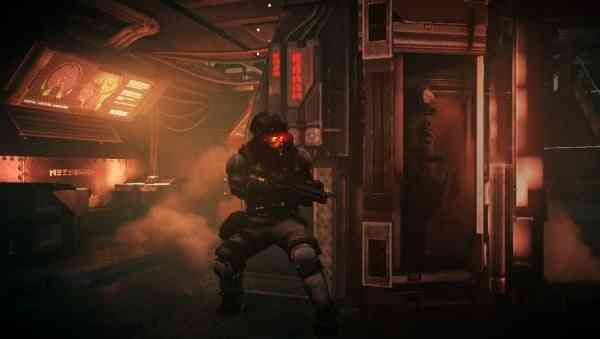 The enemy AI isn’t too bad at all, but it is far from being just right.  The Helghast make sure to put up a challenge and this becomes evident in the later levels.  Some of the AI can be smart and try to flank you, but you’ll still come across those who just stand in the open as they try to shoot you or those times when they try to overwhelm you in numbers.  Regardless I have come across many console based games with worse enemy AI, so Killzone: Mercenary isn’t too bad, just keep your expectations realistic that this FPS is on a handheld console with some limitations.

The missions in the game are pretty straightforward and task oriented, from rescuing people to destroying various key objects.  Yep, it’s pretty much that simple and it’s nothing that we haven’t seen before.  They are also somewhat stereotypical to the genre as a whole, so don’t expect this game to win any accolades here.  Killzone: Mercenary is relatively short too, coming in at around 5-6 hours of playtime.  Sure, it may be one of the shortest Killzone games you’ve ever played, but when you consider how short some other home console FPS titles have been in the past, it’s comparable.

Along with the single player campaign Killzone: Mercenary offers up some adversarial multiplayer madness.  Up to 8 players can head online to play one of three modes (deathmatch, team deathmatch, and the objective based Warzone mode).  At launch there are six maps and for the life of me I don’t know if there will be anymore added.  I played a few games in hope of checking out all the maps.  As I played I found matches to hit and miss in regards to lag and stability.  There is a 1.1 GB patch at launch, and I did download it, but I am not sure what it fixed.  I am not one to play online on the PS Vita, so I found my experience online was interesting to say the least.  There are some random VAN-Guard drops when you play that add a bit of intensity as you try to access and gain the drop for yourself.  The maps themselves are ok, but given how used to full FPS games on home consoles I am I felt that they could be confusing now and then and not as well developed as those I played in the past.  In the end I don’t find a hankering to play online that much with this game, but that doesn’t mean a lot of people won’t enjoy this aspect. 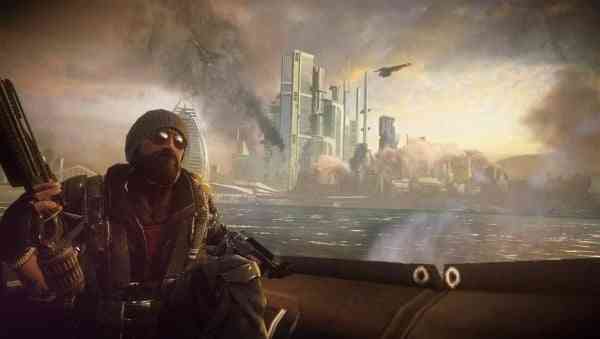 Visually I was pleasantly surprised by Killzone: Mercenary.  Right from the opening cutscene I knew I was in for a visual treat and the more I played it became evident that this game shows what I consider to be the next level of PS Vita graphics.  From the animations, the lighting, to the textures and geometry used to make each level, it is a pretty good looking title.  The framerate is also relatively stable too.  Sure, there was a hiccup or two (e.g. slowdown), but it is not that frequent and given how good the game looks I considered it a moot point.  Overall you’ll find yourself wanting to show others this title to show how good visuals can look in a PS Vita game.

As for the game’s audio, like with most handheld games you will want to wear a good set of headphones as you play.  The sound is rich, there is lots of explosions and varying gunfire as there are different weapons, and the overall atmosphere sounds good.  The voice acting complements the overall feel.  As you listen to the dialog during cutscenes, and the in-game banter, you’ll enjoy what is offered.  Heck, sometimes it gets a little to ‘b-movieish’, but this actually adds to the overall feel in a way that I didn’t mind it at all.  As for the game’s music, what is there has a bit of impact on the gameplay, but you won’t care as you are playing to save the world so to speak, not to sit back and enjoy the music.

Killzone: Mercenary is a fairly good game, it is as simple as that. It a great title to show off how good games can look on the PS Vita, as well as how good one can play including the touch screen support.  Sure, it’s not a true console experience, given a few control compromises and a few technical issues, but it is as close as I have come on the PS Vita, especially for an FPS.  And besides, the game is on a handheld console for goodness sake, so you should expect a title meant for such.