Developed by Toxic Games, Q.U.B.E. 2 is the sequel to the sleeper hit from 2011 with the same premise and aesthetic; solve the puzzle to get to the next room in what seems to be a sea of infinite cubes. Following suit of the previous game, you’ll awaken within a strange structure made entirely of cubes with no memory of what you are doing and where you are. The radio will begin to chatter as you are met with the voice of Emma Sutcliffe, one of the agents tasked with the destruction of a foreign object in space that was going to collide with earth. She tells you that you are aboard the device which was used to stop it but now must find your way out.

Q.U.B.E. 2 does an excellent job of walking you through the paces of each unlocked ability and how they interact with one another. Puzzle games often begin to falter by either making each challenge a breeze or throwing complex ideas and mechanics at the player far to early, however, I found this to be quite the perfect progression of difficulty. It’s also fantastic that you aren’t slapped with troublesome time limits as many games of the genre are want to do. No, instead Q.U.B.E. 2 lets you go at your own pace and figure things out for yourself in your own time. Despite the sinister narrative that develops through the dialogue and exploration of the environment, it is quite a relaxing game that lets you take your time and solve the problem without hints. In fact, moments of dialogue between Emma and Amelia, the player character, are so rare I find myself forgetting there is a story behind the game at all. 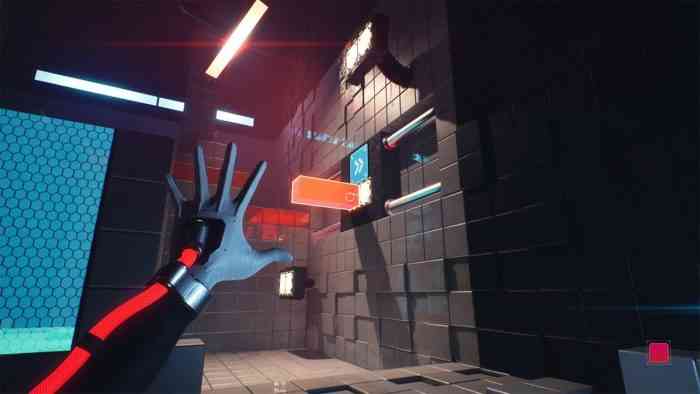 The aesthetic for the early portions of Q.U.B.E. 2 come across a bit mixed. On a graphical level, the presentation is fantastic, especially on the Switch while in tabletop mode. The early stages of the game have you moving through a nearly clinical-white environment entirely made of cubes which of course is the aesthetic to accompany the narrative despite its somewhat bland nature as there is little else different about them. I do, however, applaud the fact these cubes are not all uniform and create various edges and depths in the walls as well as obstructions on the floor. It’s an incredibly clever way to keep that sense of cold, soulless surrounding of advanced technology while being simple. It’s almost a duality of narrative chaos, but that’s diving a little too far into the philosophy of the thing.

The Not So Joyful Joy-Cons

The controls for activating and remapping the cubes is simple and easy – effortless, really – however the downfall for Q.U.B.E. 2 comes in the Switch’s Joy-Con joysticks. The only way to run in the game is to keep the left stick pointed at absolute vertical, any slight deviation will slow you down, and unlike previous Nintendo controllers which had small divots in the joystick’s base to keep it at specific points, the Joy-Con is free to let it slide with ease. This can make moving quickly an absolute pain with no dedicated run button. A similar problem arises with the right joystick. Often times you need to map a color to a cube at a long distance – usually situated next to another cube. With the short length of the joystick it can feel frustrating to try and select the right cube to activate as it does not have the length to warrant fine movement without wildly adjusting the sensitivity of the controller – which in itself does little to help. This is not the first game ported to Switch to be plagued by the joysticks and it certainly isn’t game breaking, but it can kill the flow of an otherwise mellow and enjoyable experience. 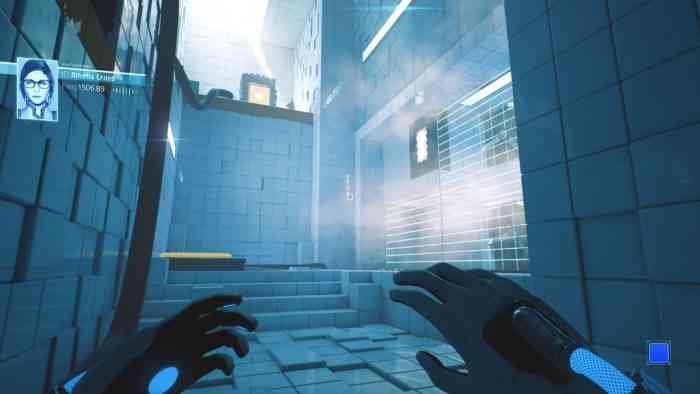 Q.U.B.E. 2 is a worthy successor to the previous game, building upon the established mechanics and basics of an exemplary puzzle-solving experience. Going at your own pace makes the game a relaxing and rewarding adventure as each new challenge is completed. The narrative does sit at such a minimal amount that it feels like it ought to be expanded upon – even just through notes dropped around the level – as these conversations between characters are so few and far between it’s easy to forget there is an overarching story. It’s pretty to look at and mechanically sound, with its only real downfall being the clunky joystick response which – while not game breaking – can simply be a little frustrating in an otherwise relaxing experience. 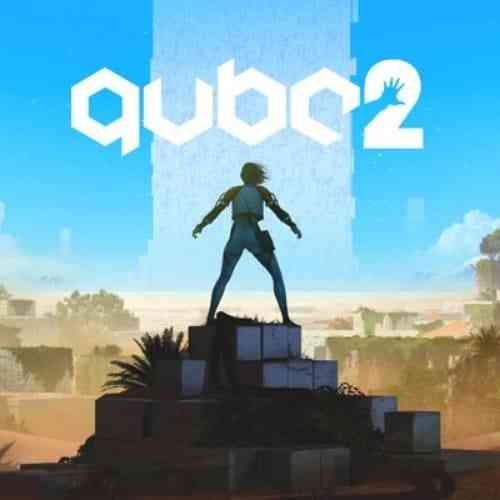