You should read this review because I had to break my immersion to write it and I really want to get back to my game because I was about to win! Before I get into the newly released expansion, Galactic Civilizations III: Retribution, I’d like to talk about how Stardock Entertainment, as a developer, has really had a good run of it, putting out well-thought-out otherworldly strategy game series and the Galactic Civilizations games, so far, have had a solid showing. Retribution is rumored to be the final expansion for the third and current game in the series.

Galactic Civilizations III: Retribution adds two new playable civilizations, The Korath (benevolent) and the Drath (malevolent), Precursor Artifacts from the ancient civilization of the same name, Supply Ships, Hypergates, and the final showdown fans of the franchise have been waiting for between the Terran Alliance (Human) and the Drengin Empires (Space-Orc-Things).  Each feature adds some nice streamlining to the primary play modes, and the campaign itself.

In the campaign story for Galactic Civilizations III: Retribution, we begin investigating a Drengian occupied planet with crucial mission info. Through partnering with the Drath (your first contact with the malevolent new race) conquering the planet and colonizing, you’re able to extract that info and move into the story to gather allies through colonizing and conquering until your final showdown with the Drengian Empire. Oddly enough, the Campaign was easier to play than anticipated and the arrival of Precursor technology like the Hypergates make it easy to zoom through the map for quick escape. The final attack on Drengi was fairly easy (I played on Normal difficulty) with the right-sized fleet and commanders assigned to boost stats. I wish the campaign had lasted longer with a bit richer a story with more intrigue.

The story in the Retribution expansion is okay, maybe a bit quick to finish compared to the remainder of the entire campaign, but it was nice to see a conclusion to the story. It was more important, I think, for the battle game modes to add some of these features (The Hypergates are pretty sweet, seriously). I found the Korath race to be really interesting for gameplay, as it focuses on talking more than shooting, but I played as both and found it easier to win with the Drath and their war-mongering. The Korath provide a nice challenge for a more long-term strategic game style.

This, in particular, is my favorite thing about turn-based strategy series like Galactic Civilizations, Civilization, and Age of Wonders is the amount of thought that can go into achieving a win and how any path and any wrong turn can turn your original civilization into something far from heroic. Whether you start out with the intent to only play a certain alignment or behave a certain way, or if you let chance take its course, you get a completely different experience every time as the self-generating map designs itself. With Galactic Civilizations III: Retribution, this is one of my favorite features. You can adjust the difficulty, the frequency of different nodes, the types of civilizations you encounter, and the shape and population of the galaxy to your liking. It’s incredibly customizable and really makes it possible to tailor the experience to your own gameplay and strategy style. 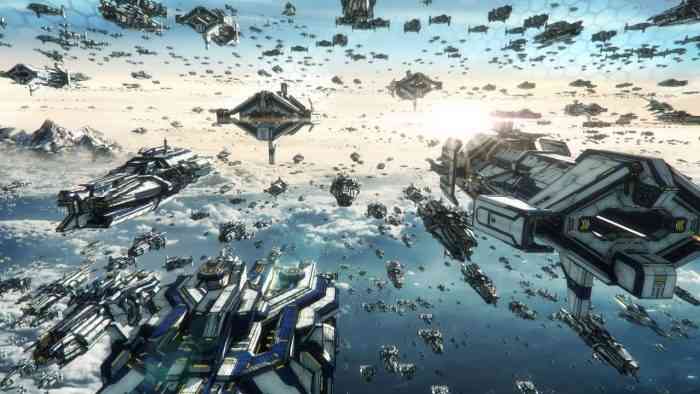 At this time, I am unable to enter into any multiplayer games, as there were none listed in the browser and my own searches were fruitless. I played the actual base game’s strategy mode with the two new races and found the controls to be intuitive, the UI slick as always, and the intrigue events to be engaging. I think that playing as the Korath provides a more rewarding gameplay experience since I took it as a primary focus in intellectual pursuits, diplomacy, and some light espionage, but it was fun to destroy using custom-built Drath ships when I got the chance to.

The cinematic cutscenes attached to Galactic Civilizations III: Retribution are the only place where voice acting is utilized and the acting is good and believable, though the scenes are short. I do think they have some solid writing and development behind them. The design overall, along with the graphics and the animation are all really good and stand up to other strategy games out there in this particular slice of the genre like Civilization VI.

With the word circulating that Galactic Civilizations III: Retribution is the to be the final expansion in the game, which has some fans hopeful for a Galactic Civilizations IV on the horizon. Nothing official has been announced on either topic, but this has been a nice conclusion to the ongoing campaign and good closure for fans. For casual players, the game still has much to offer as a strategy map game should. I look forward to keeping my eyes on Stardock. So far, between this and other titles like Star Control, Ashes of the Singularity, and Offworld Trading Company, they have a firm finger on the pulse of the galactic exploration and exploitation genre.


Siege of Centauri Review – Drowning in a Saturated Market

Scorpio 12 GB Means The Sky’s The Limit for Developers