Puyo Puyo Tetris 2 is an ambitious sequel that follows the previously successful entry of the same title. Whether you’re a beginner to Puyo Puyo or a celebrated Tetris champion, there is something for everyone of all skill levels to enjoy. From a brand-new JRPG-like adventure to even a new way to play our favourite chaotic combination, this game offers a lot more ways to test your Puyo Puyo and Tetris skills, whether you plan to play alone or with someone else.

The premise of the game is rather silly but it works in a strange way. You see, Puyo Puyo and Tetris are two games played in separate dimensions, they were not meant to be played together. But for some reason, the worlds of Puyo Puyo and Tetris have collided, and it is up to you to find out the meaning behind this mystery. And so begins your quest of finding answers by challenging everyone you see to a Puyo Puyo Tetris battle, because how else would you go about it? In this all-new story, we get to see old familiar faces as well as meet new characters and of course, play colourful puzzle games to our heart’s content.

Maybe you’re not that interested in a storyline right now and just want to get right into it, or maybe you want to relax and clear a couple lines before dinner. If you’re looking for a laidback Tetris line-clearing and Puyo-popping experience, the solo, multiplayer, and online modes will satisfy that desire. These different modes provide pure Puyo Puyo and Tetris battles in various different ways, such as timing yourself to see how long it takes to clear 40 lines to competing in online Puyo Puyo and Tetris leagues. With so many rulesets to choose from, you will definitely find something that suits your playing style. However, the adventure mode does unlock various things you can use in these challenges, so don’t neglect that for too long. 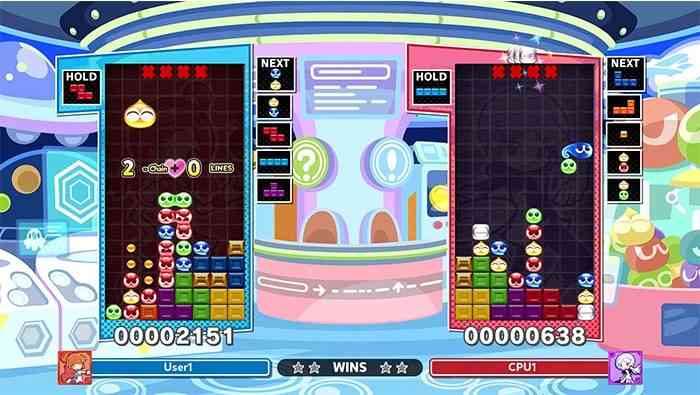 If you aren’t familiar with either of the two puzzle games, don’t worry too much. There’s an optional Lessons page that teaches you all you need to know, which is great because that means beginners are able to learn from a step-by-step guide, whereas professionals can use it as a refresher (or skip that page altogether and jump right into action). The learning curve in the story mode is also gentle and the plot introduces new concepts well. But just because they are great at teaching doesn’t mean they will go easy on you!

Even More JRPG-like than Before

New to the Puyo Puyo Tetris universe is the Skill Battle, which is where players can experience the most JRPG-like Puyo Puyo Tetris battle ever. Complete with HP and MP bars, party customization, item cards, and special character abilities, the goal is to watch your HP meter while attacking your enemy’s by clearing Tetris lines and popping Puyos. A successful attack sends myriads of garbage to your opponent but the same will happen to you as well. With MP, you can utilize your party’s special powers and perform skills such as restoring HP and clearing trash from your board. Item cards also help bring different benefits depending on which ones are equipped. Skill Battles may be more challenging to newcomers, but it is an excellent addition to the game once you get used to it. 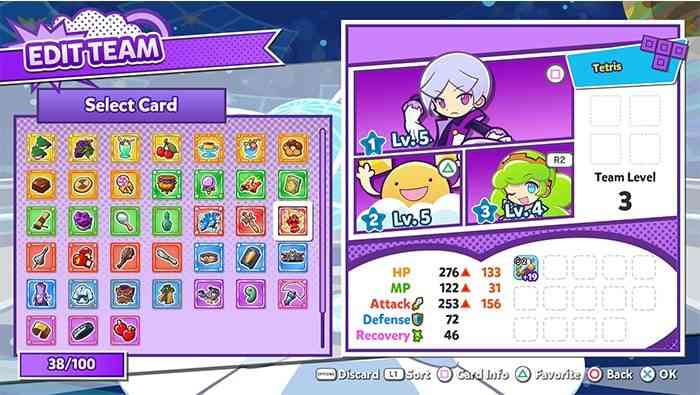 Puyo Puyo Tetris 2 boasts a roster of 28 playable characters, all of which have their own voice and special abilities. They are also the ultimate source of humour in the story with their witty remarks and unexpectedly relevant comments, and their fun personalities make the dull narrative shine. In the adventure mode, who you play as depends on the current scene and whose perspective it’s telling it from. Some characters are masters at Puyo Puyo and others at Tetris, so you get your fair share of both classics. Once you delve away from the storyline and into the other challenges, you can choose which character to battle as (as long as they are unlocked!).

If you wanted to replay some levels from the adventure mode, you can; however, it can also be hard to find what you wanted to attempt again. This is the one downside to the colorful and fun level selection map – it looks pretty messy. Because of all the icons that are displayed and the way the story branches out, there is a lot happening on the screen, and is distracting to navigate. Luckily there is a “shortcut” button that lists everything in a more readable format, however the clutter in the default map is a bit of a shame.

Overall, Puyo Puyo Tetris 2 is a fantastic game and should make many puzzle game aficionados happy with this crazy combination. Excellent tutorials help newcomers and old fans refresh their memory, and as a game on its own, Puyo Puyo Tetris 2 does not fail to entertain players for hours. While the concept may not be exactly new anymore, there is no denying that this second installment still provides great Puyo-popping and Tetrimino-clearing action. 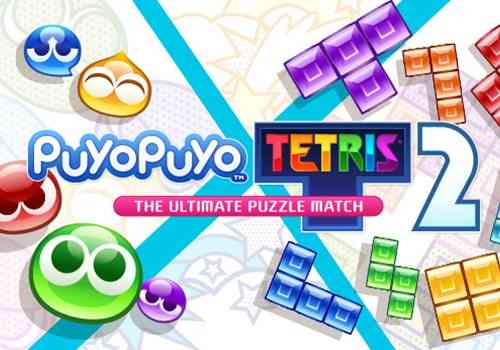