The yearly merry-go-round between Konami’s Pro Evolution Soccer series and EA’s FIFA continues with their respective 2018 installments. While FIFA has been my go-to football simulation since the heyday of Winning Eleven during the PS2 generation, I’ve always had some fun jumping into the yearly PES release. Except this time, Konami has created a concoction of frustration that left me with a sour taste, even with some brilliant new modes that might be some of the best additions to hit the genre since 360-degree dribbling in FIFA 10.

The good news is, playing with friends either online or on the couch hasn’t changed much this year. While the gameplay arcs towards the fast-paced side, there’s still a lot of fun to be had, especially when playing the new Random Selection mode. Players choose up to four different leagues, teams, or nations by which the game pulls random players from to form a single super team. You can imagine the madness that would ensue if one player snags Ronaldo and Messi while the other is left with a defender from England’s second division.

“While the gameplay arcs towards the fast-paced side, there’s still a lot of fun to be had, especially when playing the new Random Selection mode.”

The best thing about modes like this is their ability to put players in unique situations, forcing them to come up with new tactics on the fly as they are thrown into a match with 11 players – 5 or 6 of which they’ve never played with. As someone who almost exclusively picks the same team in every match, it’s nice to challenge others on a level playing field where both sides are given a mixture of players they are comfortable with and those from rival teams that they’d rather leave on the bench. A plethora of smaller additions like a slightly improved negotiation system grace this year’s Master League mode, while other modes have little to no changes. 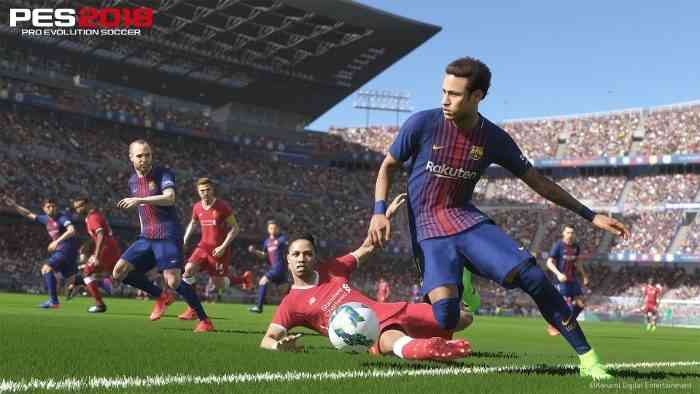 If EA’s FIFA series ever had a leg up on Konami’s Pro Evolution Soccer, it certainly had to be its style of presentation. This year however, PES cleans up its UI making it incredibly easy to jump from the team management screen to editing a player’s attributes. It’s all just a bit snappier. This rise in quality is also seen before matches as beautiful ceremonies play in haunting football cauldrons all around the world. The roar of the fans and the tension that can be felt in the air through the use of visual presentation is astounding.

This carries over to the raw visual quality as players look immaculate in all types of weather conditions and there are some astounding animations that almost look a little too real. Celebrating a goal is much more satisfying on this side of the football pond – even if the actual celebration controls are archaically simplistic.

In terms of the gameplay, it all begins to fall apart. I’ve played the PES series since the days of Winning Eleven 9, and there are certain rules and mechanics that the game has consistently applied on every title since. PES 2018, when facing computer-controlled players, throws all of that out of the window. The most heinous situation I was put in was during the 75th minute of a game on the highest difficulty when I put on the pacey Batshuayi from Chelsea against a tired and already slow Arsenal backline that included the likes of Per Mertesacker who quite possibly is the slowest player in the league.

“PES 2018’s gameplay feels incredibly random when playing against the AI, and it’s incredibly frustrating to have to deal with.”

It was to my surprise, and complete frustration, that the Arsenal defender was able to – from a distance of about two or three yards behind my striker at full sprint – catch up, slide tackle, and win the ball back. Minor annoyances like this happen consistently in matches making them feel incredibly unfair. While previous iterations would reward the player for getting through on goal by making it simple to chip the keeper, PES 2018 inexplicably punishes the player for the very same action and makes it nigh impossible to get away from CPU-controlled opposition defenders. Players like Cesc Fabregas who, in real life, are able to ping 90 yard passes right on the money somehow can’t seem to string together a simple passing play at any given moment because of the random movements of teammates the very moment a pass is executed.

PES 2018’s gameplay feels incredibly random when playing against the AI, and it’s incredibly frustrating to have to deal with. No addition of addicting game modes or spectacular presentation can overshadow what happens on the pitch. There’s not much the player can do more than to hit the sprint button when on an open breakaway against a slow defense only for them to be tackled, or press X to play a short pass only for your teammate to decide that he’s going to move to another space on the pitch during the middle of the pass. 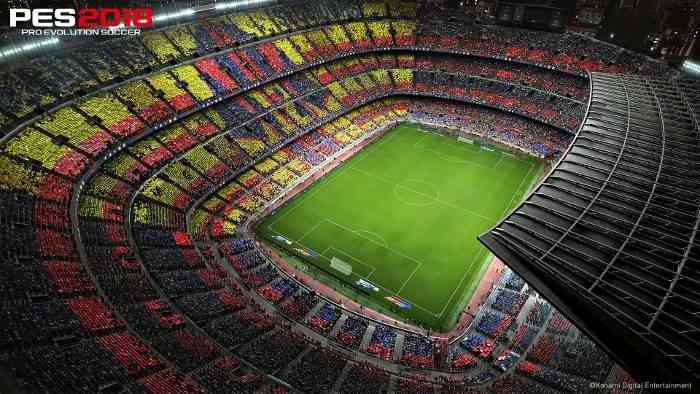 PES 2018 is great off the pitch, but its very foundation begins to disintegrate when the whistle blows for kick-off. If you’re only planning to play co-op modes with friends, then PES 2018 is a blast – even though it’s not quite possible to play a slower, methodical match against another human due the openness of the pitch and the ease of stringing together an incisive passing move. However, any attempt to face the opposition AI on higher difficulties will end before the 90 minutes is up. While I may bemoan FIFA’s lack of innovation in a few of their recent titles, the gameplay rarely fails to impress. The same cannot be said about Pro Evo 2018. 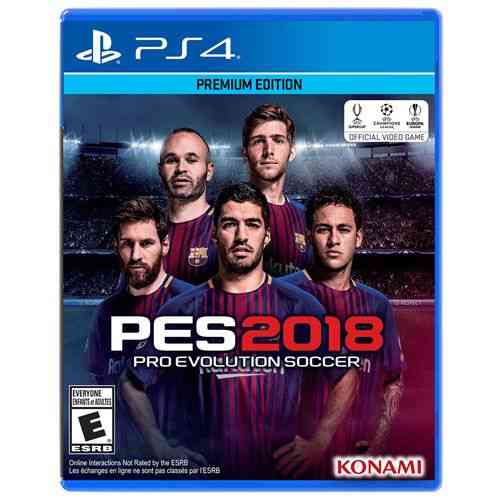