Get ready, it’s time to take a ride on the nostalgia wave again. But nostalgia doesn’t have to always be a true retro game, complete with retro graphics. Instead how about a game wrapped in the visuals and sounds befitting of an 80’s Saturday morning cartoon. If that appeals to you, then it’s time to introduce you to Auto Age: Standoff from developers Phantom Compass. There may not be any toys to buy (yet) but that doesn’t mean you can’t have fun reliving those glory days with some multiplayer car-on-car combat.

Now it’s hard to have a game that looks and sounds like a cartoon without a story right? A story might not be what one expects from a multiplayer only game like this; however, there is one and it actually has me wanting more. The evil Dark Jaw and his wheeled gang rule the western wastes and are threatening to take over. In a last-ditch attempt to fend them off Val Vega is brought in to try and save the day. During her valiant defense, it is revealed that the sinister Dark Jaw is actually the one responsible for her sister’s death many years ago.

“A story might not be what one expects from a multiplayer only game like this; however, there is one and it actually has me wanting more.”

The story plays out through the tutorial and that is a bit of a shame. But only because it’s too good and too promising to just be left to just a tutorial. I was actually disappointed there was no single player campaign that expanded on it. Hopefully, it’s a sign of things to come and not vestiges of scrapped ideas because it seems like it could be a lot of fun to play through. I’ll take a Saturday morning cartoon version of Twisted Metal any day.

So no single player content besides the tutorial, so what is there? How does some multiplayer car combat sound? Players choose a side, Team SAIGE and Val Vega fighting for a better tomorrow or Team Dark Jaw seeking total domination. Other than the color of your car, that choice doesn’t make much difference in multiplayer though. Each team has a selection of vehicles that range from fragile but fast cars on up to giant missile towers. Players do combat in one of three modes, Death Match, Team Death Match or Point Capture. 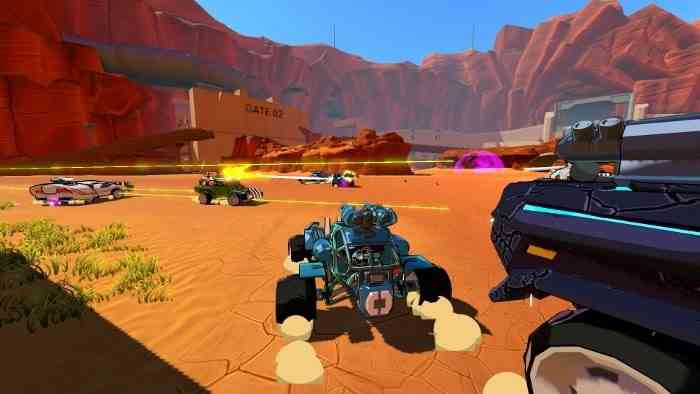 Both the regular and team deathmatches are good fun and shouldn’t require too much explanation, kill everyone else more than they kill you. The point capture is an interesting addition. To start capturing the point either team needs complete control of the area, that means no opposing vehicles can be in there. Currently, the spawn locations from the point are probably a tad close or the timer too short, so it’s hard to really keep the area unopposed unless the other team doesn’t understand that they have to fight in that circle. It’s hard to wipe out 6 cars in that short of succession to keep the area clear, so that may see some adjustment in the future.

While 3 multiplayer types don’t sound like a lot the game makes up for it by having a good variety of vehicles and weapons and of course being a whole lot of fun. Weapons range from guns and turrets to missiles and mines. Each class of car has a set loadout, but custom load outs are also available. There’s something for everyone and that equates to a good bit of fun. The action is fast and most weapons feel useful without being too under/overpowered. That; however, can change as more and more players join the fray so it may take a good amount of tinkering with weapons to get that balance just right. For instance, the auto-turret on the light vehicles does high damage but the vehicle is very fragile. Mounted on a medium vehicle; however, you have something that can take a lot of punishment and dish it out as well. 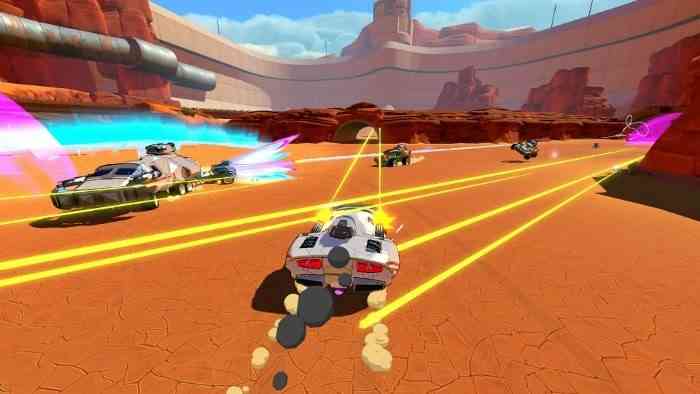 Let’s move on to the sights and sounds. The art style is a perfect replica of those 80’s cartoons. It just looks great and reminds me a lot of MASK, along with other similar cartoons. The same goes for the music. The theme song makes me want to rush down to the local toy store and pick up my favorite Auto Age action figure. The stuff is just so spot on. Both the visuals and the sound really bring the whole game to life.

While there are a small number of different multiplayer modes, (plus local split-screen) it doesn’t seem to detract from the fun factor. Sure being old enough to remember everything being invoked here probably helps, but the car combat is fun on its own as well. Other than wishing for some more of that story, the only other drawback was that the default configuration for a controller didn’t have the brake mapped to it. You can change it of course, but should probably be there somewhere, to begin with. This game is worth your time, whether for nostalgia, the car combat or both. 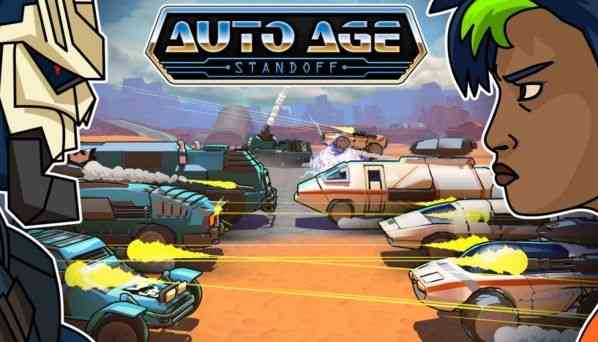