Over the past decade, I’ve played around with everything from high-end pro controllers to novelty video game controllers. I’ve seen it all. I’m also picky when it comes to settling down with a gamepad I’ll use on the regular but I’ll admit, I’ve also been spoiled. Nothing matches the Xbox Elite controller in terms of performance, responsiveness, and comfort. Not even my PS5 DualSense with its fancy haptic feedback features measures up to the Elite controller. It’s not even close.

Over the past week, I had the opportunity to check out PowerA’s Enhanced Wired Controller for Xbox Series X/S. While it won’t rival the Xbox Elite anytime soon, I am pleasantly surprised. This light-weight controller is much better than advertised and a nice alternative to other more expensive pads on the market.

The first thing I noticed when I unboxed the controller was how light it is. I mean this thing is ridiculously light. Sure, with it being a wired controller you don’t have a couple of batteries weighing it down, but I am impressed with how light it was.

Out of the box, you get the controller, the detachable 9.8ft (3m) USB cable, and an instruction manual. That is it. This ‘no frills’ gamepad doesn’t come with a travel case, interchangeable grips, or any other do-dads. Then again, it’s cheaper than most first-person Xbox controllers so you really can’t expect any extra ‘bells or whistles’.

The controller itself feels great and setting up is as easy as plugging it into the Series X/S. With it being so light, it is great for those extended play sessions. It felt good in my hands as the diamond-textured grips provide the perfect amount of grip. It’s fantastic for folks like me who tend to get sweaty gross hands after awhile. 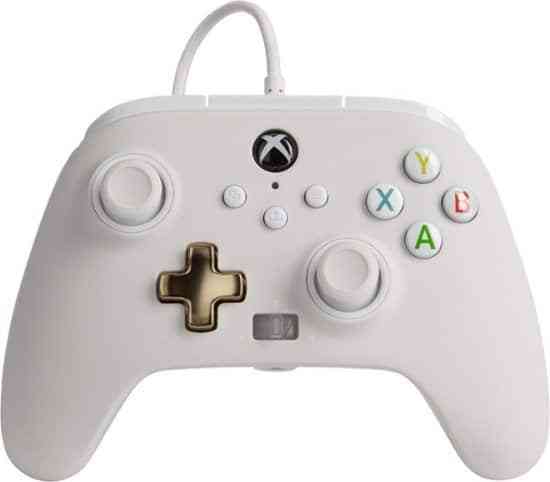 The controller itself has a sharp looking classic Xbox white design. With the exception of the home button which doesn’t light up, it is a spitting image of a first-party Microsoft Xbox One controller. PowerA’s controller is sturdy and despite the plasticky design, it is well built. It doesn’t feel cheap which is something I haven’t been able to say about many third-party gamepads over the years.

This ergonomic controller has the standard button layout, including the new share button. It’s a nice inclusion. This essentially means you don’t have to feel like you are missing out on any of those newer features by going with PowerA’s third-party controller. I should mention there is a neat headset dial for game audio or chat mute via 3.5 mm stereo headset jack. This is a convenient option for players who need to plug their mic into the controller.

One of my main gripes of the controller; however, is the cord. I prefer gaming with a wireless controller, so having a wired one is a big drawback. The cord is a decent length but I would have preferred a 14-foot or longer cord as 10-feet just barely makes it to my couch from the Xbox Series X. This being said, I get that a 10-foot cord is likely the ideal length for most gaming set-ups.

Over the past week, I played a little Cold War, Madden NFL 21, and DIRT 5 in an effort to put the controller through its paces. In all instances, I noticed how sensitive and responsive the thumbsticks were to my movements. Likewise, the buttons feel great and respond exactly as they should. The triggers also felt natural and good to the press. The metallic D-Pad is nice looking but also smooth and precise. Granted, I don’t use the D-Pad all that often; however, when I did use it the D-Pad did feel very responsive. 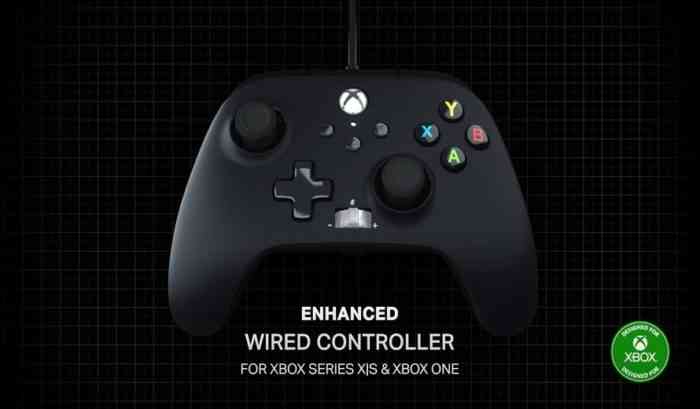 Overall, I was pleasantly surprised with PowerA’s Xbox Series X/S Enhanced Wired Controller as I went in with low expectations. The only real drawback is the fact that it’s wired, and wasn’t quite as long as I would like it to be. Having the controller draping through your living room floor is an eyesore. But if you can get past that, PowerA’s Enhanced controller performs as well as it should. It’s a comfortable lightweight controller with mappable buttons that is reasonably priced. It won’t be the best controller you’ve ever owned but it’ll do the job and you shouldn’t be disappointed with it.

***Controller was provided by PowerA*** 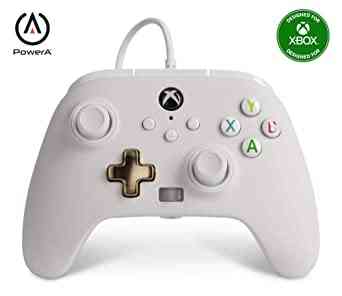