Have you ever wanted a Pokemon-exclusive fighting game? Well, you’re in luck because Pokken Tournament is just that. Although I haven’t particularly thought about Pokemon being used for a fighting game, I have occasionally tried to imagine different ways the Pokemon IP could be utilized. This new experiment did intrigue me, however, as it raved to be based on Bandai Namco’s Tekken gameplay as well as have the producers of Tekken and Soulcalibur, Katsuhiro Harada and Masaaki Hoshino, playing huge roles in its development. Nonetheless, the real question still remains; just how great is Pokken Tournament for Pokemon and fighting game fans alike?

Before you even begin your adventure in Pokken Tournament, you’re prompted to choose the gender as well the skin color and hairstyle of your in-game avatar. While the choices are limited initially, the farther you progress in the game the more choices in accessories you have to create your ideal avatar. After you complete the brief setup, you’re introduced to your personal guide, Nia, who walks you through every nook and cranny within the game. Whether it’s the game’s interface or battle basics, Nia will cover pretty much everything you need to know. Of course though, you can always pull up the game’s manual on your Wii U because real paper manuals are too hard to find nowadays (which makes me pretty sad).

The layout of the main menu is actually pretty clever as each mode is allocated on a specific area within the Pokemon region of Ferrum. However, the game in its entirety doesn’t offer a whole lot as it sticks to the standard modes and options you see in most fighting games. Nonetheless you’ve got all you need for a fighting game – local & online multiplayer, single player battles of story, casual, & ranked, and, of course, practice mode.  The modes are pretty self-explanatory and uniform in terms of gameplay (1v1 battles between Pokemon). One interesting thing about local multiplayer mode though is that it doesn’t actually go into splitscreen mode over the TV. Instead, one player plays on the TV and the other plays on the Wii U gamepad which works way better than I would have ever thought. It makes battles way more immersive and smoother as you have a whole screen all to yourself. Aside from that, the modes really just differ on who you’re going up against and some additional options for battles. The only real exception is story mode called “Ferrum League”.

“It’s also still extremely accessible for casual as well as experienced fighting game players allowing for a whole range of different types of players to join in on the fun.”

Ferrum League is where you learn about the Ferrum region and unravel the mystery behind what makes these types of Pokemon battles so unique. It’s set up in a tournament style so you’ll have to climb the ranks by doing battles, but get to meet new characters and encounter events throughout your journey. Unlike the other Pokemon games you might be used to, Pokken Tournament has different concepts and themes revolving around you as a “battle trainer” and your Pokemon which makes it quite interesting to see how this new region integrates with past ones and the Pokemon world in general.  While it’s quite bland and shallow at times and calls for more development and depth, it does set the stage for the battles you need to overcome.

Now, the most important thing is the battles themselves. Given that one of my favourite fighting game franchises is Tekken it was easy to notice how certain mechanics and even fighting styles were based off Tekken’s gameplay. Nonetheless, don’t be alarmed, Pokken Tournament puts a unique spin to its battles with various mechanics and systems jam-packed within them. It’s also still extremely accessible for casual as well as experienced fighting game players allowing for a whole range of different types of players to join in on the fun. 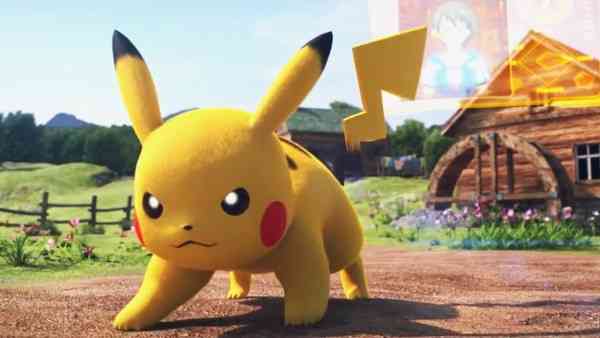 The main structure of each battle contains a particular stage to fight in, two main Pokemon to fight each other, and two support Pokemon to aid each main Pokemon. Aside from stages looking aesthetically different, the design for them also differs. For example, some stages are shaped in a circle or oval, and may have more room to run around in compared to others. The main Pokemon are the ones you and your opponent choose to use amongst the eleven that are initially playable in the game. While quite a small handful, it’s quite noticeable that future DLC are likely to make an appearance in the future based on the selection screen. Nonetheless, each Pokemon has their own specialized fighting styles that range from “power” all the way to “technical”. This decides whether they’re going to be hard hitters by hacking off huge chunks of health with each hit, or light hitters but pulling off never ending and unforgiving combos. Also, main Pokemon level-up and earn skill points every time they do so, so that you can increase their attack, defense, etc.  On the other hand, support Pokemon are responsible for either buffing your main Pokemon up with attack or defense bonuses, or performing small attacks to stop opponents in their tracks or even start a combo.

The battles themselves include two phases as well as your grabs, normal attacks, and counter attacks, in addition to a ‘synergy gauge’ that allows a Pokemon to perform a special cinematic move if landed called a ‘synergy burst’.  The two phases that battles switch between is something that makes Pokken Tournament pretty unique. While most fighting games either focus on one type of gameplay style – either free-roaming in a 3D perspective or in a more restricted 2D perspective as seen in the Tekken and Street Fighter franchises, Pokken Tournament actually juggles between the two perspectives to create two phases – Field Phase and Duel Phase. Field phase is your free-roaming time where you essentially try to land a hit that will change the battle into Duel Phase so that you can deal more damage and perform different moves that weren’t present in Field Phase.  Overall, the battle mechanics are solid and find a balance between new players to the fighting genre that may button mash for the most part, but also the complexity of various flexible mechanics that experienced players can tweak around with.

“Overall, Pokken Tournament is an exciting and fast-paced fighting game that successfully blends the gameplay basics of Tekken with the Pokemon characters to create a completely unique formula.”

In terms of visuals, this is an extremely strong suit for Pokken Tournament as some of the textures, in particular Pokemon, blew me away. You can see the strands of fur on the fluffy Lucario and even shadowy/eerie material surrounding the ghostly Gengar. The detail on each Pokemon is absolutely superb and fits the modern era. Given that this is a fighting game, there are, without a doubt, flashy moves that make even the newest of newest players feel all that more skilled and powerful. The layout and interface of Pokken Tournament is straightforward and simple with full of colors that really make you feel like a battle trainer. While most of the text and dialogue are voiced, some parts aren’t but those usually cover aspects that go beyond the standard functions or mechanics within the game. The customization for your personal avatar is impressive as well as there’s tons of accessories to purchase with in-game currency. Overall, Pokken Tournament does an excellent job in the visual department.

Overall, Pokken Tournament is an exciting and fast-paced fighting game that successfully blends the gameplay basics of Tekken with the Pokemon characters to create a completely unique formula. With intricate yet accessible mechanics, it’ll please both veterans and newcomers to the fighting game genre. While the game does have the standard modes most fighting games have nowadays, it doesn’t really go beyond that and tends to not deviate too much to stay within a safe zone. However, even with the absence of branching out/expansion, Pokken Tournament does a great job with what it does have and represents them well. Regardless, the battles and visuals are pure addiction and are the two things Pokemon, as well as fighting game fans, should experience on their Wii U console.

***A Wii U review copy was provided by Nintendo Canada*** 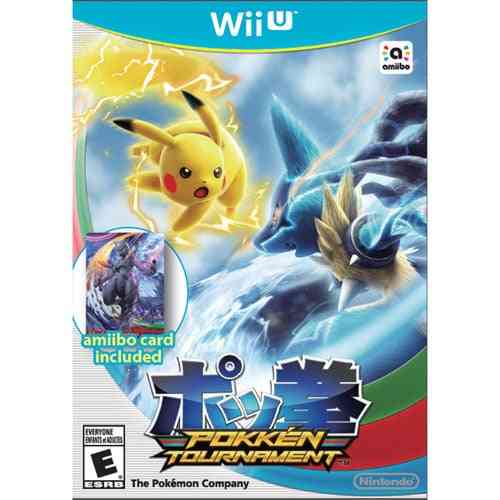