In the past, I have found fighting games to be intimidating, but it does not mean that I don’t enjoy them.  Chances are that at some point you have been turned off by a fighting game that features tons of combos that you needed to memorize, many strategies for you to learn, and tons of teams to experiment with.  Well, Tekken Tag Tournament 2 is no different as far its complexity goes, yet it deserves the time you need to devote to it given the rewards that come at the end.  Namco Bandai has worked hard to create a fighter with a lot of depth, and the inclusions of tag teams increases options even more.  With more than 50 fighters, a plethora of modes, stunning visuals and new tag mechanics, Tekken Tag Tournament 2 delivers a great experience.

Namco Bandai has focused completely on what it does best with Tekken. They have avoided attempting to create any sort of narrative story mode and have focused entirely on the combat.  Tekken Tag Tournament 2 immediately strikes a positive note by avoiding the painfully cheesy and utterly detestable Scenario mode or the laughable Story component of SoulCalibur V.  It feels good to see a fighting game focus on what it does best, fighting.  Tekken Tag Tournament 2 gives you the chance to take one or two fighters at a time into an arena.  The fighters need to tag out at opportune times – both when trying to maintain a huge combo and when one fighter is running low on health.  If you just want to focus on one character though you have to option to do as the game allows you to select only one fighter for battle.  Being that the tag combos become unavailable when playing with only one fighter, players who choose this option receive a much larger health bar and deal more damage as well.

An entirely new single player has been introduced in Tekken Tag Tournament 2.  The Fight Lab mode allows you to fight as a customizable “Combot”.  Here you can change his appearance and, for the first time ever, you control his moves.  The story, as stated earlier, takes a back seat, and is pretty ridiculous to begin with, and again, it is not the focus of the game.  I found Fight Lab can become tiring quickly, but it serves its purpose as a training mode and becomes somewhat important given the size and scope of the game.  Of course there is a Practice Mode that you can play where you can further hone your skills. 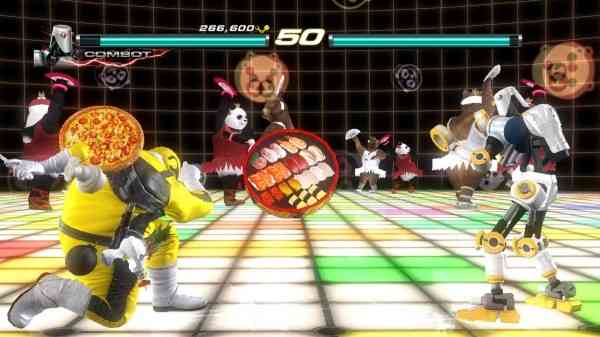 Tekken Tag Tournament 2’s Ghost Mode broadens the scope of a fighting game’s single-player action.  The way it works is that it adds a new layer of AI on top of an endless mode of fights.  The game provides each AI-controlled “player” a name, an affinity for certain characters, and a profile that has favorite moves and unique combinations of offense, defense, and patience.  Although many veteran fighting gamers probably won’t care for this feature, I found it really neat and a lot of fun to play with.  It is worth noting that I am a casual player within this genre.  Having the ability to customize your fighters with mostly-cosmetic gear is a fun feature too.  Even with a massive roster of characters though, fights can tend to start to look similar.  This where the character customization options come in as players can freely alter the cosmetic items, but they hardly change the way that fighters do their thing.  I think the suite of options are great for dedicated players that want to make their favorite characters their own while retaining the fighting moves of the existing characters in the Tekken franchise.

Given that this is a fairly deep fighting game, any issues I encountered mostly involved the steep learning curve.  Though the Fight Lab attempts to break in players with its system, and there is a Practice Mode, the game has an almost overwhelming amount of menus and options even outside of the combat that is left unexplained.  Bread-and-butter abilities like launchers and bound attacks aren’t shared across move sets, so to get an understanding of each character takes plenty of time and patience.  And while a significant time investment is to be expected, Namco could make things far more approachable with the addition of, say, universal buttons for specific attacks, but not all, to let those who have not experienced a Tekken game can ease themselves into it.

Tekken Tag Tournament 2’s online mode offers some very smooth play. Often, fighting games require you to use different timing in online versus offline play to combat the delay in the network, which is down right frustrating.  Fortunately Tekken Tag Tournament 2 does a pretty solid job making sure that what you learn in any one mode works in all of the rest of them.  I was talking to our Editor-in-Chief while writing this review and he talked about how he saw the game at PAX 2012 and they set up online matches using 3G or 4G and a cell phone tethered to the PS3, and there was not lag for them.  Things like this, as well as my time with the game, show how solid the Tekken Tag 2 online network can indeed be. 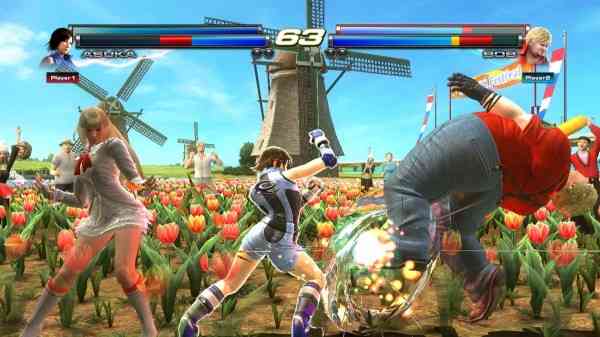 New to the Tekken Tag franchise is the World Tekken Federation, a free online service that is best compared to the likes of COD Elite.  It is a free online hub like I have never seen before in a fighting game.  You’ll find that it tracks many things including your favourite fighter or tag-team combinations that you have used on a regular basis, how you did in any given fight, what moves you used more often then others, and how you did in many different statistical areas.  For those taking the time, you will be able to utilize the World Tekken Federation service to be a much better fighter, as you can analyze not only your own fighting skills, but see how other players, including opponents, are becoming so successful.  Add to this the ability to read real time twitter updates, leaderboards, clan/team support, and a chance to earn in-game currency for customization features (e.g. team logos) and you have an unprecedented number features in an online service not seen in a fighting game before.  I was stunned by how fully featured and how deep the World Tekken Federation online service is.  I spent a lot of time tooling around looking at what the good fighters do, which fighters they choose, and what they excel in.  Any diehard fighting fan will appreciate the level of detail here, and casual or new fans to the Tekken series will have a chance to become much better fighters because of it.

Visually, the combat is smooth, stylish, and well animated. Character designs are bizarre and silly, but always look good utilizing the Havok engine.  The amount of moves are staggering and each character moves so smoothly without nary a technical itch to be found.  There are some nice environments found in the various levels, and even a few that are multi-tiered.  I think most fans of the series will be happy with the look of this game.  As for the audio, from bouncing electronic beats to massive orchestral scores, Tekken’s audio department holds its own.  The characters appropriately sound off during combat and make the usual grunts and groans during battle.  As for the sounds of the fights themselves, they are very arcadish given the roots of the game, but they really do sound good as you punch, kick, toss, and beat down your opponent.  Overall the sound works, and in conjunction with the visuals the game offers a great presentation.

Tekken Tag Tournament 2 is definitely a worthy addition to the franchise.  Sure, it is not easy to jump right into any Tekken game without devoting several hours to understanding its system, but it is a very rewarding experience when you do, and this latest entry into the franchise is no different.  With its vast array of characters, its solid online play, the online World Tekken Federation, and its’ breadth of modes, Tekken Tag Tournament 2 has much to offer making it one heck of a solid fighting game.   I expect that folks will be tooling around with all that it has to offer for quite some time.