Ironcast is certainly one of the more unique games I have played in quite some time. Unique in that it is a turn based mech puzzle game with RPG and match 3 elements. It has permadeath, which I found infuriating at times, but it at all comes at an affordable price. It’s an experience that involves a ton of strategy and has many redeeming qualities. Just as punishing as it can be, it is equally rewarding and remains difficult to put down. Yet at the end of the day I’m not convinced I’ll come back after I wrap up this review.

Set in an alternate history within a steampunk science fiction era, you play as an operative on the British side of the war against France where battles take place in giant Ironcast mechs. Taking control of these giant 7-meter tall war machines with weapons bolted on to them, you face off against an invading force of enemy Ironcast in order to defend 1880’s Victorian England. That is the basic premise of the game, which I found interesting. What did bother me; however, was how the story was told. The endless streams of text dialogue with no cuts-scenes or action sequences was disappointing. I understand that often these development teams have little budgets to operate with but I felt like I was playing some kind of mobile port where the hardware limitations prevent the use of such scenes.

Being a turn based game, battles in the game are fought by generating resource nodes. These nodes drive the Ironcast’s various weapons and systems. Choosing these nodes wisely becomes critical to your survival. I found this out the hard way far too many times. Knowing that if you die results in having to restart the game only adds to the pressure you feel when deciding whether you will use nodes to cripple your enemy or nodes to repair/protect your mech. Purple nodes fill up your ammo for your weapons, green repairs your mech, orange nodes power your shields and movement drive, and the blue nodes act as coolant.

“The enemy mechs can be downright punishing. Mismanage your nodes and you will die, you can count on that.”

After you choose your character and Ironcast mech, you’ll pull up a map. The map gives you randomized missions that you’ll choose one at a time. The first battle is remarkably easy but the difficulty ramps up in a hurry, like the very next mission. The enemy mechs can be downright punishing. Mismanage your nodes and you will die, you can count on that. Sometimes when you take down a mech, another will appear or you will have objective based missions where you need to survive a certain amount of turns. Each mission seems to have a little bit of variety which I did enjoy, although I didn’t find it all that necessary in the early going. I think the game would have benefited from a more gradual difficulty progression system where you participate in several similar battles for a period of time.

After each mission you’ll be rewarded with some XP that will grant you some upgrades and power-ups. You also accumulate scrap which is used to repair your mech in-between missions and is also used to purchase upgrades. I never felt like I was granted enough scrap to really make an impact with my Ironcast. That said, I was impressed with the level of depth offered up. It gave Ironcast an RPG feel. Your forced to make some strategic decisions while upgrading your Ironcast as it will determine the outcome of the game. Every little move you make has massive repercussions. 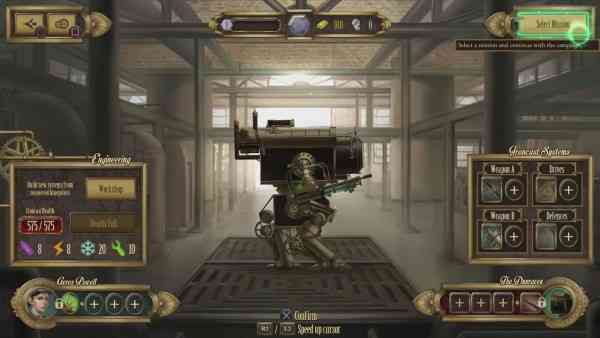 Once your mech is destroyed in the game it’s game over and having to re-start over and over again was a frustrating experience. When the game kicks you back to the start menu, you are given a handful of commendations. These commendations are the only thing that carries over from one game to the next. These permanent upgrades and boosts do help some but you’ll need several commendations which will take hours to build in order for it to have any kind of impact at all. This is definitely a part of the game that felt like a grind as the upgrades don’t feel all that significant.

Despite some of the frustrations, Ironcast is a rewarding experience. Taking down an enemy mech after a long grueling battle is so satisfying. With the high degree of strategy involved, Ironcast is a game where you feel like you have really accomplished something spectacular after you have finished a lengthy back and forth battle.

“Having to re-start the game after every death can be absolutely soul crushing but the satisfaction you get from winning an exhausting battle against an enemy Ironcast is remarkably satisfying.”

Visually, Ironcast is a decent looking game. The mechs themselves are beautifully detailed and the games menus are sharp. Some of the game backgrounds are a little dull and I did notice the odd technical glitch or slowdown. Certainly not a deal breaker but noticeable. Likewise, the sound in the game is equally strong. I found myself humming some of the battle tunes the next day and that tells me something. That the developers did something right with the tunes.

Ironcast is brutally punishing yet equally rewarding at the same time. Having to re-start the game after every death can be absolutely soul crushing but the satisfaction you get from winning an exhausting battle against an enemy Ironcast is remarkably satisfying. Ironcast isn’t for everyone as it’s geared towards the more hardcore strategy gamer but if you like a challenge and have a low frustration tolerance, Ironcast could be for you. 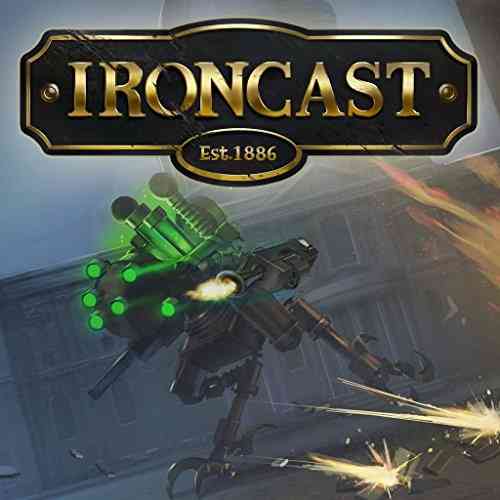