Plants vs Zombies: Garden Warfare was the thought of experiment of taking PopCap’s original tower defense phone game (a game I played obsessively) and bringing it into a triple-A framework, melding it around team brawler mechanics. And for the time, it worked. You may be thinking: hasn’t this game been out for a bit? Well, yes and no. Originally released in early access in September, Battle for Neighborville is officially out this week with all of its content and has moved up a little in price to reflect it.

If you’ve played the first two entries in this series, Plants vs Zombies: Battle for Neighborville will feel very familiar. You can play as either a plant or a zombie and as one of the many classes within that team. Similar to Overwatch, characters are grouped via attackers, defenders, and support. Each character takes his own spin on their respective archetype. Citron (a rolling orange with sunglasses) uses a shield to cover allies while they can shoot through it (a move straight outta Overwatch), while the Sunflower is your standard healer, using healing beams and throwing out health.

A few new plants and zombies show up too. My personal favorite is the Night Cap, a tiny mushroom ninja that can stealth and ambush foes before slipping back into the shadows. On the zombie front, old favorites are back in addition to a few new ones to mix it up with. The 80s Action Hero has a bow and a killer hairstyle and the Space Cadet flies around in her UFO wreaking havoc on foes with her laser. 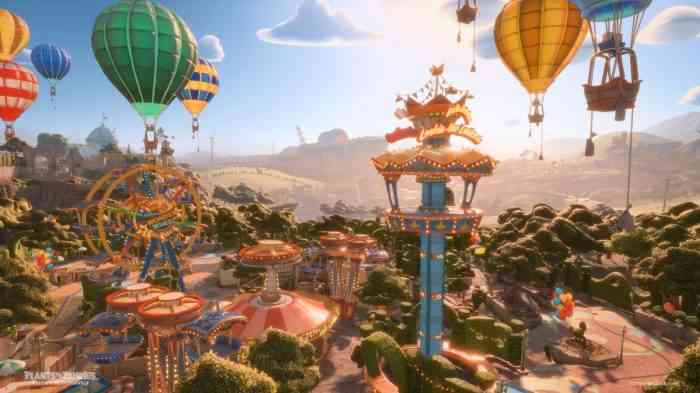 Multiplayer features old genre standbys like Garden / Graveyard Ops which is the cooperative horde mode; Turf Wars which has objectives like push the cart or defend location. And if you just want to kill zombies, standard flavors of team deathmatch are available as well.

The action is frenetic and fun. The variety of plants and zombies at your disposal keep matches from stagnating as you can change upon death into any other class to counter your enemies. Although it can be a bit overwhelming at the start trying to learn who does what, the game owns its style with such vigor that it’s never frustrating when you get sniped by a Cactus from across the map.

There’s also a single-player mode for both the plants and the zombies. These campaigns consist of quests in certain zones where you can unlock more cosmetics. While the writing is funny, I found these modes to be a bit dry for a solo run. Most quests consist of go here, kill thing, or collect a thing and go back to quest giver for more. While I was trying to complete a zone, I quickly realized I’d much rather be playing with teammates. 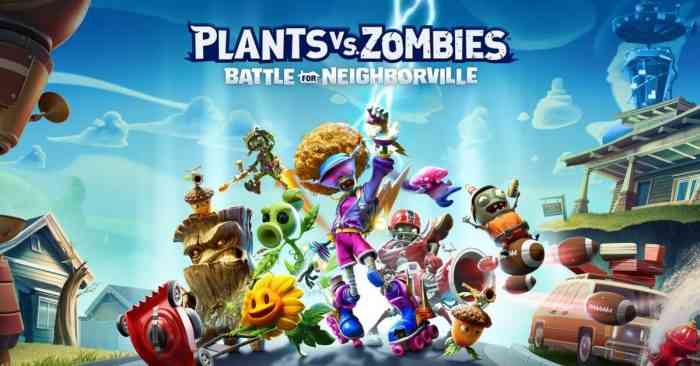 In light of EA’s recent turmoil around lootboxes, you’ll be surprised (and also pleased) to learn the game is sparingly light on microtransactions. While you still get unlockables via a crate-like mechanic, these items are cosmetic and can’t be purchased with real money. You use coins you get from doing, well, anything to unlock them and the coin price always stays the same.

There’s sort of a battle pass but it’s not blatant nor does it feel required. The game is absent when it comes to EA’s usual dark side of wallet grabbers. This is just a game with a lot of stuff to unlock and you’ll keep unlocking the more you play. Simple as that. For once.

With the many unique classes, the art style, humor and polish put forth by PopCap, Plants vs Zombies: Battle for Neighborville all culminates into a great time. You’ll lose hours blasting pesky plants or ridiculous zombies as your favorite characters. While it’s the third entry in the series, it still manages to stay fresh enough to welcome returning veterans and new players alike. If you’re into quirky shooters with a sense of humor, this is the best time to jump in and see what Crazy Dave is all about.

Stay Cool. Stay Inside. Keep Gaming With These Amazing Deals.