Deliver Us The Moon Review – Coherent and Immersive Experience

Deliver Us The Moon Review

Space movies are a dime a dozen. There are a ton of Star Wars movies, same with Star Trek. Aliens and faster than life travel, that’s standard stuff. Hell, the Avengers have spent plenty of time in space at this point. What is far rarer are astronaut movies. You know the kind I mean. These are movies about the brave men and women of NASA, dealing with feasible technology in the near future. Gravity is one such movie. So is The Martian. This year’s Ad Astra would qualify. Space movies are bold and flashy and crowd-pleasing. Astronaut movies can be more somber tales of daring-do, but they’re the films that are more likely to win awards.

The world of video games is very similar. There are a ton of licensed Star Wars and Star Trek games, and a ton of derivatives. There are games about intergalactic empires, about alien invasions, about being stuck on a creepy space station. But there aren’t too many games that ask what it would be like to be an astronaut. There are flight simulators and management simulators, and for certain aficionados, there are bus simulators. But what if there was a prestigious astronaut simulator?

Halo, This is Not

Now, Deliver Us The Moon is certainly a sci-fi game. It takes place in the future, in an era where Earth’s resources, such as the freaking oceans, have dried up. There are advanced space bases. There are holograms. The spacesuits of the WSA are far more advanced than anything NASA is using today. But you aren’t Master Chief, you are an astronaut and the things you have to do are far more scientific than gunning down hordes of aliens. 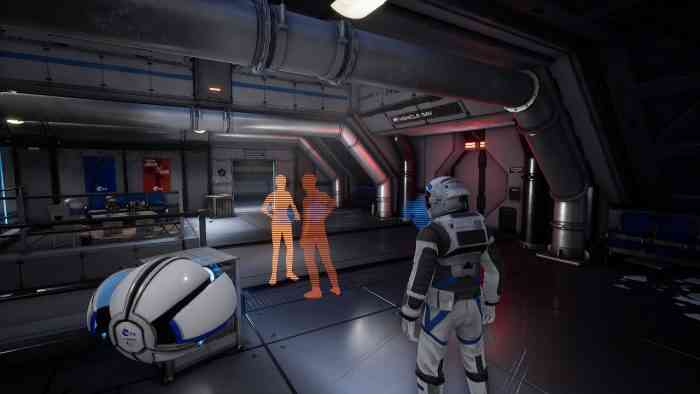 So what does one do in Deliver Us The Moon? Well in some ways, it resembles what some might call a walking simulator. I for one have been wowed by some of the best walking sims, but I know there those who feel derisively towards the genre. And it’s true, a lot of gameplay involves walking around an environment, gleaning story from the details you discover. But I actually think Deliver Us The Moon is an altogether older genre: it’s a lot like an old-school point and click adventure game.

Maybe you remember the kind I’m talking about. Games like Monkey Island or Grim Fandango or Broken Sword. Later there was The Longest Journey and Cyberia. Later still there were the Telltale Games. Those are more than just walking and looking- there’s an element of puzzle solving and roleplaying. That’s where Deliver Us The Moon really came alive for me. Repairing busted systems, and learning to navigate strange gravity made the exploration parts of the game very immersive. You’re not just passively observing this world, you are trying to take control of it lest it destroy you. 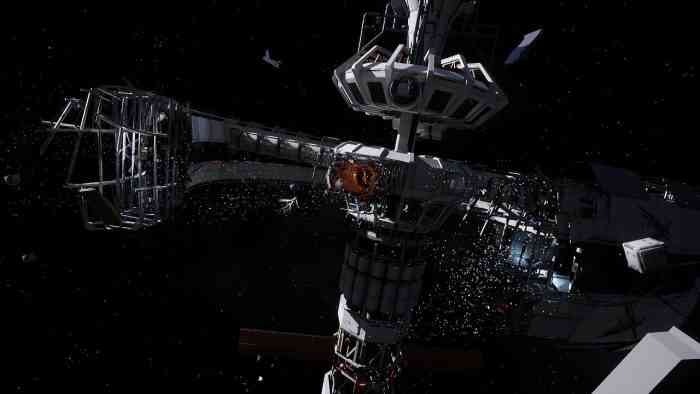 Now, it should be made clear that what I played was the latest build of the game. There was an earlier version, one that felt longer than a demo, but shorter than a game. I have never played that version, so I can’t speak to that experience. This version is supposed to be a tighter experience, and I had no complaints. The story and the world are fully realized. More than that, they are fascinating and well presented. The developers at KeokeN took the criticism very serious, and have worked hard at optimizing their game, ironing out the uglies, and taking all the ideas they were saving for future content and putting it all on the screen right now. It was a great idea, because the game may not be as long as the latest Rockstar offering, but every second is curated to be a powerfully crafted experience.

That presentation extends beyond the environment. You won’t mistake Deliver Us The Moon for a bleeding edge graphical powerhouse, but it looks very good. At least as good as other hit games in the genre. It’s amazing how good a relatively small dev team can get a 3D exploration game looking. It’s comparable with games on a similar scale, like Subnautica. But I appreciate when a game knows to show restraint in pushing my graphics card to the max, and instead it uses its resources to create a coherent and immersive experience. This is that.