Persona 3 Portable on Switch is a dream come true for me. I have been fantasizing about this title coming to home console for years. However, Persona 3 is a PlayStation 2-era game and Persona 3 Portable started as a PSP-era remake. A remake for a handheld console at that. This game was always going to look old, and it definitely does. The question is whether one of the best games for the PS2 is still worth playing on Nintendo Switch.

Every night at midnight, there is a hidden phenomenon known as the Dark Hour. The whole world freezes in place, water turns to blood, and humans slumber in coffins until the Dark Hour ends. Most people have no idea this phenomenon exists. They’re safer that way because malicious creatures called Shadows attack anyone out of their coffins. Victims of Shadow attacks succumb to a condition known as Apathy Syndrome that leaves them in a zombie-like trance. The only ones who can fight back are S.E.E.S., a secret group that can use the power of Persona to kill Shadows.

You take on the role of a transfer student at Gekkoukan High School, the base of SEES. When the Dark Hour arrives, the transfer student awakens their Persona and is recruited. They soon discover that they are the Wild Card, able to develop new Personas based on their bonds. This unique ability could allow S.E.E.S. to finally strike back against the Shadows and clear the otherworldly dungeon known as Tartarus. But mind-eating Shadows may be the least of S.E.E.S.’s problems.

Where It All Began

Persona 3 pioneered the series’ trademark split between dungeon crawling and navigating the uncertain world of high school. You must balance your studies and making Social Links with other characters with battling Shadows. Forging strong bonds with NPCs and party members will make exploring Tartarus easier. Story progress is once again tied to the game’s calendar system, which is far less forgiving than in later games. As such, social Links are much more demanding. Getting every single one maxed out requires an incredibly strict schedule and probably a flowchart. Fortunately, most of the interactions are worth the struggle. 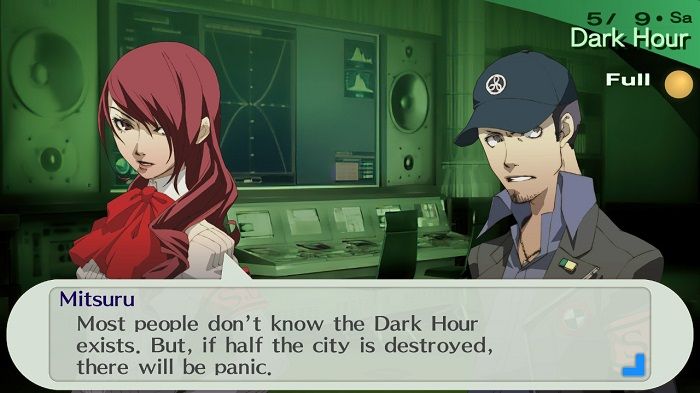 This game gives players the choice of a male and female protagonist. This choice has a significant impact on the game’s events and themes. I’ll never say no to two games in one. The male protagonist is recommended for your first playthrough. The female protagonist’s storyline is intended to follow afterward and expand on it. Most of the voice acting is quite solid. Unfortunately, most of the text isn’t voiced, and there’s a lot of text.

It’s very obvious this is a port of an older handheld title. The protagonist doesn’t have a sprite when you’re exploring the mundane world of Tatsumi Port Island. The in-game 3D graphics are murky and some scenes are clearly animated cutscenes turned into still frames. Plus, the exploration mechanics feel more like a point-and-click adventure game than modern Persona. The fixed camera angles make navigating Tartarus clunkier than modern Persona dungeons. However, the survival horror flair does make for a much tenser experience. There’s something really uncanny about this game’s dungeon and enemy design that I want to see more of.

Each of the three modern Persona titles has a core theme. Persona 5 was about rebellion and injustice. This is a much more somber experience about depression and alienation. Every major character has serious emotional issues stemming from past trauma. Many are driven to self-destruction as a result. 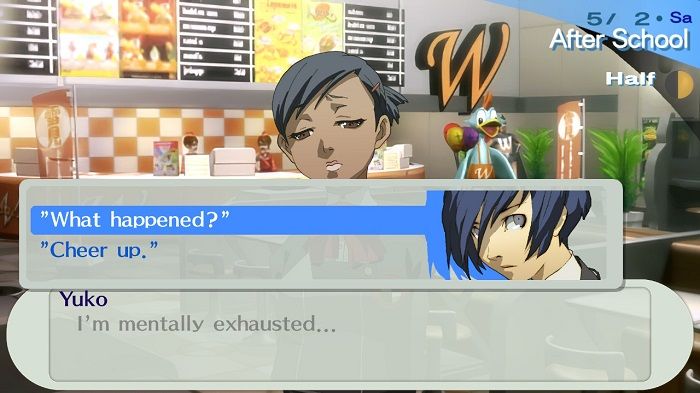 As I said, Persona 3 Portable is about depression. Its visuals and atmosphere are grounded more in the gothic and horror genres than its successors. And there’s a palpable sense of unease throughout the game. Characters summon their Personas by putting magical guns called Evokers to their heads and pulling the trigger, sending a crystalline spray flying like blood splatter. Over and over, the player must confront their own mortality. Persona 3 Portable argues that we can only live to the fullest when we understand how beautiful and fragile life truly is. Although using an Evoker mimics the actions of suicide, the characters use them as an expression of how much they want to live.

Many video games have struggled to portray the experience of being mentally ill. I don’t think Persona 3 Portable is a perfect take on depression, but there’s no other game quite like it. Social Links represent the struggle to connect with others and craft a support network. The varied cast all show different ways that depression and isolation can affect people. And the constant battle against Shadows is the metaphorical fight to keep going made literal.

In terms of style and tone, I like Persona 3 better than Persona 5. That’s why it’s frustrating that this port is so unpolished. Persona 3 Portable deserves better.

Bring Back the Animated Cutscenes

Despite the antique 3D graphics, the portraits and overall imagery of Persona 3 Portable have aged really well. The backgrounds are also visibly aged, but they have a certain retro charm. Unfortunately, the character models don’t look good even on the Switch’s handheld screen. This makes the choice to recreate iconic animated cutscenes with them fall flat. Seeing the protagonist hold his Evoker to his head and pull the trigger, smiling, lacks some impact when you can’t make out the look in his eyes. 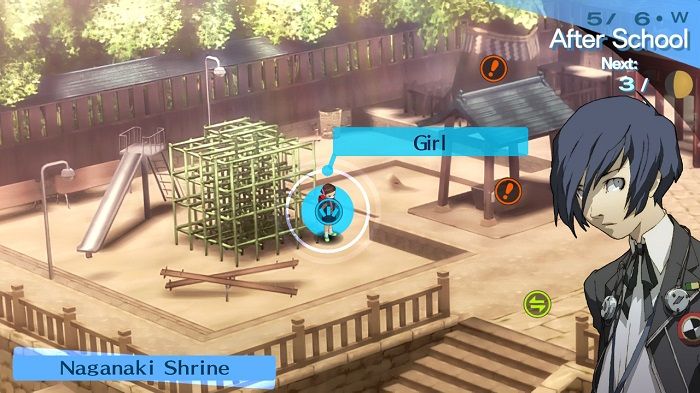 The bloodstained halls of Tartarus and the monstrous Shadows that dwell there are still eerie. And the overall atmosphere of Persona 3 Portable still shows through. The Dark Hour is as creepy as it is iconic. And the way it affects the real world allows major events to take place outside of dungeons. This grounds Persona 3 Portable in the real world and raises the stakes higher than ever. Furthermore, the Shadow designs are fantastic.

Persona 3 Portable’s characters are great, too. S.E.E.S. truly feels like traumatized teenagers clutching desperately at each other’s hands. Social Links are full of self-destructive choices and bad coping mechanisms. People die. There’s an overwhelming atmosphere of tension, fear, and hopelessness. This makes the cast’s determination to spend their remaining time living to the fullest shine brighter. It all comes to a thrilling and thematically-perfect climax. 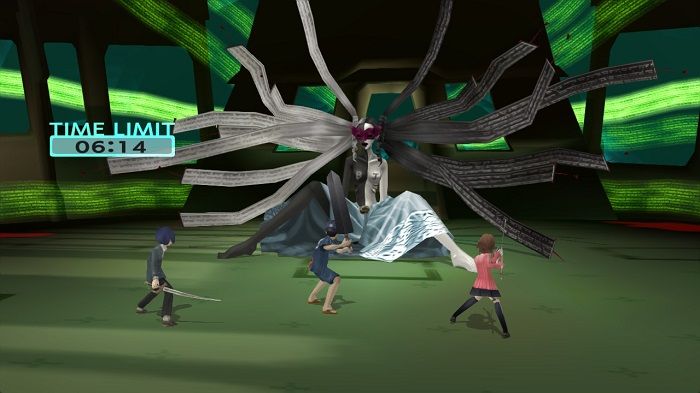 However, this is a double-edged blade. A game about depression, starring depressed characters, is an acquired taste compared to other titles in the series. At the same time, Persona 3 Portable has more bite than either of its successors. All in all, I would recommend Persona 3 Portable to anyone interested in an old and troubled classic. But Atlus, please add the animated cutscenes back for the next remake. 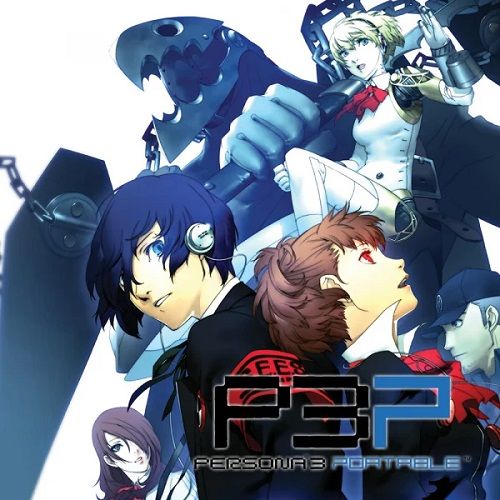