In one sense, I am the perfect person to review One Piece Odyssey. In another, I am the worst. On one hand, I love me some action RPGs and JRPGs. They’re my go-to genre. On the other hand, my familiarity with the ultra-popular One Piece media empire of manga and anime is limited at best. I’ve certainly brushed up against it from time to time, but it’s only slight hyperbole to say that going in, I didn’t know Luffy from Daffy Duck. So, did this Straw Hat neophyte become a One Piece convert? Or is Odyssey strictly for pre-rolled fans? Spoiler: a qualified yes to both.

If you’re into manga and anime, it’s almost certain you’ve spent some — or a lot of — time in the One Piece world, either watching the anime series, reading the books, or playing the games. You probably know if you vibe with Eiichiro Oda’s distinctive art and characters. If you’re new to the series, One Piece Odyssey can be a little opaque at first, as it assumes familiarity with the characters and overarching narratives. I found myself thinking, “well, I have no idea what’s going on, and this is all pretty weird,” but that doesn’t mean I wasn’t engaged. Additionally, One Piece Odyssey builds a gameplay mechanic that takes the player back in time. It helps to give context and backstory to newcomers. It’s also fanservice for devotees of the series.

One Piece: Odyssey starts with the reunited Straw Hat pirates after the battle of Marineford.  After a tremendous storm at sea, the main character Luffy and the Straw Hats are shipwrecked on a mysterious island. The crew quickly realizes something is weird with the island as there towering crystals of frozen lightning, and a constantly raging sea. A mysterious beacon of light reaches into the sky. As the pirates regroup, they realize that a few members of the gang have gone missing. The Straw Hats split off to search. They encounter a pair of new characters, one of whom — a young girl named Lim — strips the pirates of their abilities and locks them in memory cubes hidden across the island. 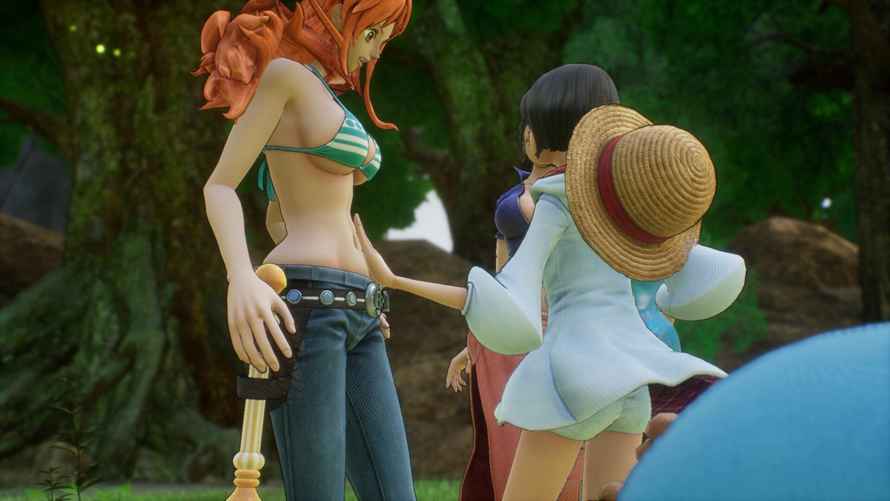 One Piece Odyssey’s story is driven by the pirates trying to regain their powers, and helping new friends Adio and Lim defeat a pair of colossal enemies. Finding the memory cubes transports them to an alternative dimension called Memoria where they play out some iconic scenes and fights from the anime and manga. This is great for newcomers, but it might be old news for fans. In my case, it helped fill in some confusion and questions about Luffy and company.

One Piece Odyssey is centered on exploration and combat, but it isn’t an open-world game. Instead of the gang just moving freely across the landscape towards the next goal, the action is pieced together from short cutscenes, followed by relatively brief action or exploration sequences. This structure results in what I think is the game’s biggest flaw: pacing issues. All those cutscenes are followed by fade-outs and, as a result, the narrative flow is constantly being interrupted. There is a lot of retreading of explored areas, as each character can find specific types of items. It can feel a bit repetitious.

While we’re talking about the narrative, it’s voiced in Japanese with the same emotional, breathless verve as the anime. It’s underscored by dramatic, action-game music that never feels very distinctive. Overall, the writing, acting, and dialogue do a great job of capturing the feel of the anime series. Eiichiro Oda has an unmistakable art style, and the game faithfully translates it into 3D. As weird as they can be visually, One Piece’s stylized characters are at least unique. I only wish the onscreen English translations were as bold and easy-to-read as they are in the anime. Minor quibble. 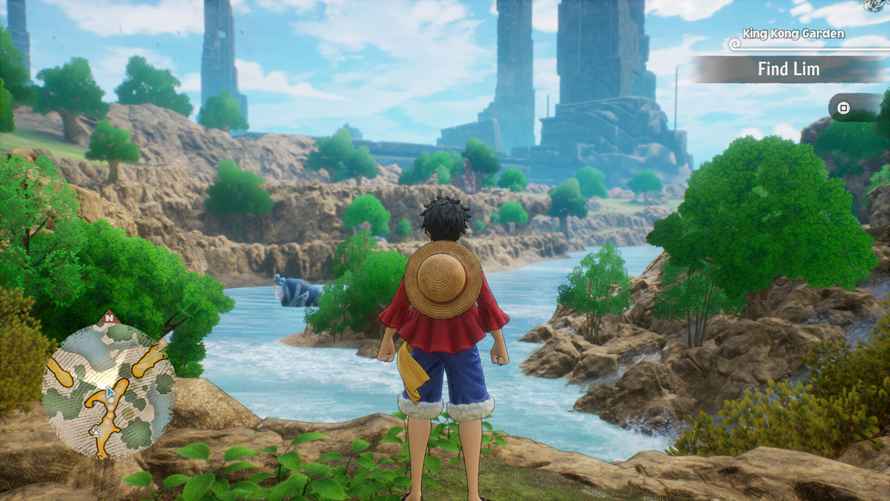 While there’s nothing incredibly different about the turn-based combat in One Piece Odyssey, it’s overall successful and quite engaging. I enjoy turn-based combat that both feels simple and accessible, yet has depth. In One Piece Odyssey, the player starts with a four-member party but can switch characters in and out of battle at will, as long as they haven’t already been used. This becomes a necessity, as each character’s strengths and abilities are key to enemy weaknesses. The rock-paper-scissors balancing of power, speed, and technique keeps players thinking. In One Piece Odyssey, upgradable gear is replaced by accessories that increase specific stats. Combat difficulty is, by design, all over the map. There are easy-peasy, quick battles and more protracted encounters and bosses. Overall, veterans of JRPGs or turn-based action games might find combat on the easy side.

As a One Piece newbie, I went from being confounded by the characters and story to something close to a converted fan. There was more emotional depth and humor to the eccentric cast than I expected, which is probably not news to fans. I’m not sure One Piece will find a permanent home in my entertainment rotation, but I enjoyed getting to know the Straw Hat pirates. 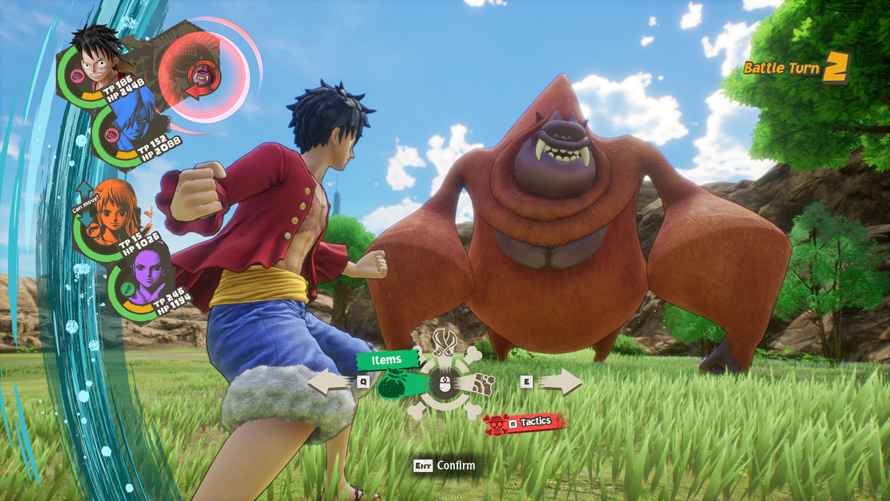 One Piece Odyssey is first and foremost made for longtime followers of the manga and anime. That said, there is enough backstory and information to keep the casual gamer engaged. One Piece Odyssey is a robust, well-made JRPG that’s faithful to the core audience but fun for almost any turn-based action fan. Aside from the somewhat annoying, patchwork pacing and occasionally repetitive backtracking, One Piece Odyssey’s combat and oddball characters are fun to spend time with.