Partisans 1941 Review – A Smooth Blend of Stealth and RTS

Partisans 1941 is a fresh take on World War 2, with an alternate take on the last World War with fictional characters who reflect but don’t represent our history. While the game tackles issues such as the dangers of Fascism, containment camps,  and other dark realities of our history, it’s all fictional. The game is a fictional take on the Eastern front conflicts between the Russians and the Germans, but conflicts such as the ones that play out through the campaign are inspired by true events.

The control scheme in Partisans is a mix of Diablo and a typical RTS, while the gameplay resembles a mix of Hitman and a typical RTS. Partisans 1941 seems to draw the best elements from certain games while ditching aged RTS mechanics in favor of modernized systems. Enemy cones are an example of a classic mechanic used in stealth games that Partisans 1941 brilliantly utilizes to emphasize the threatening presence of Nazi Germany and the feeling of being outnumbered, but not outmatched. Enemy cones are revealed by right-clicking on the enemy and Partisans must avoid these vision cones if they wish to continue their experience in many parts of the game. Enemy dogs are a big threat in Partisans 1941 as they can detect Partisans who are hidden, though strong scents such as tobacco can throw them off your trail. The stealth mechanics are introduced to the game before the RTS elements even, and this emphasis is placed on the stealth side of the spectrum throughout my gameplay experience with Partisans 1941.

The campaign of Partisans 1941 primarily focuses on the Soviet leader Commander Zorin and his resistance against the German occupation in the eastern front. Shortly after escaping Nazi containment, Zorin runs into Fetisov and his 14-year old son Sanek who join Zorin to become the first squad in the game. Each of the characters has their own skill tree, allowing you to optimize them as you see fit. Sanek, for example, has the ability to disguise himself as an enemy Nazi while Zorin and Fetisov flank them from another angle.

Fetisov can shoot everyone in his ability cone as long as he has an SMG, similar to Tony Montana and his “little friend.” Passive abilities can also be improved so you can increase Zorin’s proficiency with Pistols or throwing knives, and Fetisov’s SMG skill for example. While Partisans die just as quickly as the Nazi enemies, they can also be revived by nearby allies. Enemies also run out of ammo just like Partisans, adding even more depth to the strategy aspects of the game.

Just like in Hitman or Metal Gear Solid, enemies can be alerted by making too much noise near them or coming within their general vicinity, and Partisans 1941 makes it easy to gauge the threat level of enemies with a perception meter above the head of each enemy that notices the presence of whichever Partisan you’re moving.  Similar to both classic stealth franchises, Partisans 1941 also allows you to hide bodies in interactive areas in the environment such as a cellar or an outhouse so that nearby enemies aren’t alerted by an exposed body.

Typically, you’ll be stashing bodies in the ever-present bushes, but these environmental aspects add variety to populate areas that involve assassinating rather than fortifying for a shootout. Stealth takedowns are instant kills that barely alert nearby enemies while using a gun will aggro any enemies around you. Considering how often the Partisans are outnumbered in the campaign, it’s important to use stealth elements whenever possible. Tallgrass and bushes are easily used to avoid the attention of enemies, but moving around in them too much will still alert them to your presence, maintaining a heavy emphasis on tactics even in the stealth gameplay. While the tall grass and bushes will feel familiar to Assassin’s Creed fans, Partisans 1941 also features rocks that can be thrown to divert the attention of enemies just like in Far Cry. 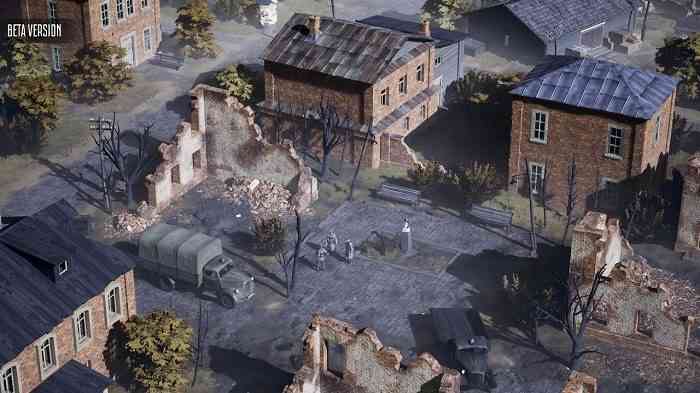 Quicksave is Your Friend

While most things in Partisans 1941 play out in real-time, you can slow time with tactical pause to coordinate all of your Partisans and tactically overtake groups of enemies. While the stealth takedowns and melee combat typically involve risking your cover for a greater reward, most of the shooting in Partisans 1941 is cover-based, with several fortifications that allow you to hunker down and pick off enemy Nazi’s from afar. Zorin also has a throwing knife ability which allows him to eliminate one enemy silently before his allied Partisans come in with the big guns.

Partisans 1941 draws elements from some of the best games that worked while modernizing things that haven’t aged well. A primary example is that even though Partisans 1941 has a fog of war that needs to be uncovered before you really know where you’re going, it has a tip (hint) system that works in a way that ensures I’m never confused as to where I’m going. Just like with most military men and women, the Partisans have an objective and a clear path to that objective.

Tips are all logged in the encyclopedia of Partisans 1941 which can be accessed at any point during the game. Because tips are logged, I recommend anyone playing Partisans 1941 to acquire each of them for future reference, but several tips can be skipped if gamers choose. The problem is that unless it’s a second, third, etc. playthrough, you don’t know which tip is which. The encyclopedia also includes expanded and enhanced lore elements that truly flesh out the game and I encourage anyone who enjoys the gameplay to take some extra time to read the entries that are logged after being found in the environment as you explore the eastern front. 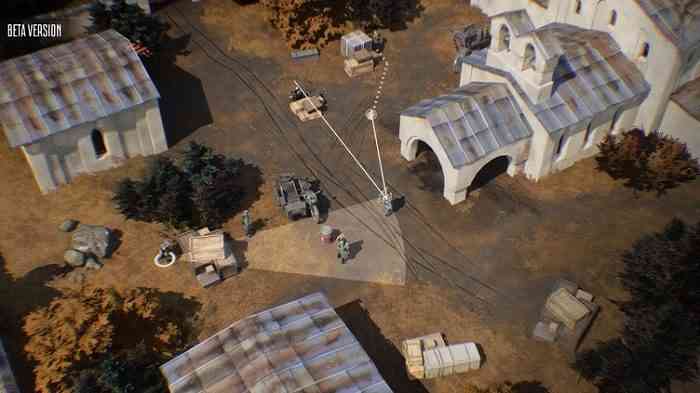 Visuals Straight Out of an Oil Painting

The tactical mode for combat makes the real-time RTS elements of Partisans 1941 feel less overwhelming when dealing with multiple enemies that need to be taken down by different squadmates around the same time. I like the aspects of the game that are borrowed from franchises such as Assassin’s Creed and Hitman, and the alternate take on our history is fascinating to explore both through gameplay and the encyclopedia.

Partisans 1941 takes some getting used to in terms of controlling a squad while moving the camera around. The artistic graphics play off the brilliant lighting of the Unreal Engine and the diverse voice acting is believable for the setting. Daedalic Entertainment and Alter Games have come together to bring a perfect blend of stealth and RTS with a twist on history full of rich lore to discover. 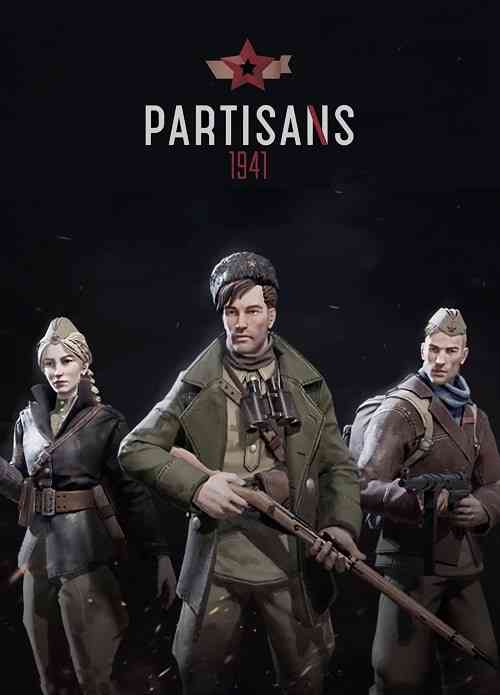