Is Paradise Worth Saving?

On paper, Paradise Killer is the perfect mystery game. A unique setting, interesting characters, and the ability to decide on your own version of the truth? Sign me up.

In practice, the game is a fun – albeit flawed – take on the genre that never reaches the high points of other similar games, such as the Danganronpa or Ace Attorney series.

The game is set on Paradise Island, a realm outside of reality where the leading Syndicate vies to resurrect the gods. Every time an island fails, the council creates a new Island to continue their mission; however, on the eve of the migration, the entire council is murdered. The prime suspect is in custody, but things don’t add up. You play as Lady Love Dies, who is recalled from exile to solve the case. 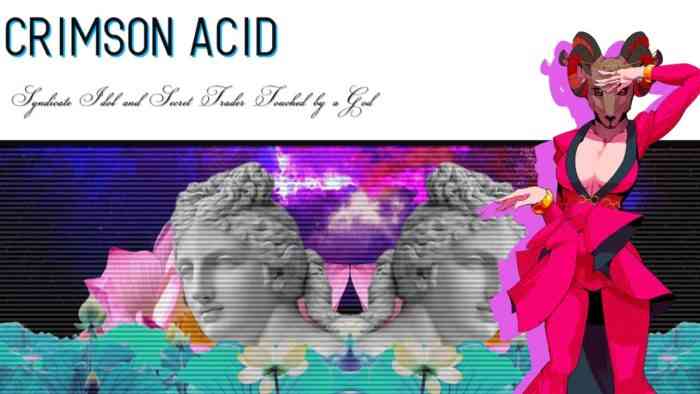 Unfortunately, the gameplay is a simple affair. There are puzzles, of course, but they’re few and far between, and in many cases repetitive. For every “how the hell do I infiltrate this building without being seen” there are five “match the pictures on your computer to the pictures on the screen”. The bulk of the gameplay consists of moving from one area to the other, questioning each syndicate member or examining evidence. Over the course of the game, you’ll amass a series of crimes, each of which has multiple possible suspects.

A New Kind of Noir

On a design level, the game looks great. Maybe not as clean as some of the other recent games, but it does its own thing with an eighties-inspired look which somehow feels noir. Baywatch noir? Neon noir? You decide. Characters appear as cutouts, much like in Danganronpa, while settings are a bit blocky though still fitting the retro feel of the game.

On a sound level, the game focuses on the brighter skin of the story without the darker flesh beneath. It is all eighties inspired instrumentals, similar to what you would hear in a retro racing game. Nothing too special, but again, it fits the theme of the game.

The game’s controls can be a bit frustrating. The game tries to implement platforming segments with mixed results, and there are collectibles (and clues) everywhere, from rooftops to sewers. The issue is that sometimes Lady Love Dies tends to move forward during a jump, almost arbitrarily. In one recurring area, you have to walk on narrow platforms to reach a yacht, but falling off is a death sentence, forcing you to inch your way across carefully to avoid respawning.

Still, I enjoyed the game as a whole, but there are a few major issues that killed the experience for me.

First of all is the navigation. Throughout the game, you gather case files or notes that tell you to explore or investigate certain areas with no hint on how to get there. There is no mini-map or way to tag locations, and even with the ability to show a suspect’s location I often found myself going in a completely different direction than I intended or trying to work my way out of a maze of twisting paths only to find myself in the south of the island when I was trying to go north. Some of the hints as to where to explore are also vague to the point of frustration. I spent a solid hour trying to find one clue that Lady Love Dies had made a note of, only to find it long after giving up in a shed some 200 meters away from the crime scene. 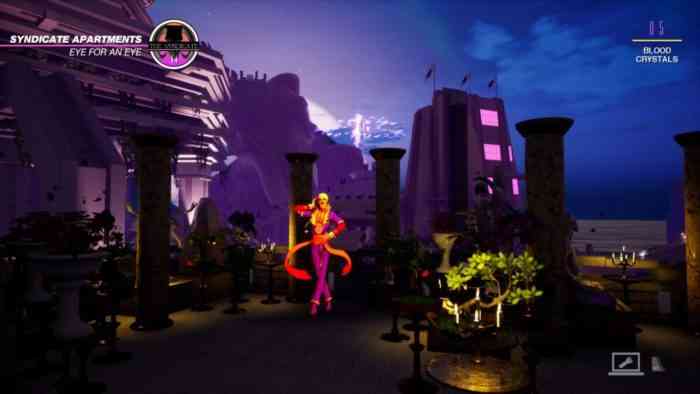 The other issue was the trial gameplay that closes the case. While I loved the idea that you can accuse anyone, and quickly build cases up against multiple suspects in each of the crimes, there is no rebuttal or mechanic to make the trials interesting. You present your evidence, they protest, the judge finds them guilty (or innocent) and they confess (maybe). There is a big focus on deciding what the truth is; however, in practice you’ll find that evidence against suspects you didn’t accuse for that crime has no relevance. While this means you can really focus in on certain suspects at the expense of others (and they will occasionally implicate others), it also means that evidence of a second killer at the crime scene or evidence of a third party often have no relevance. It is easy to build a case against suspects you dislike while letting the ones you care about slide, even though they’ve got a mountain of evidence against them which is never considered.

Still, on a story level, Paradise Killer was fantastic. It could have used a lot of fine-tuning but the setting was unique, the characters were interesting, and it asks a lot of questions about morality, acceptable behaviour, the difference between truth and fact, or law and justice. It’s up to you to decide what is right, but the game is a let down in execution. The experience is a long way from video game paradise, but it has its heart in the right place.


The Three Best (and Worst) Games of September 2020