In 1999, video games were cruising into the third dimension with hits like Donkey Kong 64 and Silent Hill. Outcast was impressive when it released initially, offering a huge open world in a 3D environment with quests, NPCs, and combat. It garnered a bit of fame, became a somewhat small cult classic, and faded into obscurity. Now, eighteen years later, Appeal has remastered their creation for old fans and new players alike. I can easily say that this remaster brings Outcast to life and goes far beyond the original, but at the end of the day, it struggles quite a bit to compete with other remasters with similar price tags.

There’s one huge drawback and it’s the controls. They don’t feel updated or improved in any way. Input delay plays a huge factor, as each command takes nearly half a second before it executes. Platforming sections aren’t fun in any way, as you’re constantly trying to make sure you don’t forget to way too early. As far as the shooting and gunplay goes, it’s OK, not great. Luckily when you’re close, the auto-aim helps a ton but you shouldn’t have to rely on that. Combat becomes more of a chore than anything, which is pretty disappointing because it’s such a big part of the game. Outcast felt reasonable back in its day, but Outcast: Second Contact had the chance to improve upon the original and it simply wasn’t taken.

“Visually, Outcast: Second Contact is far superior to the original.”

Dialogue and facial animations were another other avenues to pursue that weren’t. While what’s presented looks decent for 1999, it looks terrible today. A bit of work could have gone a long way in terms of syncing the audio with mouths. As is, you get some of the most blatant flapping head action you’ll see this year. Furthermore, it doesn’t sound like any new lines were recorded, and none of the old ones sound like they were touched up. Volume levels sound off at times, and conversations are all over the place in terms of quality. Worse yet, the subtitles constantly add “helpful” translations for words and terms that are way too easy to figure out on your own. It would have been amusing if Outcast wasn’t so dialogue heavy.

Most of the actual upgrading that went into this edition lies in the graphics. Visually, Outcast: Second Contact looks far superior to the original. Everything is miles ahead in terms of detail and vegetation, as well as the particle systems used for firearms. Water too gets a huge treatment, and it all helps to bring this remaster into 2017. Unfortunately, even with the touch-up you can’t help but notice how dated everything continues to look. Unless you start from the ground up it can be difficult to get anywhere near today’s standards. Fans of the original will surely be happy to note the improvements, but newcomers will likely be turned off by the finished product. 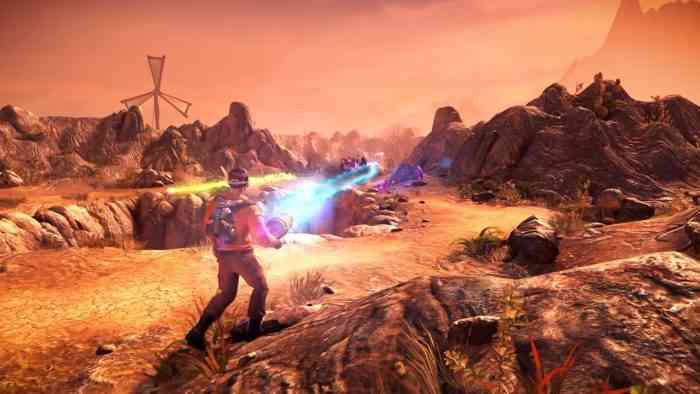 Another massive drawback is simply the timing. The N. Sane Trilogy just released this summer, and at a similar price. There’s also the remake of Shadow of the Colossus coming out soon in the near future, and not everyone can afford to pay for each remaster/remake. The bar has been set kind of high now, and while Second Contact makes a solid effort at improving the original, it falls short. If Appeal had set the price lower then this wouldn’t be such a big deal, but when you’re charging roughly forty dollars for your game, you had better be delivering something polished and concise.

Massive visual improvements definitely count for something, but when you can’t fix the original problems with a game’s dated mechanics and design, there’s not much else you can do. Outcast: Second Contact is a solid attempt at returning to the original classic, but it’s far from perfect. Fans might be rejoicing at a chance to relive the journey and brush up on all the lore, but just about anyone else should wait until there’s a sale. There’s plenty to love here, but the cons, unfortunately, outweigh the pros. 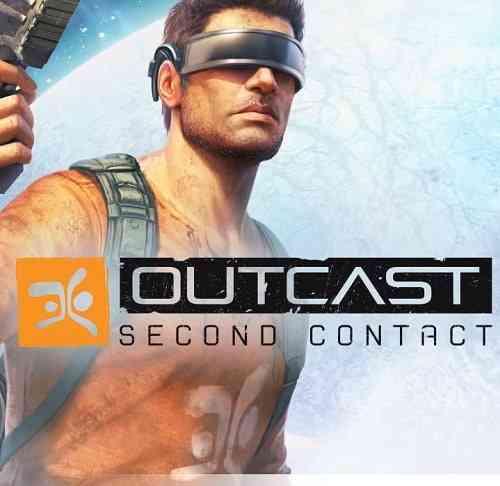 
Lord of the Rings: Gollum Creators Acquired by New Company

Nacon Revolution Pro 3 Delivers on Customization
Next Black Mirror Review – A Dark Reflection Into Madness That Feels Outdated
Previous Batman: The Enemy Within Episode 3 Fractured Mask Review – Cat’s Out of the Bag