A select few games elevate themselves above their peers due to the execution of a number of elements. The masterful combat, amalgamation of several genres and deep, complex narrative made Nier: Automata an instant classic when it was released in 2017. After several ports, the action-packed title makes its way to the Switch but can Nintendo’s system handle the high-speed battles that imbue 2B’s adventure?

Humanity has fled due to a mass invasion of Earth. In the hope to reclaim the planet, they send you, an android whose task is to eradicate the machines. As war unleashes you will slowly learn about the dark secrets of the world in a wonderfully told narrative that is full of twists and turns. Strangely, when you complete 2B’s story, this isn’t the end. Even though you’ll see the credits roll, this is just a small slice of what’s buried in the NieR: Automata.

Route B follows the same events of your initial journey but from a new perspective. While it can feel like a bit of a chore to wade through some of the same locations, you will discover new elements and see events from a different point of view, which can completely alter your initial thoughts about the narrative. During this, you play as 9S, a melee-focused character. His abilities vary from 2B, as you can hack other machines and devices as you fight for the planet. 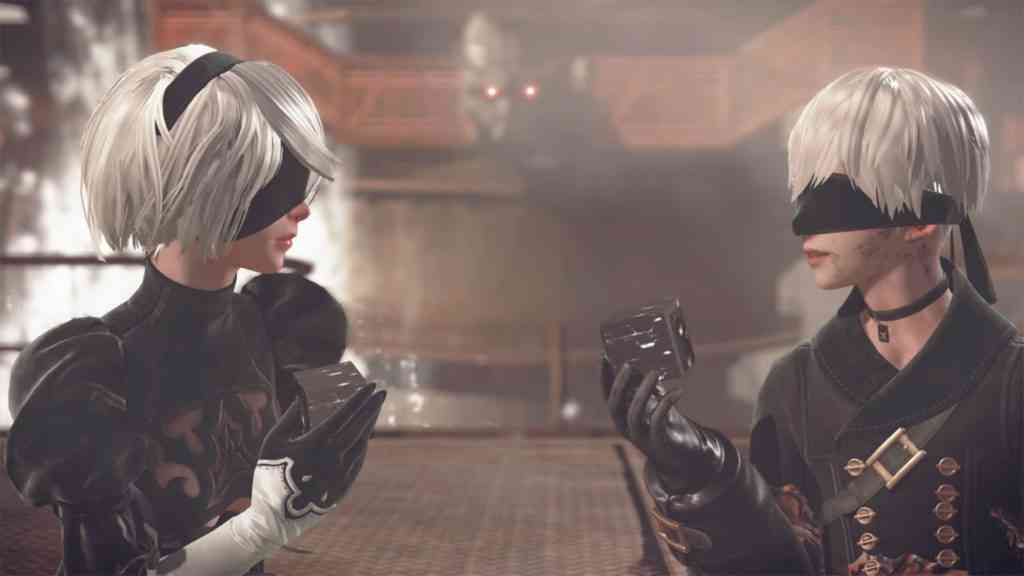 The third campaign delves deep into the narrative. I won’t share the details in order to avoid spoilers. However, what you will experience is an emotional rollercoaster that culminates beautifully. With 26 endings in total, expect to spend hours in this incredible world.

PlatinumGames is the pinnacle of high-speed combat. Each of their releases offers new and interesting ways to eviscerate those on the battlefield. NieR: Automata does exactly this. With a sword in hand and a floating pod at your side, you can quickly combo between ranged and close-quarters combat with ease in a beautiful ballet of brutality.

Enemies vary and so do their methods of attack. Due to this, you must read and counter strikes accordingly. Brutes offer large and powerful forms of attack which you can evade. If you perfectly time this, then you will gain a temporary slow down which allows you to inflict more damage. Arenas can get chaotic. As a result, you must slip past enemies and prioritize character types in order to succeed. You do have access to consumables to regain health, however, with no auto-save function, you will get taken back to your last save upon death, which adds further tension to battles. You can also alter your setup by experimenting with plug-in chips to personalize your character. 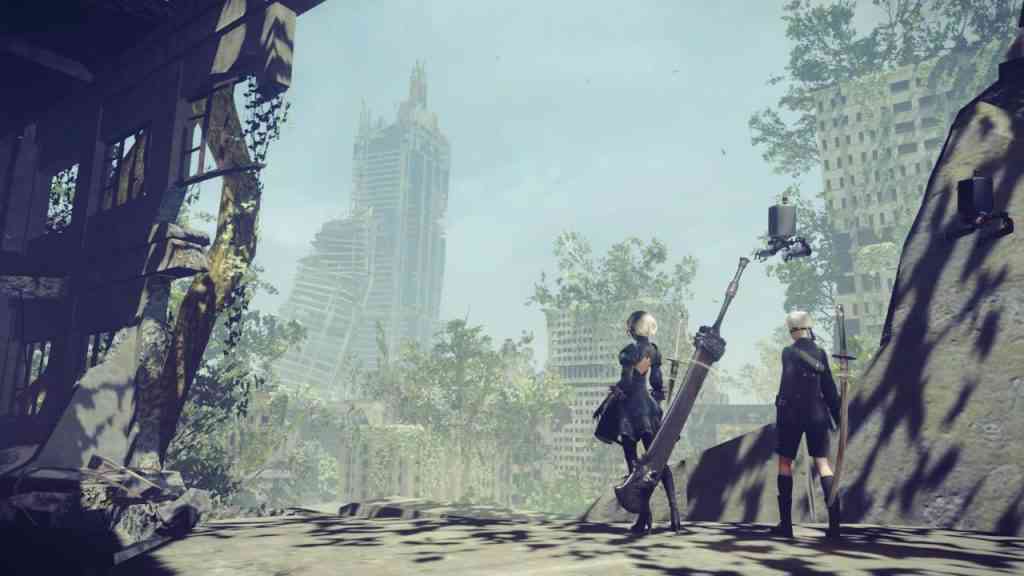 Massive set-piece bosses are a highlight of NieR: Automata. The fights morph throughout battles to make each encounter feel distinct.  Due to this, you will need to alter your approach to fights to decipher the best method to overcome your foe. Some include bullet-hell segments which require you to dance through projectiles whereas others will transform into top-down shooters and much more.

The open world is derelict and devoid of life. Newcomers may feel a little disappointed at the lack of bustle, however, the environment clearly communicates the issues that are prominent in the narrative. Regions alter with pockets of life that tell interesting stories that further build the lore of the universe. Throughout, you will come across side missions that will give further knowledge of the community and individuals.

Scars of the Past

There’s a certain somber, melancholy that permeates the game and this is down to its incredible score and art direction. The beautiful vocal-led melodies combine with the post-apocalyptic visuals to create a poetic experience that will resonate with many. Although some textures are a little bland and the PS3 era DNA is evident, it runs and looks stunning on the Nintendo Switch. Don’t get me wrong, there is a difference compared to other console releases, however, it’s a great achievement to get the game running as well as it does on the hardware. The FPS is a steady 30 and the resolution is nicer when docked but being able to play NieR: Automata on the go is an absolute joy. 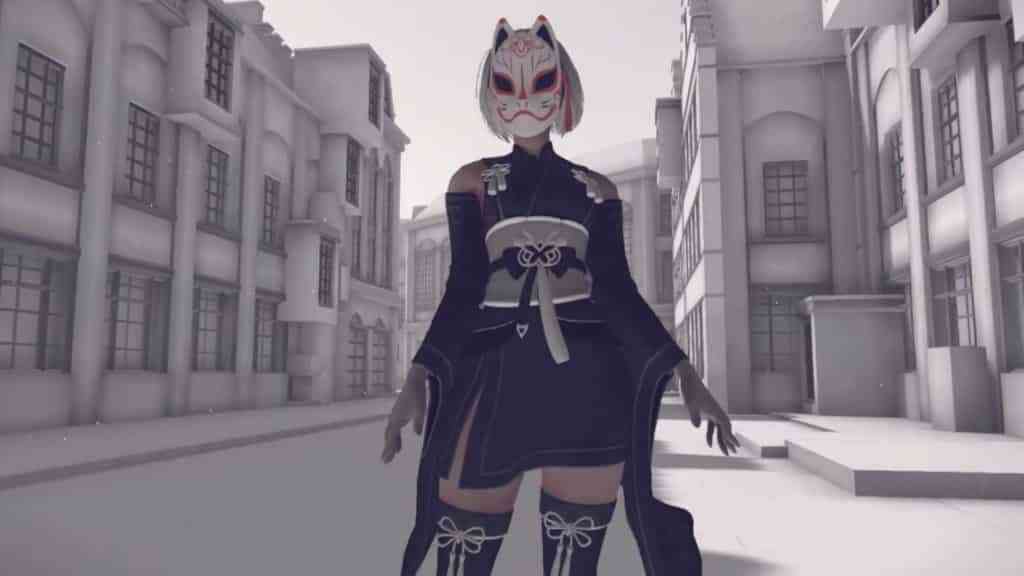 The Game of the YoRHa Edition includes all the game’s DLC. 3C3C1D119440927 adds challenge arenas that allow you to flaunt your combat skills. In addition to this is the brand new 6C2P4A118680823, which offers new costumes and gear based on other ventures in the franchise. Although the additional aspects are quite basic, they add to the already magnificent bundle.

NieR: Automata The End of YoRHa is an amazing package that has been wonderfully ported to the Switch. Those who haven’t played it previously have another opportunity to experience the remarkable epic, whereas the lure of a handheld version may also tempt aficionados back to this sensational hack and slash RPG. 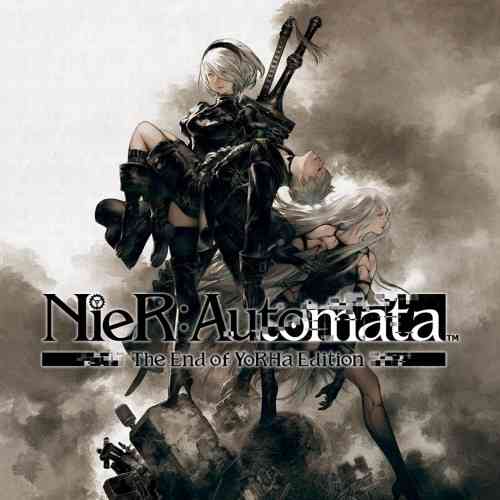