Anyone remember a little, low budget SF released in 1997, called Cube? While the movie was short on money and star power, it had one thing going for it; a tight story. In Cube, 6 strangers wake up in a small, stark room. Each of the six sides is near indistinguishable from the other – a cube. There is only one means of egress or entry. Failure to solve the puzzle of how to exit the cube meant death in a variety of gruesome ways. Successfully solving a puzzle rewarded the player with their life. And the chance to do it all over again. Along the way the traps and obstacles become more intricate and evolved. As does the ways of dying. The goal is to escape not only the cubes but find the exit from the entire structure.

Whether Neverout sought its inspiration from the movie or not, the game is clearly the spiritual descendant of the movie. Neverout however is a solo affair. There are no partners, virtual or otherwise to aid the player. Also unlike the movie, the player gets to live another day if they die. Death can come from falling objects, or by the player falling into a trap be it a spike studded hole or an electric barrier. The other difference is that in the Neverout cube, up is relative to the player. Whatever floor, or wall depending on your frame of reference, the player moves to, that floor becomes the wall. The player can step from floor to wall, a la Spider-Man, making the old floor the new wall. In doing this, any objects in the room are subject to the new reorientation, including the player. In VR this can cause some discomfort depending on how strong your VR legs are. I had no problem in making the necessary adjustments. For the VR squeamish or newbies, there are comfort options that can be turned on to lessen the VR field of vision.

Any objects in the cube will be subject to these changes in the laws of gravity. So loose ones like heavy crates will fall from one axis of the cube to another. If you’re not careful, you will get crushed in the process. The visceral impact of such a demise is minimal though as the game is in first person view and all you get is the screen going red, then black and then the game resets the level. 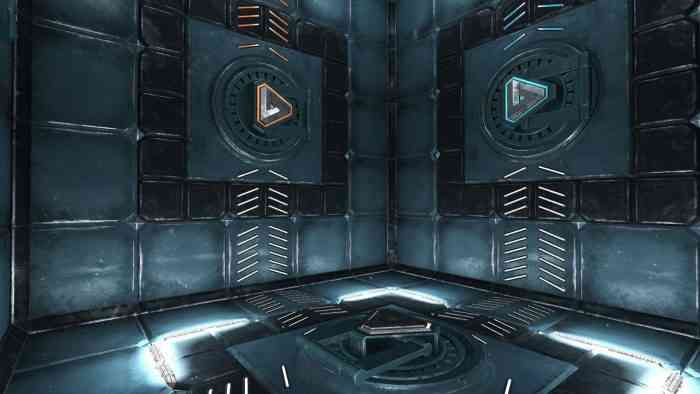 The mobile roots of this game shine through in all aspects. Everything about this game is minimalistic, the graphics, the audio, and the gameplay. Where the game provides some value is for VR disciples. In 2D, the experience is underwhelming. In VR, the experience ascends to a new level of immersion. The mind boggles at the thought of a more fully fleshed out and feature rich similar puzzle experience like the Valve Portal games.

If Setapp realizes this, they should be madly developing such a game! As it is, Neverout is probably the best movie tie-in game to a movie that few are probably aware of, which is not saying much. Neverout is a pleasant diversion in VR but one that only scratches the surface of its potential. 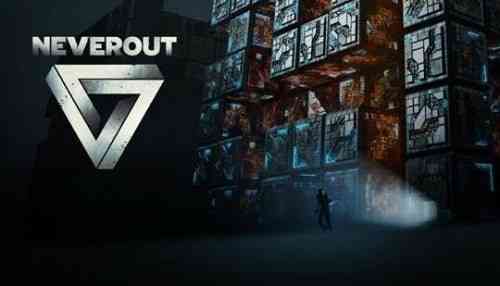