Some time in the near future a nano-virus has wiped out nearly 80% of the earth’s population. As volunteer #137, you prepare to go back in time to solve the mystery behind the Nano Shift. When it comes to premises that’s a pretty good one. Egg Roll Digital Studios’ Nano Shift VR puts you into an intriguing room-scale VR puzzle mystery. I do enjoy a good mystery and thankfully these types of games aren’t quite as plentiful in VR as others, so let’s start with a little more of that story.

The story begins with you, as volunteer #137, in an underground chamber, preparing to go back in time to find out how the nano-virus started. The time machine spins up and – boom! – you’re standing in the house of the main suspect Dr. Bates. Did he do it? Well, that’s what you’re there to find out. Searching through the house will net many clues, including much more of the backstory. One thing to know, however, is that as of right now the story is essentially just Chapter One, so don’t expect things to wrap up into a nice little bow at the end. There isn’t a whole lot that wouldn’t be considered a spoiler (it is a mystery game after all), but it’s ample primer to get you on track with where things may be going in the future.

“[The] puzzles are the real strong point of Nano Shift VR.”

It seems that Dr. Bates has squirreled away all the important information behind a series of different devices that need to be solved to investigate the mystery further. Armed with a backpack for collecting and storing items, you set forth trying to solve these puzzles. Those puzzles are the real strong point of Nano Shift VR. There are a myriad of contraptions to solve and the clues are scattered about inside the house. I was impressed with the degree of difficulty they offered. None seemed overly easy, nor were any overly hard. They all seemed to land in that Goldilocks zone of being just right, enough to make you have to think, but without frustration setting in. That’s a hard line to toe, but Nano Shift VR pulls it off.

What makes these puzzles so good? It’s not just about the design of the puzzle itself but the placement of the clues and items needed to solve them. Nano Shift VR utilizes some of the best room-scale VR I’ve seen yet. I spent time crawling on my hands and knees to look under desks and beds for clues and items, just generally really exploring all aspects of the space. That does, however, present a problem as the space required for room-scale is 2.8m x 2.8m (@ 9 ft x 9 ft). That is slightly on the large side, so to make full use of it you need ample space. The good news, however, is that there is an alternative: standing is an option with the use of some teleportation, but I would still make sure you have at least enough room to lay down if needed. 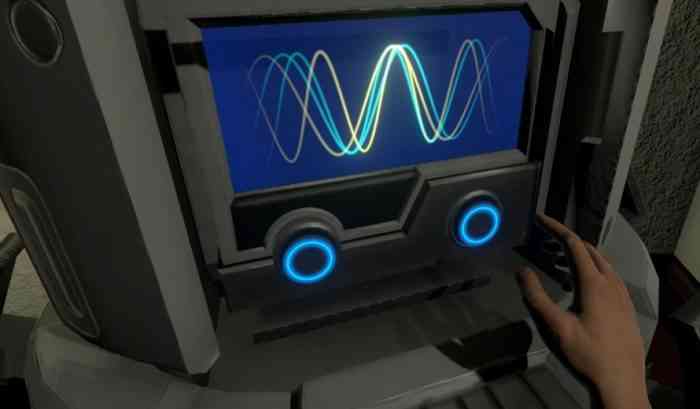 The controls for Nano Shift VR can be a little hit or miss with the Vive. For most things, the Vive Controllers work very well. However, at times I clanked them on one another trying to put pieces together and had to completely re-position how I was holding certain items. It’s not terrible, but this is certainly a game where I could see something like the Oculus Touch controllers being a much better option. There was only really one tool which felt odd using, and that was a screwdriver. Again, I could see this being a lot smoother with the Touch. But overall the hand movements were good and reaching for the backpack to store items was nice and easy as well.

All things considered, Nano Shift VR was a very enjoyable experience. There were only a few minor inconveniences while playing, like occasionally entering a room and finding yourself facing the door you just entered. Plus, I did cheat on the final puzzle by sticking my head slightly through a wall mesh to find what I was looking for. The big question, though, is that of length; Chapter One took me around an hour and a half. That’s not bad and there are 2 more chapters in the works. So there is more to come, but it’s also worth noting that as chapters are added the price will increase. If you do buy it at the current price and can wait for more, then it seems like a pretty good deal, but even on its own it’s probably worth it. 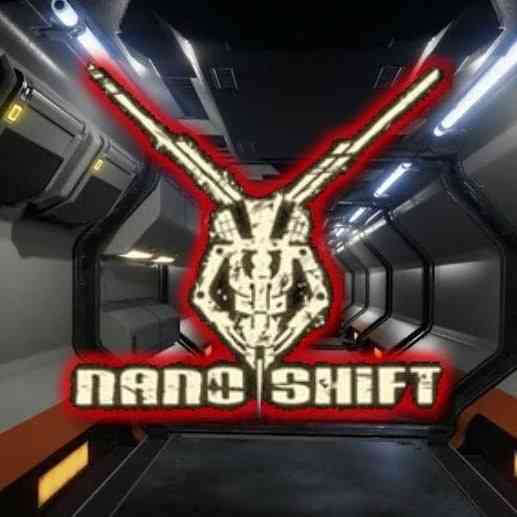