As someone who grew up playing Ridge Racer and Daytona USA, I have a soft spot in my heart for a good arcade racer. While mastering a simulation is satisfying, there’s nothing like drifting around a corner at a speed that would normally leave a driver taking a trip to the emergency room. Sadly, the genre hasn’t seen a ton of love in the past couple years, aside from power-up laden kart racers that have a very different feel to them.

This is why I was excited to see Moto Racer make its return, as the two-wheeled vehicles don’t often get as much love as their four-wheeled counterparts. Sadly, my excitement lessened once I started Moto Racer 4 as I was greeted with some pretty rough looking menus, and a pretty convoluted career mode interface that had me betting stars before beginning a race. It’s safe to say that it wasn’t exactly Forza Horizon 3 in terms of making a good first impression.

“While it was immediately clear that Moto Racer 4 wasn’t much of a looker, as I noticed pop-in as I sped along a desert road, I was enjoying the actual racing.”

Once I actually was playing the game the experience got a lot more enjoyable. While it was immediately clear that Moto Racer 4 wasn’t much of a looker, as I noticed pop-in as I sped along a desert road, I was enjoying the actual racing. My street bike handled pretty loosely, but I got used to and really enjoyed the sense of speed that the game was able to convey.

From a mechanics standpoint, the racing is pretty simple. Besides occasionally braking into corners (in true arcade fashion most of them can be sped through without a second worry), the only thing I really needed to worry about was using my speed boost. This is done by popping a wheelie while racing, and I simply had to press the cross button to trigger a brief timing mini-game that would give me a boost if successful. Afterwards there would be a brief cool down before I could get another boost, but it gives the game a fun loop of doing wheelies while also watching for oncoming traffic and avoiding the twists of the map. 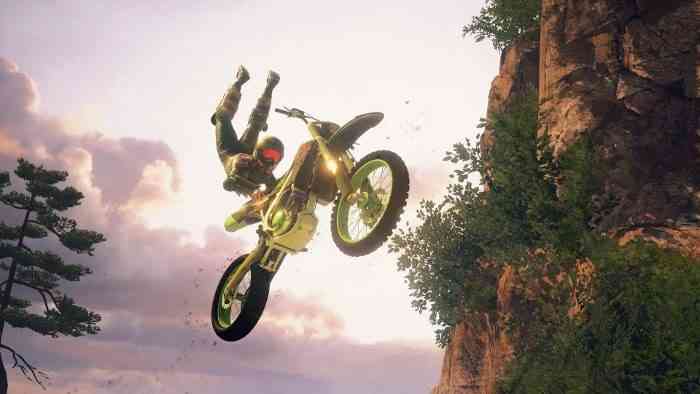 While the racing certainly doesn’t hold a candle to a game like Burnout Paradise, it felt like a refreshing throwback to the racers I enjoyed in the 90s. It was nice not having to worry about any complicated mechanics. Instead, I just pulled down on the right trigger, watched my racer go, and enjoyed speeding my way through the varied tracks that developer Microids put in.
Sadly, the solid on-track action is held back by one of the worst career mode structures I’ve ever seen in a racing game. Before beginning an event (which can range from a standard race to a timed challenge) I was forced to bet stars on how well I’d do. For example, for a standard race if I bet three stars and ended up winning the race I would gain three stars. Conversely, if I came in second place I would lose three stars despite that performance being worth two stars if I chose differently. This ultimately leads to the player replaying stages multiple times (unless they always go for three stars off the bat) simply because the game has a ridiculous progression system.

“While the racing certainly doesn’t hold a candle to a game like Burnout Paradise, it felt like a refreshing throwback to the racers I enjoyed in the 90s.”

Even more frustrating is that on top of this bad progression system, the game also has players upgrading a series of 10 different racers that come into play during the campaign. Sometimes an event will force the player to use a specific racer (each of which has two separate bikes that need to have their stats boosted individually), and if they haven’t been enhanced then the event is typically a lost cause. Points aren’t easy to come by, and I was eventually failing races (which also results in losing stars) simply because I was forced to use a crappy racer. All of the fun I was having with the gameplay came to an abrupt stop due to some terrible design choices.

After becoming disheartened with the campaign, I found myself checking out the game’s other modes. Sadly, there’s not much on offer here as there’s not even a Mario Kart-style grand prix mode to progress through. Instead, I could race aimlessly against AI, or try to get a good time in the Time Attack or Hot Lap modes. It’s worth noting that there is online play with a variety of variants that are seen through the campaign (such as timed eliminations), but I wasn’t able to find a single person playing the game online. It’s really too bad that the online is dead, as it seems like the only way to actually have fun after the first few hours. 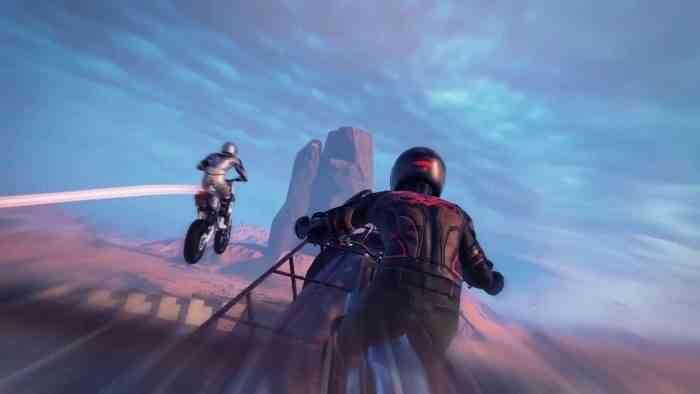 The lack of modes may be disappointing, but the poor PlayStation VR support is absolutely comical in comparison. Those with a virtual reality headset can only use it in two of the game’s modes: Hot Lap and Time Attack. Yep, you can’t even race against other racers in VR. While I was initially bummed out by the lack of modes, that stopped as soon as I actually started racing.
It’s expected that a PlayStation 4 game will take a fidelity hit when played in virtual reality, but Moto Racer 4 looks absolutely horrid in VR. The game already isn’t much to look at, so it becomes absolutely comical when I couldn’t see upcoming turns because everything was so grainy. There is a shift to first-person while playing (otherwise it’s always a third-person game), but that didn’t seem to help the experience any. It’s one of the worst experiences I’ve had in VR, and doesn’t offer up any of the immersive racing that Driveclub VR did.

Moto Racer 4 is a prime example of a missed opportunity. The gameplay is enjoyable in small bursts, but it’s packaged in such a terrible way that it becomes hard to recommend even to longtime fans of the series. With some extra polish and a different structure it could’ve been a surprisingly fun throwback package, but in its current state it reeks of being rushed to release. 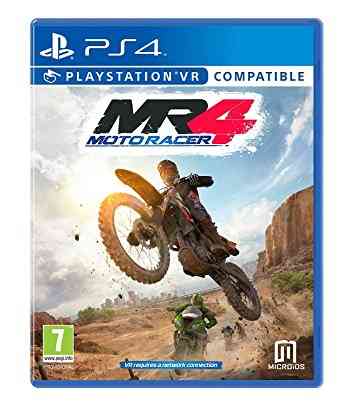 
DIRT 5 Review – Playing in the Mud