Minute of Islands, from German developer Studio Fizbin, has a well-conceived story to tell, replete with actual themes and interesting twists on ages-old narrative conventions. Unfortunately, and I seem to feel this often with recent indie games, the developer has chosen to tell the story through the medium of interactive entertainment, but where the player’s input does nothing but move the tale from page to page and has no real impact on the world or character. Now, many — maybe even most — games have linear stories whose outcome is more or less predetermined, but getting there demands thought or skill or overcoming some interesting obstacle. With Minute of Islands, the mechanics are unengaging, inconsistent, and feel like they add nothing to the narrative at all.

Minute of Islands is the story of Mo, a young girl who is tasked with repairing fans that are scouring the air of her home islands of toxic, hallucinogenic spores while she also revives four giant brothers who live underground and power the machinery. She sails around the archipelago, visiting various ruined and familiar locations, solving simple puzzles, and progressing through a story that has elements of a family drama, emotional trauma, and post-apocalyptic survival. As a story, Minute of Islands hits a lot of interesting notes and feels simultaneously both mythic and intimate, and ultimately does a great job of deconstructing the classic hero’s journey template and turning it on its head. To say too much more would spoil the best part of the game: its story and emotional, psychological, and narrative beats.

The game’s visual style and art direction fit hand-in-glove with the tone of the narrative and sorrowful subtext. Hand-painted, it is a world falling apart at the seams and there are images of decay, disuse, and death both in the margins and center frame. Seagulls tear at the entrails of a beached whale, and the islands are slowly dying. Hollow-eyed giants slouch inert beneath cavernous arteries of biomechanical structures. The art is colorful and imaginative, but grotesque, haunting, and disturbing in equal measure. The Kafkaesque tale is intoned by an unseen narrator and although the music is primarily tense, punctuating chords there are excellent details in the environmental sound design. 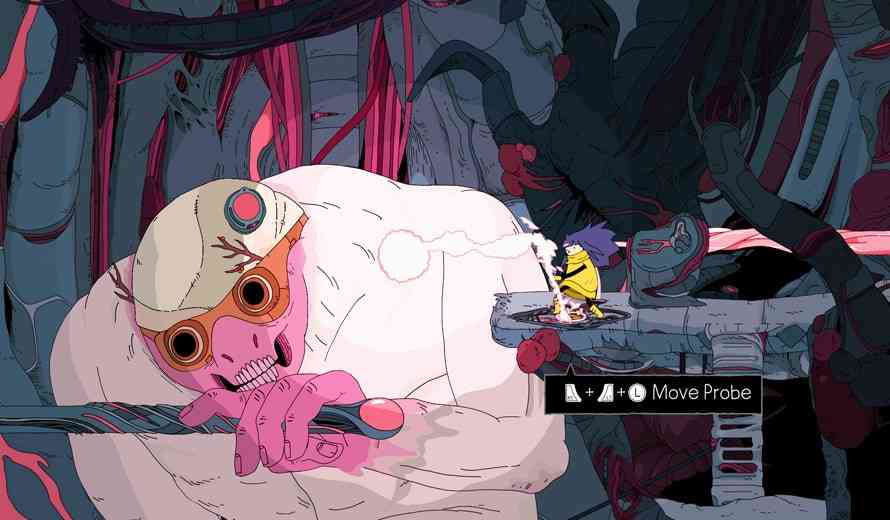 In fact, the art, narrative voice and animations do such a good job of telling the story that Minute of Islands could easily content itself without any game mechanics at all and simply be a dark little fairy tale. Instead, the developers have married their story to puzzle platforming mechanics that I suppose are meant to engage the player but consistently feel pointless, if not actually annoying. Mo has a single tool called the Omni Switch, which she uses in a handful of ways to turn cranks or redirect power, or to solve simple environmental puzzles. She can jump or climb, but only, of course, where the game arbitrarily allows her to do so (and which has nothing to do with the logically consistent height of platforms). She examines random highlighted objects, whose descriptions help illuminate the story. At nearly every point, the game explicitly tells the player what to do, and calling the mechanics “puzzle-solving” would be to intimate some sort of player creativity that simply doesn’t exist. Throughout most of Minute of Islands the gameplay mechanics often feel like an unnecessarily elaborate variation on swiping an e-book to turn the page. 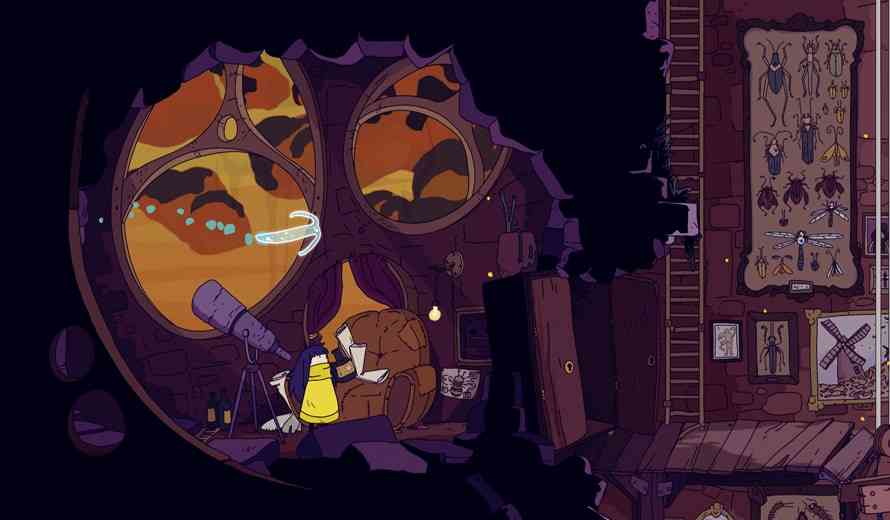 Minute of Islands opens with a trigger warning and a hint that it will not shy away from disturbing themes, and it keeps that promise with a story that is layered with emotion and thematically complex, told through a visual medium that is haunting, full of detail and frightening in its implications. Minute of Islands tells its tale confidently but its potential power is undercut by its mostly uninspired and largely irrelevant game play mechanics. It never felt like it mattered how I played the game because sooner or later the story would eventually unfold as long as I kept clicking and pushing the character through her small range of tasks. I think that playing through Minute of Islands is worth your time if you enjoy dark themed stories and distinctive art, but don’t come with high expectations for the puzzles or platforming.

League of Enthusiastic Losers Coming to Switch and Xbox