Isometric brawler, Midnight Fight Express, aims to place you in the lead role of a frantic, action movie. Up against impossible odds, your goal is to eradicate all in your path and leave a trail of bodies to your next victim. Has Jacob Dzwinel found the perfect formula to create a beautiful ballet of brutality or is it just a button-bashing B-movie?

In a city where corruption lingers at each corner, a legend of the streets looks to make a difference. With the guidance of a mysterious drone-controlling character, you take on crime bosses in a story that unravels as you progress. Sequences are presented as flashbacks with Babyface being interrogated by the police. In these segments and from enemies, you will gather information to build a clearer picture of the narrative. The lack of voice acting subtracts from the cinematic experience of Midnight Fight Express and the dialogue itself is forgettable but does give context to the violence that ensues.

The First Rule About Fight Club Is…

In each of the 40 levels, you will conduct a symphony of savagery on a wave of foes. As a combat expert, you can use your limbs, surroundings and anything you can grab to pummel your opponents. The number of enemies that approach can be daunting but it’s an absolute thrill to pirouette between them and unleash John Wick-style combinations. Taking inspiration from the Arkham series, you can easily dart around stages by simply aiming at a goon and pressing the attack button. On-screen prompts can also appear and allow you to finish foes in style. The fluidity of the animation at these points is fantastic and perfectly echoes that of a John Woo flick. 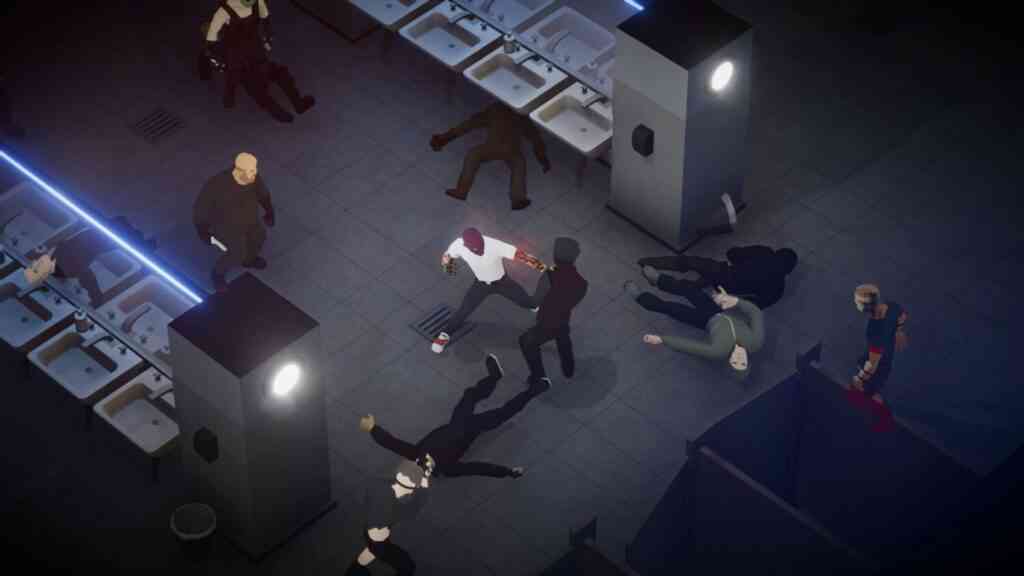 New enemy types are regularly introduced which ensures that each battle in Midnight Fight Express continues to be exciting. Due to this, you’ll have to constantly adapt your approach and prioritize different characters. This is where weaponry becomes a factor. You can quickly and easily throw items that litter the environment or pick up items and use these to decimate your opponent. From baseball bats to machine guns, there are a lot of options to inflict damage, as a result, you’ll find yourself using anything in arm’s reach to get an advantage.

Periodically, the game shifts to vehicle segments which adds a new pace to the combat. These are a highlight and aren’t overused which makes their occurrence a joy. Unfortunately, there are odd introductions that aren’t as successful. Some one-off enemies or challenges can create a difficulty spike that will halt your progression. In one scenario, a motorcyclist is circling as you take on various enemies. These can crash and explode which adds an additional hazard to be aware of, however, their unpredictability and the blast radius can make the sequence feel a little unfair.

As danger lurks around every corner, you’ll need to perfect evasive maneuvers. Particularly with bosses, dodging becomes imperative. You will need to read their attack patterns which are neatly signaled and roll out of the way. In addition to this, you can also counter and build a delicious combo. At the end of each stage, you’ll get a score based on various factors and with levels being quite short, this gives an incentive to replay sections and improve your destruction.

Before you jump back into another brawl, you can learn new skills which make Babyface even more of a badass. New attacks, grapples, etc. become available as the game progresses to give you additional options to annihilate those you encounter. As well as this, you can also alter your character’s appearance, enter a training area and check your stats which track collectibles, progression and much more. 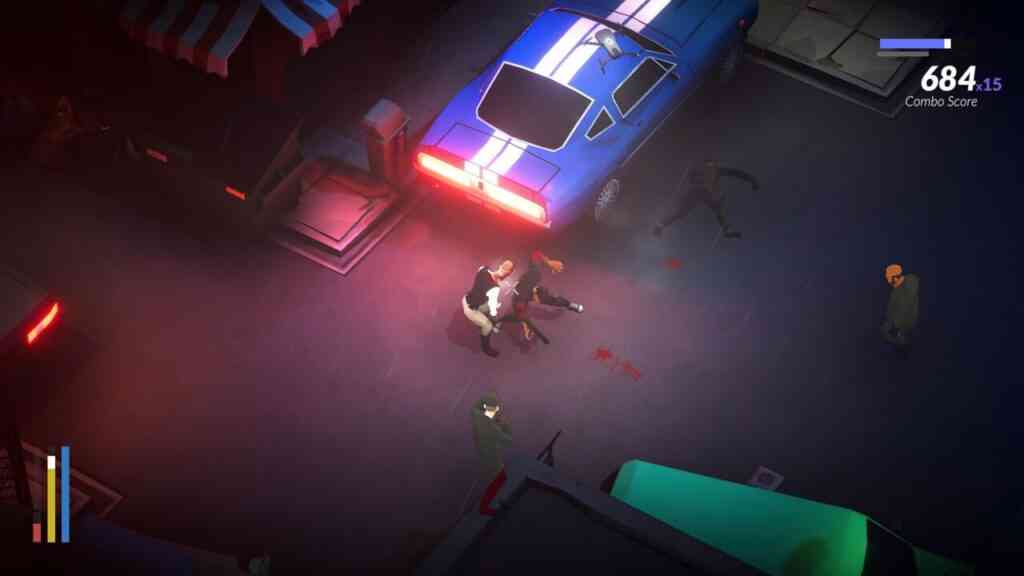 Midnight Fight Express is proud of its influences and these are evident in the game. References to films such as Fight Club, cartoons like Popeye and much more are apparent. While this may sound jarring, it works due to the thread of humor that loiters in the adventure.

The presentation and visuals are a little rough. However, due to the camera angle and fluid animation, it’s not an issue. Characters lack detail and are blocky which gives it a distinct art style. Environments are colorful and full of atmosphere but the whole world is brought to life with the stunning sound design. The electronic audio pumps and pounds while you introduce as many people as possible to your fists. Each smack is accompanied by suitable thuds and thwacks to make each contact feel visceral.

Midnight Fight Express captures the action synonymous with films like The Raid. Combat feels great and includes enough depth to pull off technical combos but is also simple and accessible for newcomers to the genre. The story is a miss-fire and lacks the cinematic flair which is within the gameplay. Whilst the aesthetics are basic, it does feel like a fight through a seedy underworld. The addictive gameplay loop makes you want to replay levels to achieve the highest score. Ultimately, Midnight Fight Express achieves what it set out to do: make you feel like an absolute badass. 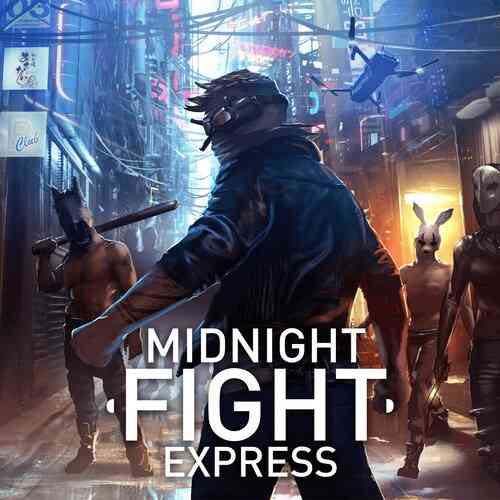