MediEvil Review – A Spooky Overhaul of a Devilishly Difficult Classic

For better or worse the ludicrously difficult, but way ahead of its time MediEvil has been remade from the ground up. This is one of the great PS1 classics, and the reason for that, and the reason it has endured all these years, is its excellent Halloweeny presentation. Imagine Tim Burton designing a Halloween-themed videogame, with an added emphasis on the hilarious, and you’ve got a game people will want to like. Everything, from our hero’s toothy, jawless face, to his goofy, floppy walk just oozes with style and humor. But is this spooky flair enough to make a game great for modern players? Yes and no.

MediEvil stars Sir Daniel Fortesque, a knight who led a charge against the evil necromancer Zarok, and has been remembered as a great hero. In actuality, Sir Daniel was hit by an arrow right at the beginning of the battle. 100 years later Zarok has rerisen and accidentally summoned our hero along with the rest of the undead. Now Sir Daniel has a chance to actually defeat the necromancer and live up to his legend. The story is one of the best reasons to play MediEvil, and is a driving force throughout the game.

Right from the beginning, we know that our hero is more bum than champion. The game never ceases to tease him about his false reputation. Even loading screens take shots at Sir Daniel. Another great example of the game’s use of humor is how Sir Daniel tears his arm off and uses it as a club, before he gets his sword. Most other games would just have a punch attack or no attack, but it’s these small details that show off the care put into MediEvil’s presentation.

All of the visuals and cutscenes of the original have been left intact. Every pumpkin and tombstone I remember from the original is still in place. There are some small additions to cutscenes to flesh out the story a bit, but this is very much a ground-up recreation of the original game. The creators even went the extra mile to get the game’s original voice actors to return. The Danny Elfman-like score has even been re-recorded with a full orchestra. 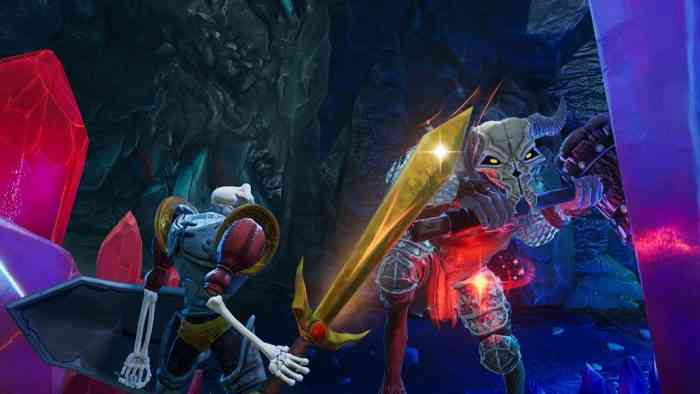 Gameplay-wise, everything about MediEvil has been left intact. This is a square to attack and X to jump kinda game. But one very important feature has been changed. If the player holds down the R2 button, the camera shifts from an overhead view to an over the shoulder view, which makes it so the player doesn’t suffer cheap deaths from off screen attackers. And the right joystick can be used to change the camera. MediEvil is a difficult game, and at times the original was unfairly so, but this remake has remedied some that unfairness. However, the R2 camera isn’t always useful, and I found myself using it less often than I initially thought. Although I would have preferred a dodge mechanic, the improved right stick camera makes a world of difference.

The difficulty may be a turn off to some. The platforming can be stiff, and boss battles remain frustrating at times. This is a game without checkpoints, and deaths come often. Although the game looks family friendly, the difficulty is hardcore, and only those who like a strong retro challenge need apply.

MediEvil is a straight forward hack n’ slash game, originally made for the PS1. It’s presentation and sense of humor set it apart from its contemporaries, and improved camera controls have modernized it. The graphics are now rendered in 4K, and the music is orchestral. If you’re a fan of PS1 classics like Crash Bandicoot, or Spyro, but would like a heavier emphasis on action, then MediEvil is just what you’re looking for, especially if you want an old school challenge with some new school tweaks. If you’re not into retro gaming, however, MediEvil won’t be the game to convert you.

***A PS4 Code was provided by the publisher for review*** 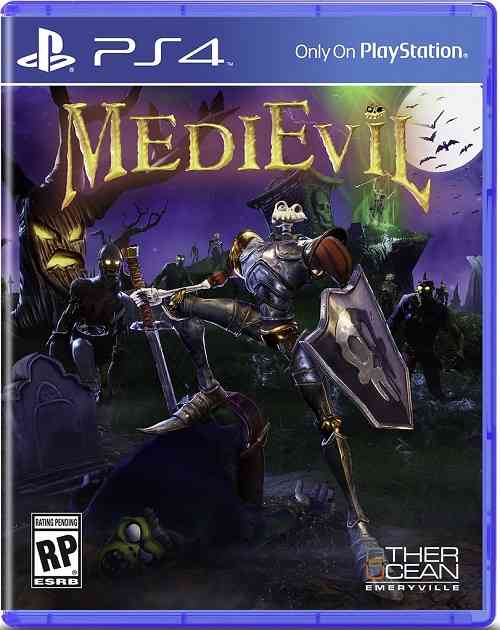