Macrotis: A Mother’s Journey Review – A Tale of Love and Perseverance

After its initial release in 2019, Mother Bilby has made her arduous journey to the Nintendo Switch. With a beautiful visual art style and a deeply emotional narrative, this 2.5D puzzle platformer should not be overlooked.

After a vicious flood separates the mother from her children, you are tasked with guiding the strong and resolute Bilby through a series of underground caverns to reach the surface and reunite with her family. In solitude with only her inner-monologue to keep her company, Mother Bilby’s worries and concerns are easy to relate to, resonating with the player. The fragility of the character is brilliantly brought to life by Mallory Echelmeyer, who helps to give authenticity to the character’s struggle. During your trek, you will encounter a wizard who not only develops the gameplay but also adds to the narrative. Conversations between the two are touching as they recount tales of family life, something that they both hope to experience once again.

Venturing through tunnels and caves is an absolute joy. Without a single enemy in the game, Macrotis: A Mother’s Journey is purely a puzzle platformer. Each area is a conundrum that you must decipher through trial and error. Proud Dinosaur has done an excellent job at developing the puzzles so that they steadily progress in difficulty whilst feeling diverse. New mechanics are methodically introduced allowing Mother Bilby to gnaw through ropes and even harness the wizard’s magical powers. At this point, the protagonist can create an astral replica of herself, summon walls and pass through obstacles which helps to add variety to the gameplay. Although none of the puzzles left me completely perplexed, they offered a decent challenge that was satisfying upon completion. 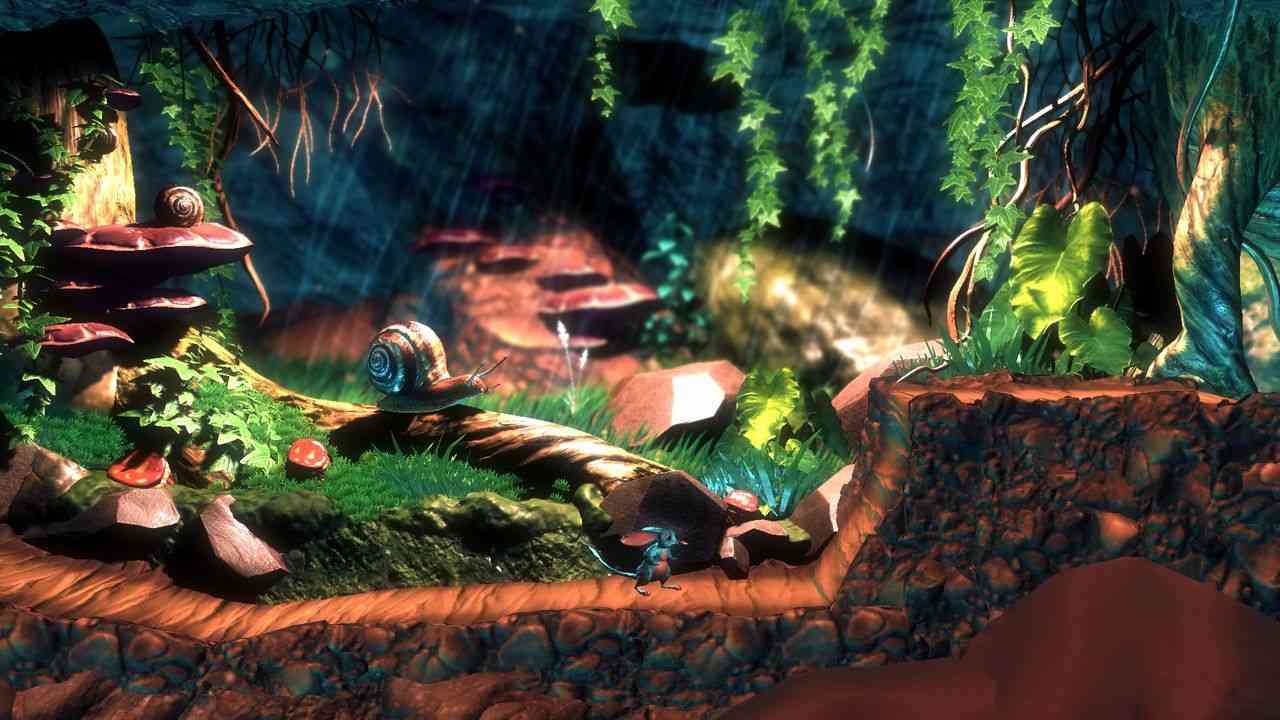 The majority of the gameplay is at a gentle pace, however, particular sections have timed-based elements which are refreshing additions to the gameplay. For example, in one section, you have to race across platforms as the astral replica, knocking hazards into the water before your other self reaches the danger. These alterations to the gameplay ensure that Macrotis: A Mother’s Journey never outstays its welcome. Movement can be a little stiff at times and is more noticeable at these time-sensitive sections. Although the weighty feel suits the premise, it does make the moment-to-moment gameplay less fluid than others in the genre.

Dotted throughout the terrain are odd collectibles adding another layer to the puzzle. Often you will have to adapt your route in order to collect the items as well as reaching your goal. Although these act as a small incentive to replay the game, I highly doubt many would revisit the puzzle-centric title after completing the 3 to 4-hour story. 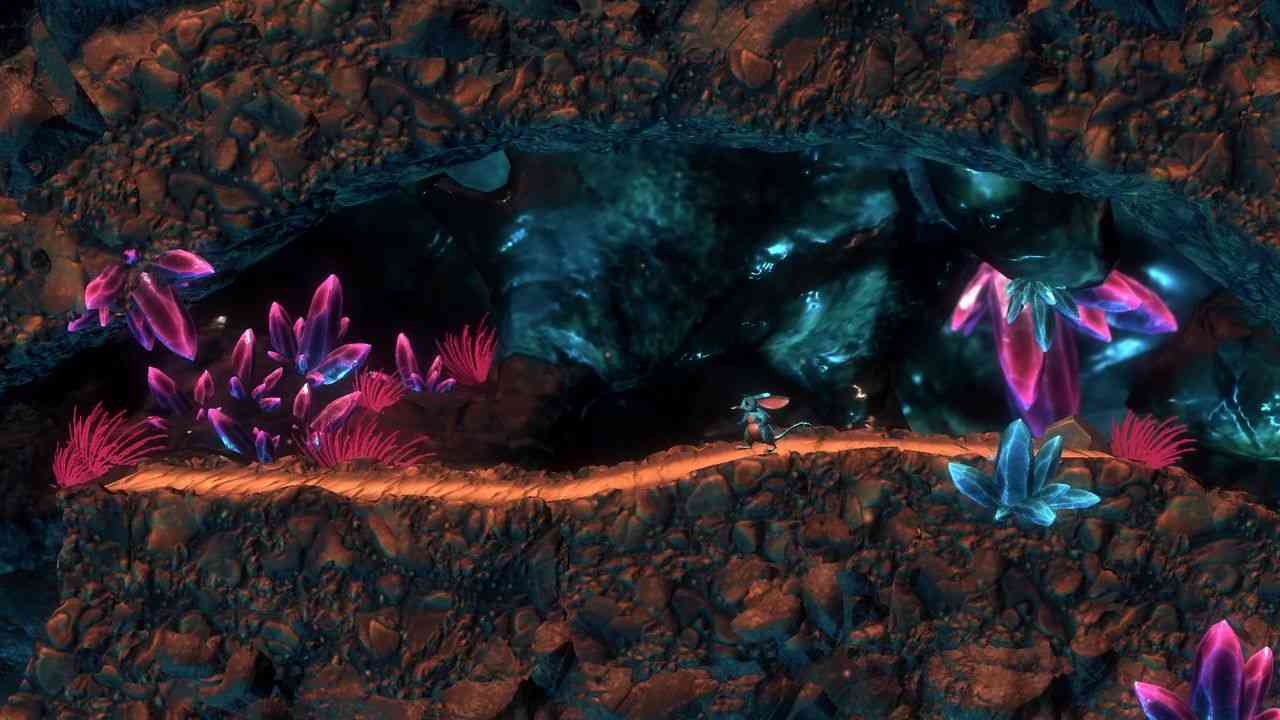 Undoubtedly, the most endearing aspect of the game is the Disney, Don Bluth-Esque visuals that will melt your heart. The beautiful large-eared heroine is incredibly animated, amplifying every step as you stumble to safety. Unfortunately, interactions with the environment aren’t animated nearly as well as the protagonist. As large rocks smash the surface of the water, only a small animation resembling a pebble plopping into the ocean accompanies the event, which is disappointing. The vibrant backgrounds are littered with remnants of a lost civilization anchoring the mystical feel of the game. Intensifying the ethereal ambiance of the title is the enchanting soundtrack that is brimming with sorrow. The fairy-tale aspect of Macrotis: A Mother’s Journey is further realized through the cinematics that takes the form of stills and narration, evoking fond memories of childhood.

There are odd performance issues that hinder the experience. At times the frame rate dropped, however, I only noticed these minor concerns when playing in handheld mode. In spite of this, my enjoyment of the game never dipped due to the clear love and passion, infused within the game.

From the moment you lay your eyes on Mother Bilby, you’ll fall in love with this title. The beautiful animation, emotive story, and luscious backdrops echo great cartoons of the past. Proud Dinosaur has expertly crafted puzzles that mature in quality and difficulty as the game progresses. Although Macrotis: A Mother’s Journey is relatively short and a little sluggish at times, the game imbues quality, making this a journey worth taking. 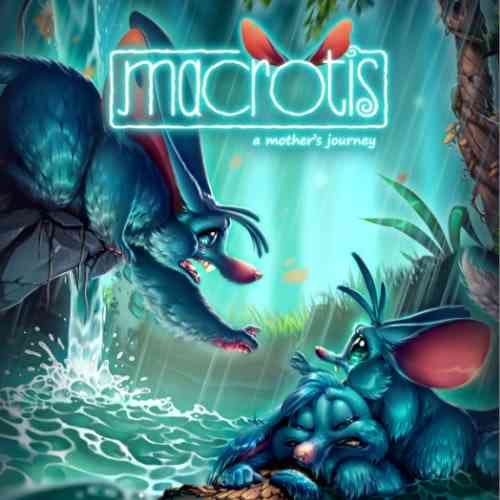 Toy Story Realm Coming to Disney Dreamlight Valley This Fall
Next Out of Line Review – Connecting The Cogs
Previous The Legend of Zelda: Skyward Sword HD Review – Sunshine On A Cloudy Day