The Legend of Zelda: Skyward Sword HD Review – Sunshine On A Cloudy Day

I have a complicated history with Skyward Sword. I love the Zelda franchise with my whole heart, but I had a terrible time with this entry. The motion controls, the level design, the constant handholding, all of it rubbed my nerves raw. By the end, I was persisting out of sheer stubbornness. This time was different, however. The Legend of Zelda: Skyward Sword HD looks familiar, but it feels like a whole new game. Without the crushing burden of motion controls and endless updates from Fi, this is a pretty dang decent Zelda game.

An important caveat: I am one of the many players struggling with Joy-Con drift. This doesn’t impact the motion controls in the slightest, but it does color my enthusiasm for Joy-Con use in general. Link gets a bit twitchy when he walks, but the real struggle is still centered around controlling his and/or your arms. I was constantly re-centering the right side, while keeping either half in a neutral stance was a mighty battle. Even under optimal circumstances, there’s this exhausting twitchiness associated with motion controls that I can’t get past. None of this is a problem with the gamepad.

Although I did a few test runs with motion controls, they only made the gamepad option feel even better. I can’t overstate what a relief this option is. There’s a calm precision about sword battles with the right stick that you need to experience to appreciate. At first I was still panicked and flailing from time to time, but I quickly figured out the rhythm. It’s just a single flick in a given direction. My accuracy was downright impeccable compared to the bad old days on the Wii. More than anything else, button controls let me relax and actually enjoy the game I was playing. This also gave me fresh eyes for the other problems in Skyward Sword. 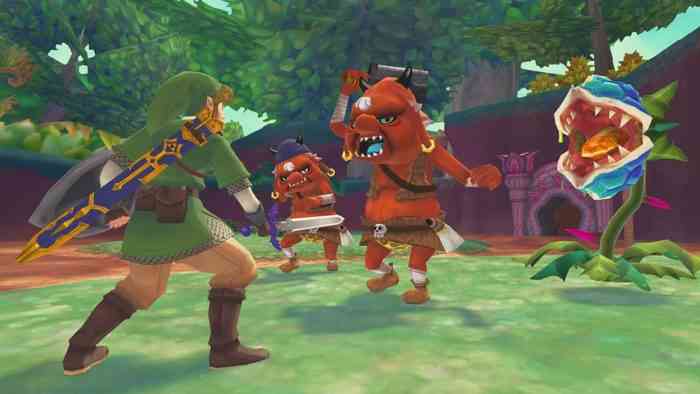 Many of the puzzles and challenges in Skyward Sword’s dungeons are built around motion controls. You need to learn absolute precision before you can move beyond certain enemies and obstacles. The HD version kind of obliterates all this. Which is totally fine! With or without motion controls, the challenge levels ramp up as you progress through the game. The downside is that some dungeons feel wildly uneven now. The upside is that my personal stress levels stayed nice and low. After the hellish slog that was the 2011 release, I’m ready for a more laid back playthrough. 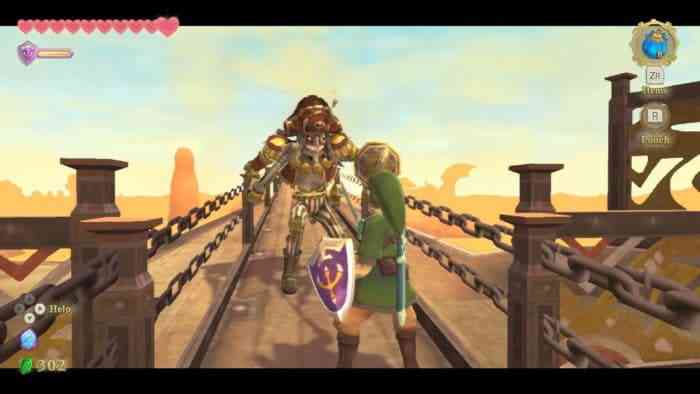 Without the constant pressure applied by motion controls, I can truly appreciate certain things about this game. The music is possibly the best soundtrack in the entire franchise. The Ballad of The Goddess, aka Zelda’s Lullaby in reverse, will be stuck in my head for the rest of my life. Even the Exploring the Sky theme is an impossible earworm, one that now pops up multiple times a day. The battle music, the level themes, all of them are expertly crafted. The other thing I’ve come to appreciate is the narrative.

Zelda games are somewhat light on story. You’re dropped into a sweeping, approachable plot, given a sword, and sent on your way. Skyward Sword attempts to flesh out this bare set of bones with things like emotional weight and relatable motivations. And it totally works! Link and Zelda obviously have serious feelings for one another, and these feelings give every cutscene, every new development some proper gravity. Add in a father that cares deeply for her, along with a supporting cast that’s inexorably drawn to her, and you’ve suddenly got a proper narrative.

The Best Soundtrack In The Series

Of course, this being an HD version, the graphics are nice and crisp. You don’t realize it right away, but this is a huge improvement over the original release. Those old screenshots and clips are quite muddy, it turns out. Fi’s presence is also subtly diminished, in a way that you quickly forget about it. Instead of constantly interrupting you, she mostly shows up for plot reasons. You can still consult her for advice, but her specialty is stating the painfully obvious.

The one thing I still can’t stand is flying. Nintendo somehow took this incredible, exhilarating experience and turned it into an exhausting chore. Even with gamepad controls, I still dread travelling from island to island for any reason. You can’t elevate without descending first, so every trip is twice as long as it needs to be. It’s infuriating and there’s no good reason for it, beyond a confusing need for realism.

On its own merits, Skyward Sword HD still has a little rust on the blade. The level design leans on outdated, clumsy mechanics. Traversal between islands is boring at best, painful at worst. The motion controls, the outdated mechanics in question, are still an absolute third rail, not to be engaged with for any reason. On the other hand, this is an excellent remaster. The introduction of gamepad controls is a true life-saver. Your entire approach to the game, your stress levels, and your focus are altered on a fundamental level. 90 percent of Fi’s handholding is optional now, which tightens up the gameplay loop by several degrees. With these hindrances removed, you can actually experience the game that so many fans still rave about to this day. While it’s not perfect, The Legend of Zelda: Skyward Sword HD is a massive improvement over the original release. 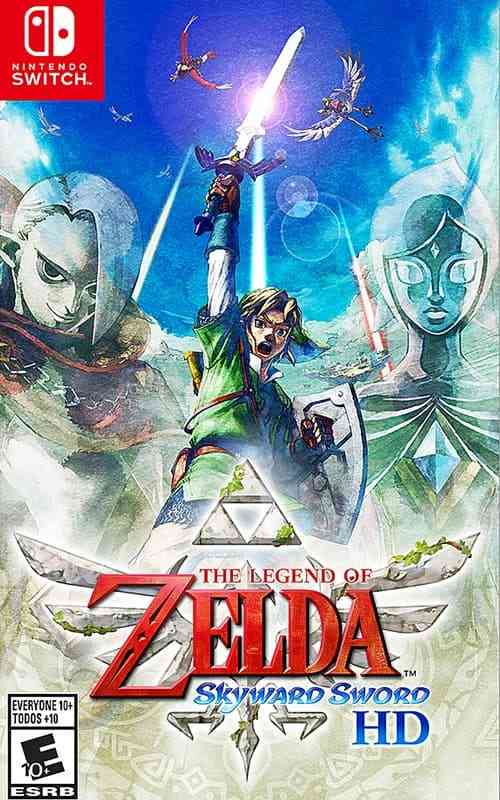