With past LEGO crossover games such as Star Wars, Lord of the Rings, and Batman, not only have I been patiently waiting, but almost at the edge of my seat for a Marvel Universe crossover. Alas, my waiting has come to an end. Having grown up with LEGO and being a Marvel Comics fan, seeing this crossover happen is like a dream come true. The mere thought of Marvel characters having the famous LEGO humour consisting of cheesy jokes and puns was enough to make me giddy excitement. While being offered to review LEGO Marvel as my first ever review, not only was I more than ecstatic, but ready to relive my childhood and get my comic book nerd on. So, does LEGO Marvel Super Heroes prove worthy not only as an addition to the series, but also as a success to gamers and comic book fans alike?

The story starts of with the Silver Surfer being chased by Iron Man with Nick Fury following closely behind. Suddenly, Nick Fury informs Iron Man of an incoming ship and this ship eventually opens fire on the Silver Surfer causing his board to separate into multiple cosmic bricks. Immediately after we see Doctor Doom with his hands on a cosmic brick as he plans to make the “Doctor Doom’s Doom Ray of Doom” with the help of other super villains such as Magneto, Red Skull, and Sandman. Sounds evil, doesn’t it? Now it’s up to the super heroes such as Iron Man, The Hulk, and Spider-Man to stop them from obtaining the cosmic bricks to make this ultimate weapon. It’s a very simple and random occurrence for an opening, but the adventure that accompanies this opener is something I am more than happy with. From the moment I started, my mind was set on defeating the roster of super villains to obtain those fallen cosmic bricks and stop the creation of the ultimate weapon. Of course, I did just that.

As you progress throughout the linear main story you encounter different enemies and super villains and defeat them in your effort to come closer to stopping the creation of Dr. Doom’s weapon. While in the main story, certain items can be collected and unlocked while others cannot. Like previous LEGO games, there are various items to collect and use to purchase, unlock, and achieve a hundred percent completion for a level throughout the game. These items include Lego studs, Minikits, red or gold bricks, and even finding the Father of Marvel himself – Stan Lee. 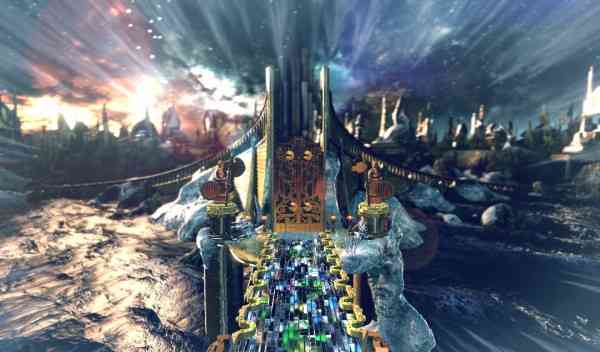 To obtain certain items in the levels characters with specific abilities are needed. This can only be done by replaying the story through the “Free Play” mode which allows you to replay certain story missions with an expanded roster, so certain items can be accessed and obtained that weren’t possible in your first play through. This adds replay value to the game, which is an important factor in my books. Between the story missions you are brought back to LEGO Marvel’s open world version of New York, which includes the S.H.I.E.L.D Helicarrier, Stark Tower, X-Mansion, and various side missions. In this open world, characters can be unlocked and acquired, custom characters can be made, collectable items can be obtained, cars and boats can be driven, and if you have wings or a jet pack you can soar through the sky. It’s an open world you can roam around in for hours.

There isn’t really a strict single player mode per se, as everything can be experienced in local drop in co-op just the same. Although, in addressing playing this game alone, it’s definitely not nearly as fun as playing co-op with someone beside you. There isn’t as much character management of your AI partner (e.g. swapping out different one) since your local co-op partner would be (hopefully) smarter than the AI teammates. In co-op mode you have a choice between dynamic or fixed vertical split screen. Dynamic is just as it sounds as it constantly changes and the adjustment is based on how the two players move. It’s a very unique style but if your co-op partner is Iron Man flying and blasting all over the map, you’ll start to get very dizzy and nonetheless annoyed. Fixed vertical is the typical split from the top to bottom of the screen and stays like that throughout the game. 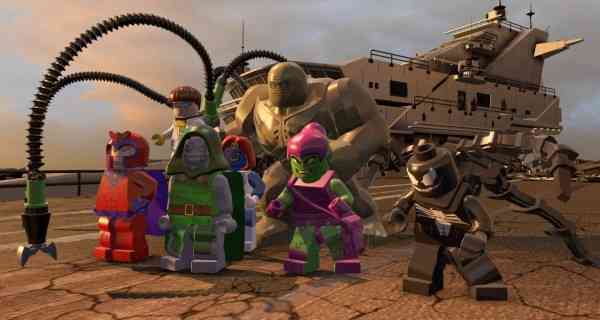 The main story takes about ten hours to beat even as you still try to collect as many items as possible. There are tons of things still available to do aside from the main story, such as, various side missions which can easily add another ten plus hours of gameplay. I was very pleased with how many references are made about characters backgrounds/stories and things in their respective comics. For example, Wolverine doesn’t die even if all his hearts deplete, he merely turns into a skeleton made out of adamantium and regenerates his skin over time. I will admit, when I found out about that I did not hesitate to tell everyone in my household about it. This game really shows its potential in being able to relate to comic book fans and even new comers to the LEGO or Marvel world. It educates players about certain Marvel history and characters in a way that is natural and easy to understand which is very pleasing and rewarding.

Meanwhile, the enemy AIs in the game is quite useless. I incurred more deaths falling off cliffs and bridges than from enemy attacks. Unless, of course, there’s a whole sea of enemies drowning you in their attacks. Other than that, it’s more of a “power in numbers than brains” approach, or in this case a lack of artificial intelligence. The AI teammates are just the same where they can’t really do anything on their own. You have to switch to the specific characters and climb the stairs or jump to pull a lever for them. There’s always at least one other AI teammate in each level with you, so it’s quite a bit of work swapping between characters. 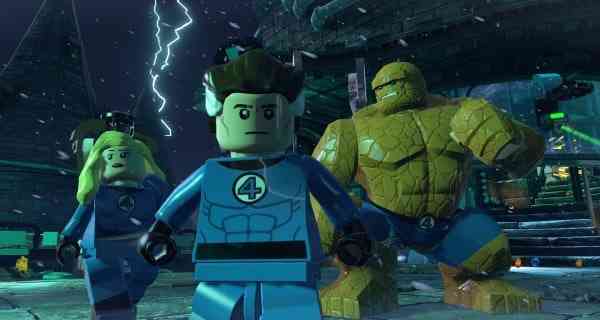 In regards to the game’s visuals, I did encounter a few issues.  Things such as sudden drops in framerate while playing co-op, some longer than average load times, and some occasions where I was unable to move for a few seconds right after certain cut scenes. I was easily able to look past these few technical issues though as they felt like such minor things in comparison to all the goodies and perks the game offers. I was very pleased with how the environment and characters look as the lighting made all the right things pop while maintaining a solid and crisp presentation. It was just like seeing actual LEGO pieces come to life and battling it out right in front of me. With over a hundred playable characters to unlock and choose from, each character has their own unique abilities, animations, and designs and I was blown away at how accurate and detailed they were. For example, Mystique and Black Widow both wield dual guns, but their movement style, attacks, target reticle, and abilities are all different.

Music is limited to the main menu, credits, and certain cut scenes and it didn’t make much of an impact on me as it was almost mandatory in these areas or it would have been dead silent, but it did exist. The voice acting on the other hand is great as it has that famous LEGO humor while also incorporating the specific Marvel character personality. It was a perfect balance between the two that is easily likeable by various types of players.  Also, the voice actor of Agent Phil Coulson (Clark Gregg) is the actual actor of the same character in the live-action Marvel movies while Stan Lee voices his own character in the game. How awesome is that? Meanwhile, the sound effects are like past LEGO games that include the sounds of LEGO pieces breaking/scattering, explosions, collecting of items, and weapons being used. It doesn’t feel repetitive or boring though which is probably why it hasn’t been changed. They have found what fits for the LEGO series and they’re sticking to it.

With two enormous franchise names coming together in one expansive and extremely satisfying title, I think it’s safe to say that LEGO and Marvel has brought us a game that doesn’t come by often and shouldn’t be missed. With its main story and “Free Play” mode, open world aspect, and large roster of characters, it is definitely made for a wide range of players. Whether old or young, comic book fan or not, LEGO Marvel Super Heroes proves to be a game for everyone and an excellent addition to the LEGO game franchise.

Looking For a New Game? Here Are 20 Stellar Game Deals for PS4, Xbox One, and Switch This Week